Gary Zylstra knew he had a problem when constant pain developed in his knee. He was one of more than 1-million Americans each year who opt for joint replacement. 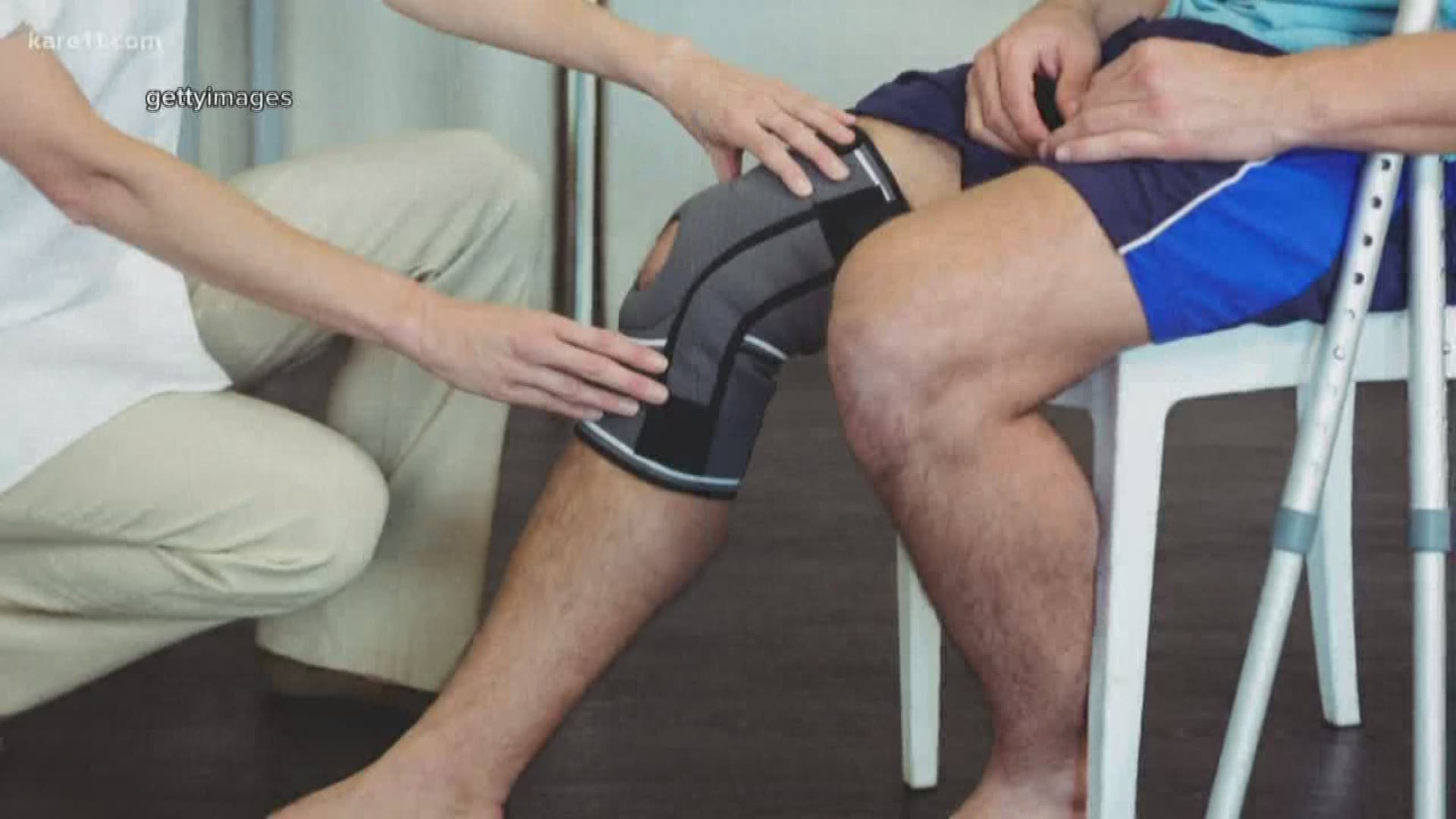 Whether it’s a hip, knee or ankle, joint, replacement is now one of the most cost-effective and successful interventions in medicine.

More than 1-million joint replacement surgeries are performed in the United States annually. KARE 11's Kris Laudien sat down with one of those patients for this week's Real Men Wear Gowns segment.

Gary Zylstra knew he had a problem when constant pain developed in his left knee. Initially Doctors usually recommend anti-inflammatory meds and rest, but once pain started to interfere with his day to day activities it was time for Gary to get a more detailed assessment.

"The x-ray showed I was pretty much bone on bone," Zylstra recalled.

Knowing joint replacement has been common for around 30-years, Gary opted for surgery.

"The quality of life I had was not good," he reflected. "And I didn’t want to continue on that way."

Orthopedic Surgeon Gavin Pittman first met with Gary in February and by March he was doing a replacement of Zylstra's knee.

"It’s a very individual decision to make," said Pittman. "It really has to do with the patient’s perception of how their pain is interfering with their life."

The procedure began at 7:30 in the morning at TRIA Woodbury and by 6 that night Gary was headed home. People are usually up the day of surgery walking with a walker, crutches or cane, with physical therapy to follow

"Typically by three months after a knee replacement people are able to really resume all of their normal daily activities," the doctor explained.

Gary has found new enjoyment in walking. He’s cooking more now that he can stand without pain, and he’s made a return to his favorite activity, golf.

It should be mentioned that athough Gary went home the day of surgery, there are various recovery options including outpatient care or a hospital setting. Specialists work with each patient individually to determine the best option for them.