What to know about screening for prostate cancer as you age. 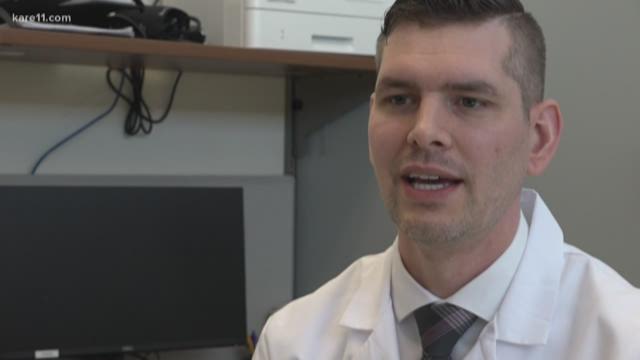 "It's the number one cancer in men and it's also one of the number one leading causes of cancer death in men," says Dr. Michael Butcher, Urologist at Park Nicollet.

Now that you know the risk, what should you be looking for?

The prostate continues to grow as we age, however Dr. Butcher says those who have prostate problems don't always have issues with their colon - they're two separate things independent of one another.

"However people who have history of colorectal cancer can have an increased risk of getting prostate cancer, which means it's going to be important for them to continue to be screened – even for prostate cancer after they've already been treated," says Dr. Butcher.

Two ways to screen for prostate cancer is a blood test, called a PSA test, or a rectal exam.

Dr. Butcher encourages screenings starting around age 50 up until around the age of 69 – but it depends on family history.

"Those people who have first degree relatives with prostate cancer should be screened before that – maybe even into their 40’s," says Dr. Butcher.

Prostate cancer is a slow growing cancer. It takes about ten years before recognizable symptoms show up.

"The sooner we diagnose it, the sooner we can treat it," Dr. Butcher said. "Prostate cancer actually is very treatable when it's caught early."

Treatments range from surgery to radiation to chemotherapy.

Of course, a good diet and healthy living is important for your prostate, but preventative measures can only go so far.

"All those things can be helpful – but really there's not much that we can do to prevent it – it's more of screening and watching for it," Dr. Butcher said.