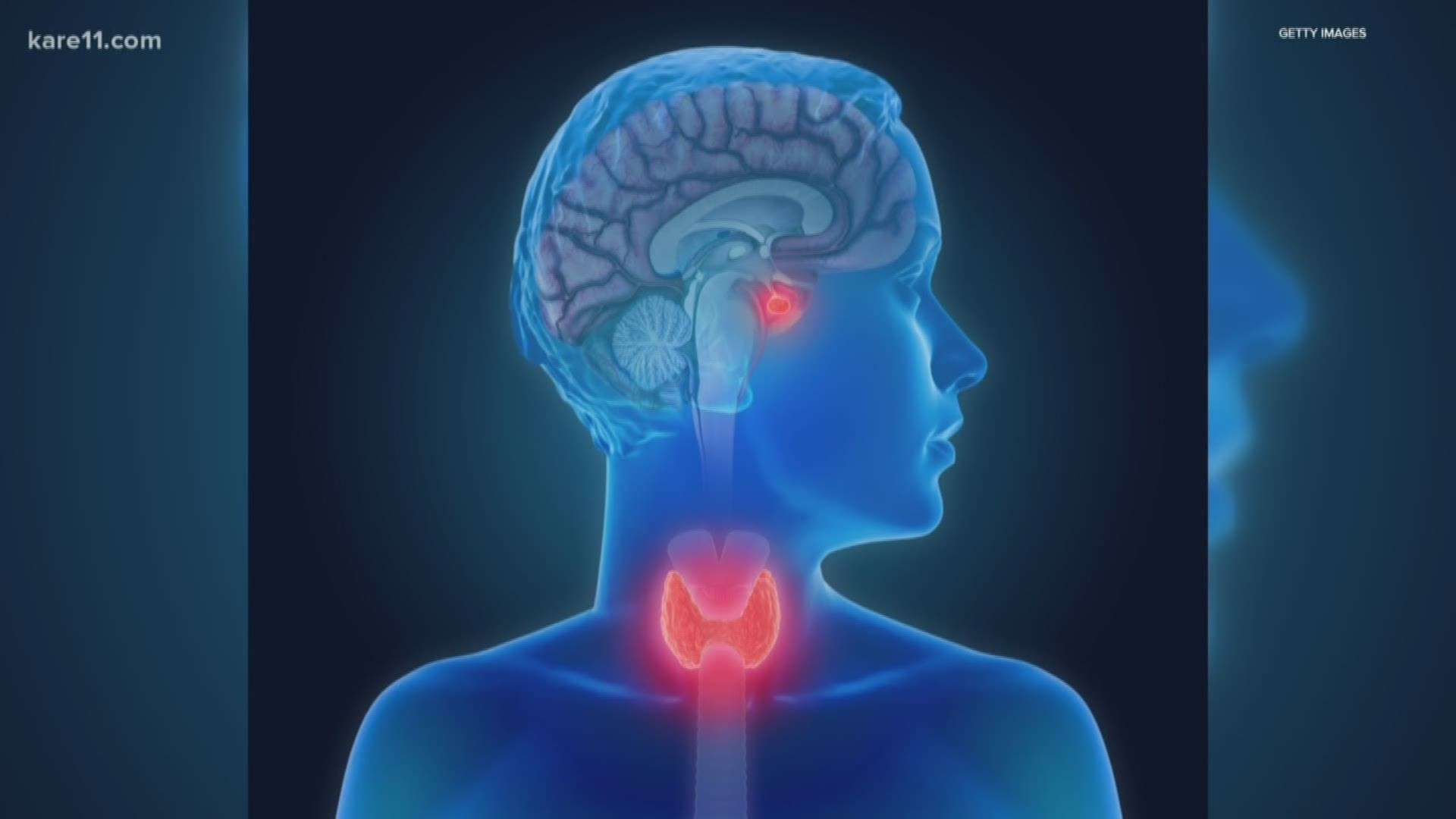 BROOKLYN CENTER, Minn. — The thyroid lies below your Adam's apple, along the front of the windpipe. Despite its small size and location, its function is to regulate your body's metabolism.

"The thyroid works in conjunction with another gland, the pituitary gland, which is up in your brain," says Dr. Tom Martens at Park Nicollet Brookdale.

Dr. Martens says the two work together to tell the body's organs how fast or slow to work.

"The pituitary gland is sort of like the thermostat in the house. It's the gland that tells your thyroid what to do. The thyroid is like the furnace in your house - it regulates the temperature," says Dr. Martens.

Because of its function, problems with the thyroid result in metabolism running too fast or too slow.

"Under-active thyroids what we sort of see is people tend to feel cold, tend to gain weight, can affect your cognition and your thinking. Everything sort of slows down," Dr. Martens says.

Although much less common, an over active thyroid speeds up the body's metabolism.

"You tend to have loose stools, your heart may be beating a little faster than it should be, anxiety, sweating, feeling too hot," says Dr. Martens.

When it comes to under-active thyroids, the main cause worldwide is iodine deficiency.

"Folks who don't get enough iodine tend to have enlargement of the thyroid gland. It's called a goiter," Dr. Martens says. "In the United States we don't see too much of that anymore and the reason is we add iodine to our salt."

The good news is with a healthy iodine level, thyroids usually take care of themselves, but if you feel you have symptoms, see a doctor. Problems are generally easily managed with a synthetic hormone.

"We adjust the level of levothyroxine based on blood tests which you get a few times a year typically and people do just great with that and live completely normal lives," says Dr. Martens.