In 2019, nearly 200,000 toys were distributed to children in the region. This year, Toys for Tots is asking for more financial donations. 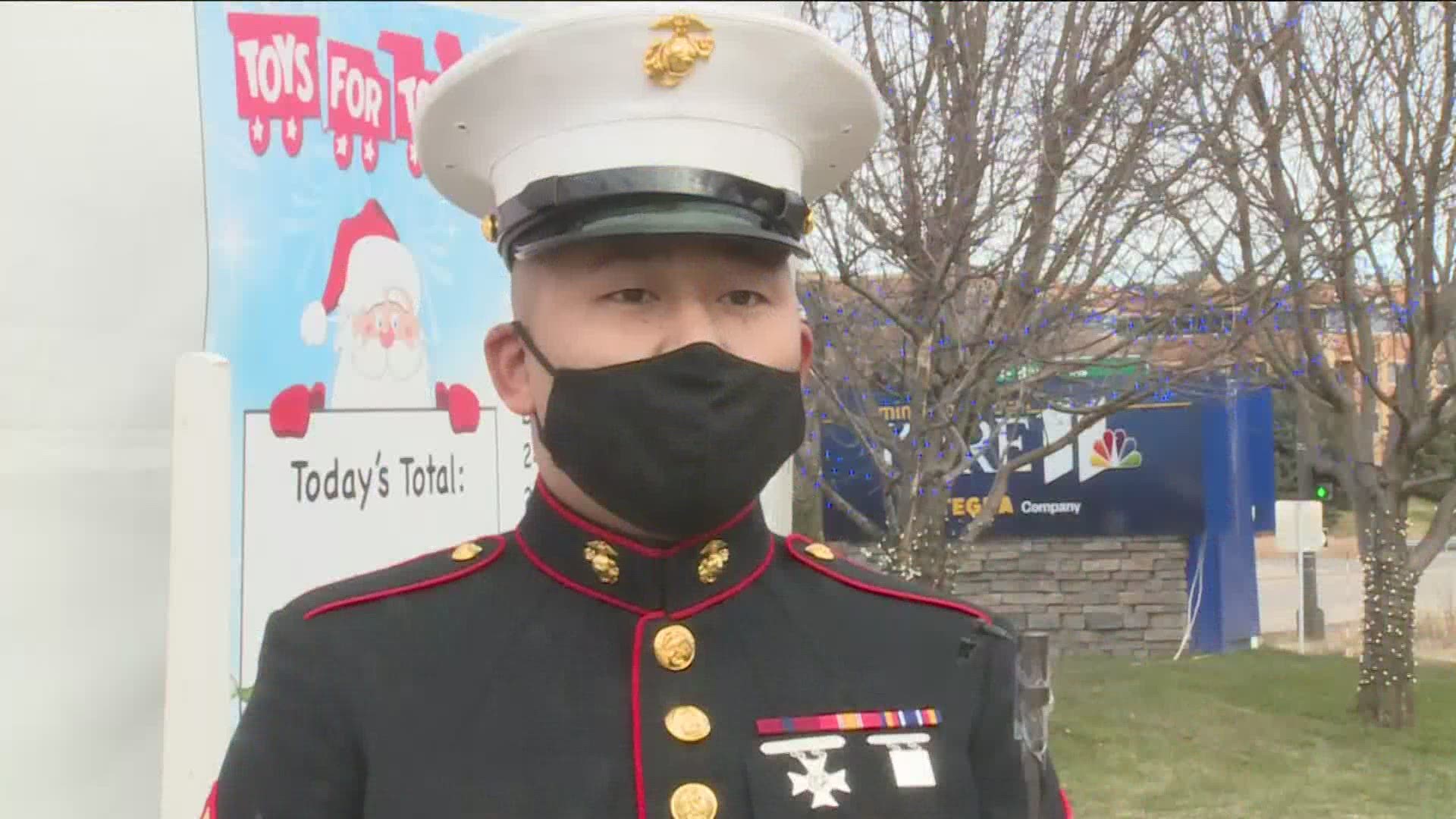 “It’s one of the greatest times of the year to come together,” says Marine Corps Sgt. Austin Bouatha.

It’s Sgt. Bouatha’s second time working the Toys for Tots tent at the intersection of General Mills Blvd. and Highway 55 in Golden Valley. “We just started receiving toys this week here at the tent, and historically we had more toys the first week,” he says.

But now, nearly nine months into the COVID -19 pandemic, Sgt. Bouatha says the amount of people coming to donate toys during this first week is lower than previous years. “Last year, I know the first week, we filled up two semi-trucks full,” he says. “It’s Thursday now, and we only managed to fill up half a semi.”

In 2019, 197,352 toys were distributed to around 139,036 children in the region. Sgt. Bouatha says this year, the organization is not only seeing fewer numbers of donations, but also fewer volunteers. “With the pandemic going on, some people are reluctant to go out and volunteer around other people,” he says.

While nonprofits across the board are being impacted by the pandemic, the Toys for Tots organization has made a few changes to adapt to new safety measures. “Before, the community could take pics with the tree, but now to mitigate that, we try to come to the car and pick up the donated gifts.”

This year, Sgt. Bouatha hopes people will spread the holiday spirit by donating toys or just time to those in need. “Hopefully, the community will remain resilient and together we will meet the goals for this holiday season,” he says.

To make a donation to Toys for Tots, click here.