Minneapolis park board will vote to repeal nudity ordinance

On Wednesday, the park board will take its first of three votes needed to repeal the ordinance with a final reading and vote set for mid August. 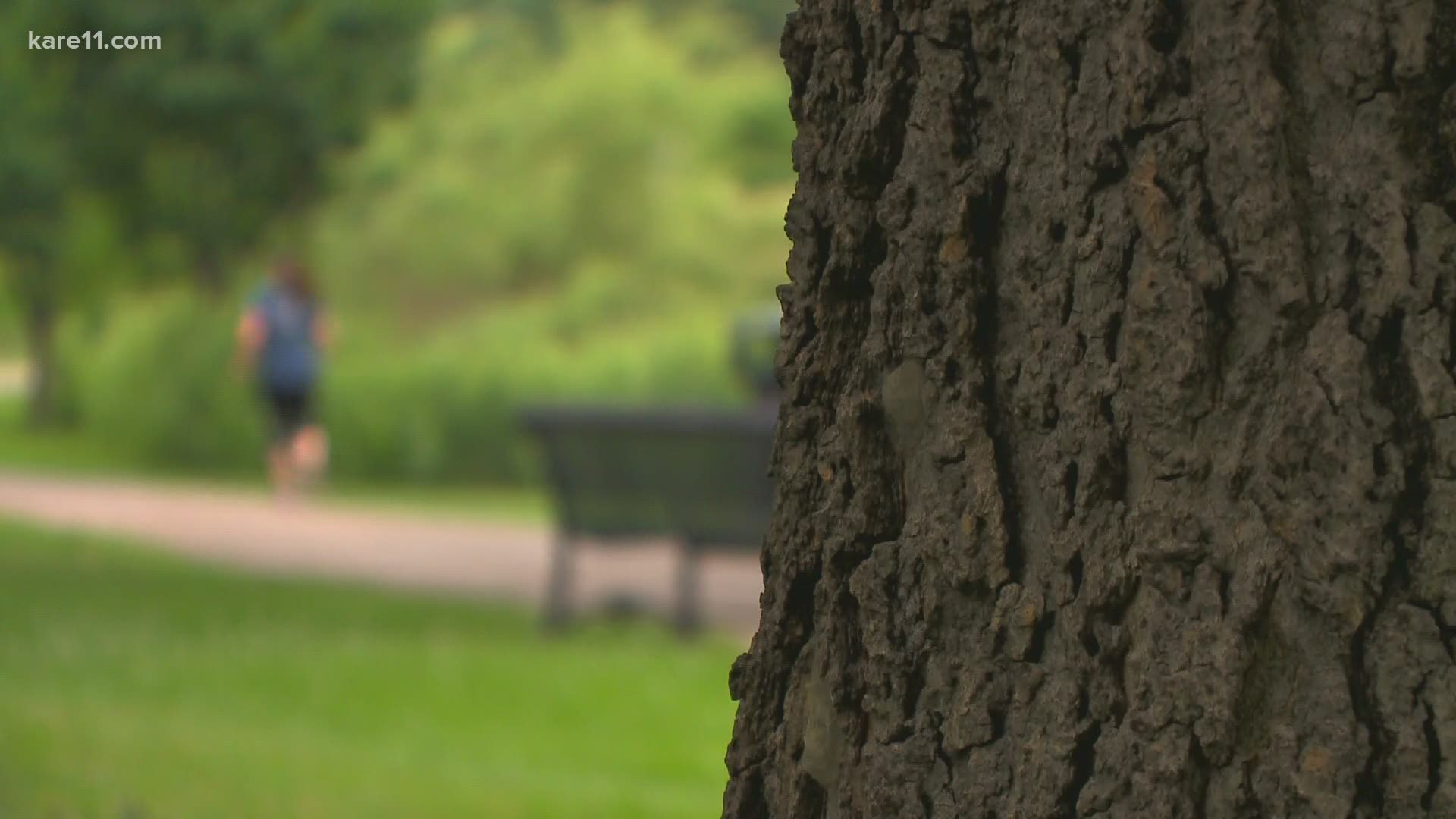 MINNEAPOLIS — A Minneapolis park nudity ordinance is turning heads, and you might see some changes.

For Janet Boughner and Lee Lyon, who are regulars at Loring Park, a relaxing view of the lake watching birds and squirrels at their feet is a rather common and welcomed sight.

However, for these park goers, topless transgender people and women could soon be added to their “hashtag views” when out and about in the city’s parks.

"I don’t think that I personally will take my top off or worry about being cited just simply because that’s who I am, but if men are allowed to and people are comfortable with it, then there’s no reason why women can't be," said Boughner.

As it stands currently, a Minneapolis Park Board ordinance PB2-21 states no one 10 years or older is allowed to expose their genitals, pubic area, buttocks or female breast below the top of the areola in a park or parkway, but in a push from park board commissioner Chris Meyer to repeal the ordinance, that could all change.

"I think it's never bad to look at our laws that may be way out dated," said Minneapolis resident, Barbara Donaghy.

In a post on Meyer's Facebook page, he says the only impact the repeal would have is eliminating the language which targets female breasts.

Currently, Minneapolis city ordinance 385.160 allows women and transgender people to go topless on city streets, but the park board's ordinance prevents this from happening in the city’s parks.

"It doesn’t make any sense to me that they can be on the street but they can’t be in the park," said Donaghy.

Meyer says laws should treat people equally, and in places where men are allowed to be topless, women and transgender people should be allowed as well.

Not everyone is on board with the idea of baring it all from the waste up though, especially when it comes to protecting children.

"It's up to parents and kids to have conversations about that, that’s how we start to breakdown archaic thinking," said Donaghy.

A change in thinking for some, and a shift in cultural norms for others.

"The fact is, we are conditioned to certain things. That’s part of our culture and you can’t change a culture quickly. Tt takes about two generations minimum to change the culture," said Lyon. He went on to say, "it doesn’t hurt anybody, the only people who are hurt are the people who think everybody should be like them."

On Wednesday, the park board will take its first of three votes needed to repeal the ordinance with a final reading and vote set for mid August.

RELATED: Ideas for having fun this summer amid COVID-19