Two passengers and a flight attendant were hospitalized after severe turbulence forced a Seattle-bound flight to make an emergency landing in Reno. 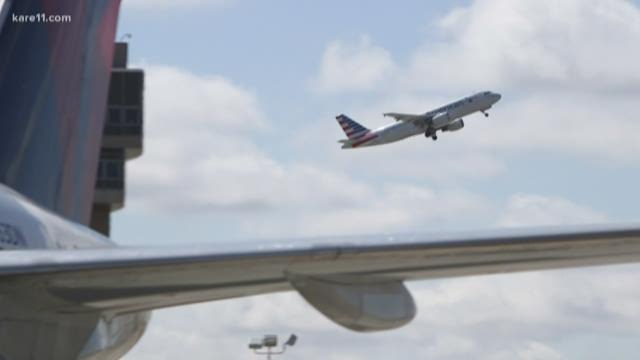 A flight bound for Seattle made an emergency landing in Reno Wednesday afternoon after severe turbulence. Five people were injured, but only two passengers and a flight attendant were hospitalized after the incident.

Footage from passenger Joe Justice of Scrum, Inc. shows an airplane cart flipped over in the aisle with food and drinks strewed about.

Joe Justice tweeted about the incident: "Crazy turbulence and injuries, but the @delta crew handled it perfectly, even the emergency landing."

He said in a follow-up tweet that the plane "did a nose dive, twice," and emphasized that the crew "was amazing in this rough situation."

Passengers on the turbulent flight were given the option to catch another flight to Seattle Wednesday night. That plane landed at Sea-Tac International Airport after 9 p.m.

One passenger seated in the back of plane described what she saw.

"I saw the drink cart hit the ceiling, along with the flight attendant." She continued, "You could see the people who aren't belted in. They're hitting the ceiling, and they're flying up out of their seats. So always wear your seatbelt, no matter what, because this was unexpected." 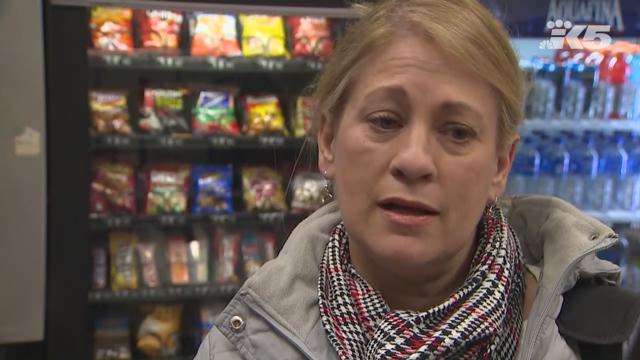 The parent company of Compass Airlines did not elaborate on the extent of the injuries. They released the following statement Wednesday afternoon:

"Compass Airlines flight 5763 operating as Delta Connection from Orange County, CA to Seattle diverted to Reno after encountering severe turbulence. The aircraft landed safely and customers exited normally through the main cabin door. Delta is making resources available to take care of and support our customers. Customers will be refunded and accommodated on an alternate flight to Seattle that is scheduled to depart at approximately 5:00 p.m. local time."

Compass Airlines operates on behalf of Delta Airlines and American Airlines, according to their website.

There were 59 passengers and four crew members on board, according to Compass Airlines.