A video on social media shows Department of Corrections employee Paul Gorder and his wife yelling at protesters outside the Washington County attorney's home. 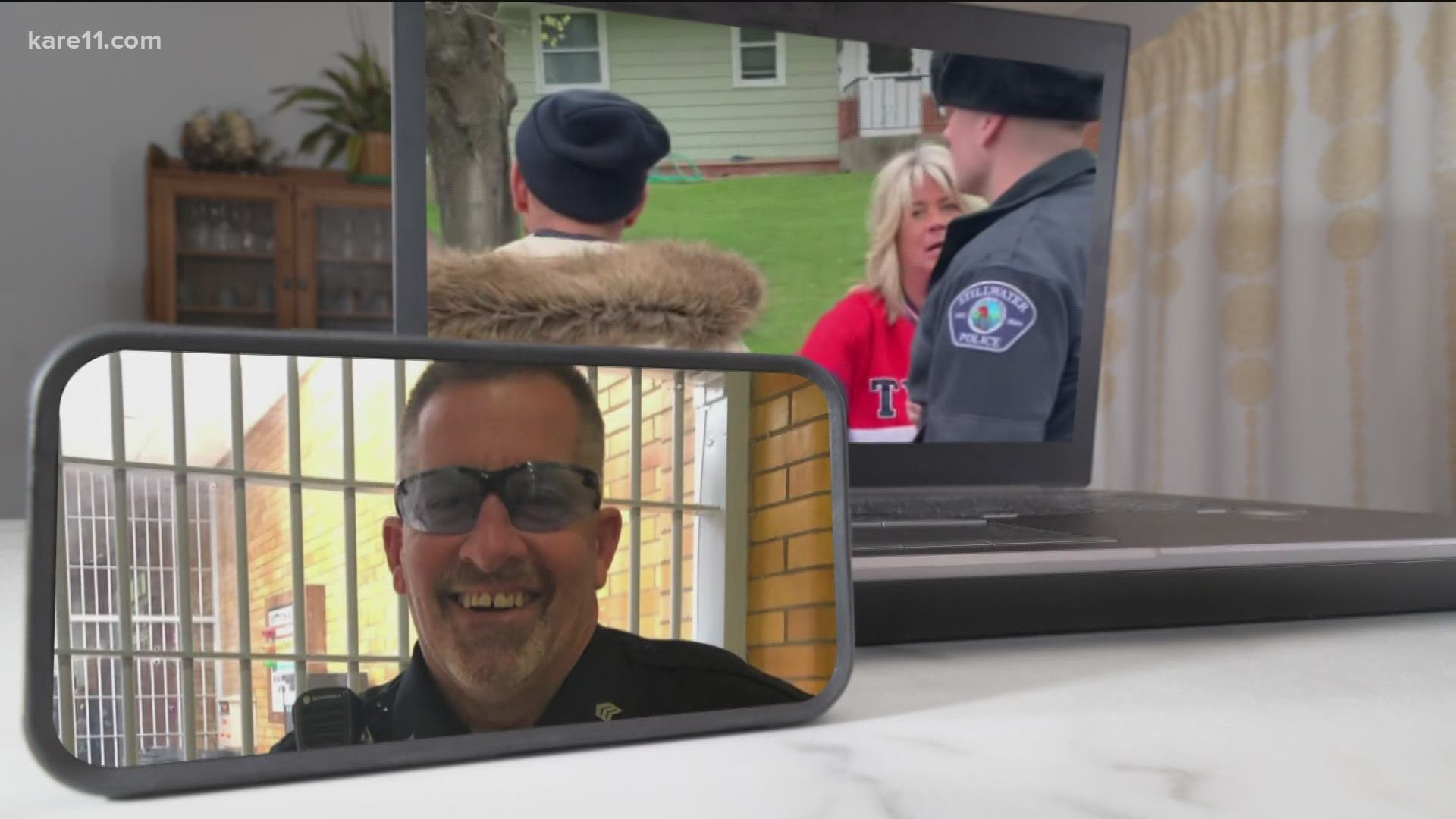 STILLWATER, Minn — A Minnesota Department of Corrections employee is on leave after a video circulating on Twitter shows his wife using a racist slur toward demonstrators outside the home of Washington County Attorney Pete Orput.

The DOC confirmed that the man in the video is Paul Gorder, a veteran of more than three decades at the Minnesota Correctional Facility - Stillwater.

The activist and civil rights attorney who posted the video, Nekima Levy Armstrong, said the couple are Orput's neighbors.

In the video, Gorder's wife yells at demonstrators, calling them the n-word and other expletives. Not all of the dialogue is intelligible due to other raised voices, but Gorder can be heard shouting at the crowd and saying "shut up."

The Minnesota Department of Corrections responded to the video on Twitter, saying it will start an internal investigation. A DOC spokesperson confirmed to KARE 11 that the man in the video is Gorder, and that he is on "investigative leave."

"The actions and comments made here do not reflect the values of the MN DOC, and we are following up in response," the DOC wrote. "Commissioner Schnell is directing the matter be investigated by our Office of Professional Accountability."

While Gorder is still on leave, a Maplewood hair salon announced Tuesday that Gorder's wife is no longer an employee.

"Regarding the video of one of our employees using racial slurs…this behavior is unacceptable and will not be tolerated," the Maplewood location of the Fantastic Sams chain wrote on Facebook. "We understand that these words are deeply offensive and hurtful and we want everyone to know that they DO NOT reflect our beliefs."

The salon confirmed to KARE 11 that the employee referred to in the post is Gorder's wife.

In a 2019 Facebook post, the DOC said Gorder was a 30-year veteran of the Minnesota Correctional Facility in Stillwater. "He is well known and highly respected among staff and incarcerated men at the facility," the post goes on to say.

Armstrong said the demonstrators were protesting the killing of Daunte Wright, a 20-year-old Black man, and calling for murder charges against Kim Potter, the white officer who fatally shot him.

Potter is charged with manslaughter in Wright's death and is being prosecuted by the Washington County Attorney's Office.

“The Department of Corrections has been made aware of the incident involving an MCF-Stillwater correctional Sergeant, and I had my first opportunity to see video clips posted on social media. I have directed that the involved employee be placed on investigative leave pending an investigation by the agency’s Office of Professional Accountability. The actions of the employee are deeply disturbing and contrary to the mission and values of the Department of Corrections. At a time when we are focused on growing trust in law enforcement and the broader criminal justice system, the conduct and comments by the DOC sergeant and his wife to the group of mostly African American peaceful protestors are troubling. Even while off-duty, we expect that employees conduct themselves in a manner that upholds the values of the agency. The Department of Corrections is actively focused on promoting racial equity and reducing racial disparities in the state’s correctional system. The conduct and comments by this sergeant make the work of growing trust that much more difficult. I have asked the Office of Professional Accountability to expedite this investigation, while ensuring the sergeant is afforded all rights and protections guaranteed by law and his union’s collective bargaining agreement. To the people subjected to the comments by the staff member and his wife in the video, I offer my personal apology.”

Warning: The video in the tweet below contains expletives and racist slurs.

Today in #Stillwater, MN, Washington County Attorney Pete Orput’s racist neighbors called us f’ing n*ggers during a peaceful demonstration demanding justice for #DaunteWright & murder charges against Kim Potter. The man in the video is a Paul Gorder, a 30 year vet of the MN DOC. pic.twitter.com/4q2qzGMQ0q