Family desperate for answers to what led to 38-year-old woman hit by a car on Highway 3 at 7:20 p.m. on Saturday 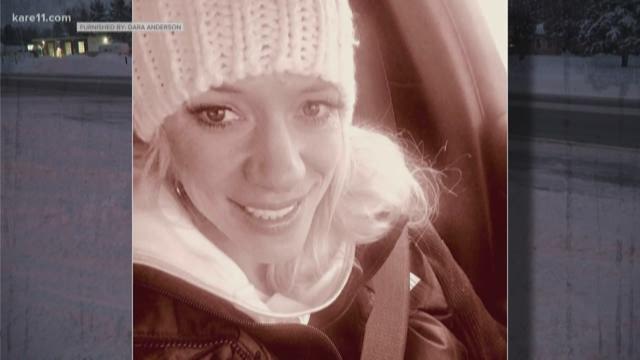 FARMINGTON, Minn — The pain is fresh, and the family of April Sterling is still very much in shock.

The 38-year-old woman was killed Saturday night at about 7:20, hit by car while crossing Highway 3 in Farmington after having drinks with a friend at Carbone's.

"She lived in Farmington for many years. She was aware of that dangerous road. If anybody can help give us answers as to why my sister was out there alone that night, will give us some closure," Anderson said.

All April's family knows is that she called her husband and asked for a ride home. They don't know what happened between then, and when she was hit on the highway.

The stretch of road where April died has no sidewalks or crosswalks. The speed limit is 45, and the mayor of Farmington tells KARE 11 News that people in the community believe the road is dangerous, but at the same time, MnDot studies the highway and has not deemed it dangerous.

April leaves behind a 15-year-old son, Caden, whom she loved watching play baseball.

"She loved him. That's what she lived for. She did everything for him too," Anderson said.

State Patrol is investigating the crash but hasn't released many details - except they say the driver was not drinking.

April's family hopes the tragedy will spark discussion for making the highway safer for pedestrians.

"If there's anything that can come out of this, maybe we can change this so this can be prevented for another family. Because that would mean the world to her," Anderson said.