Plymouth firefighter saves puppy from the walls of a home

Talk about a great rescue! 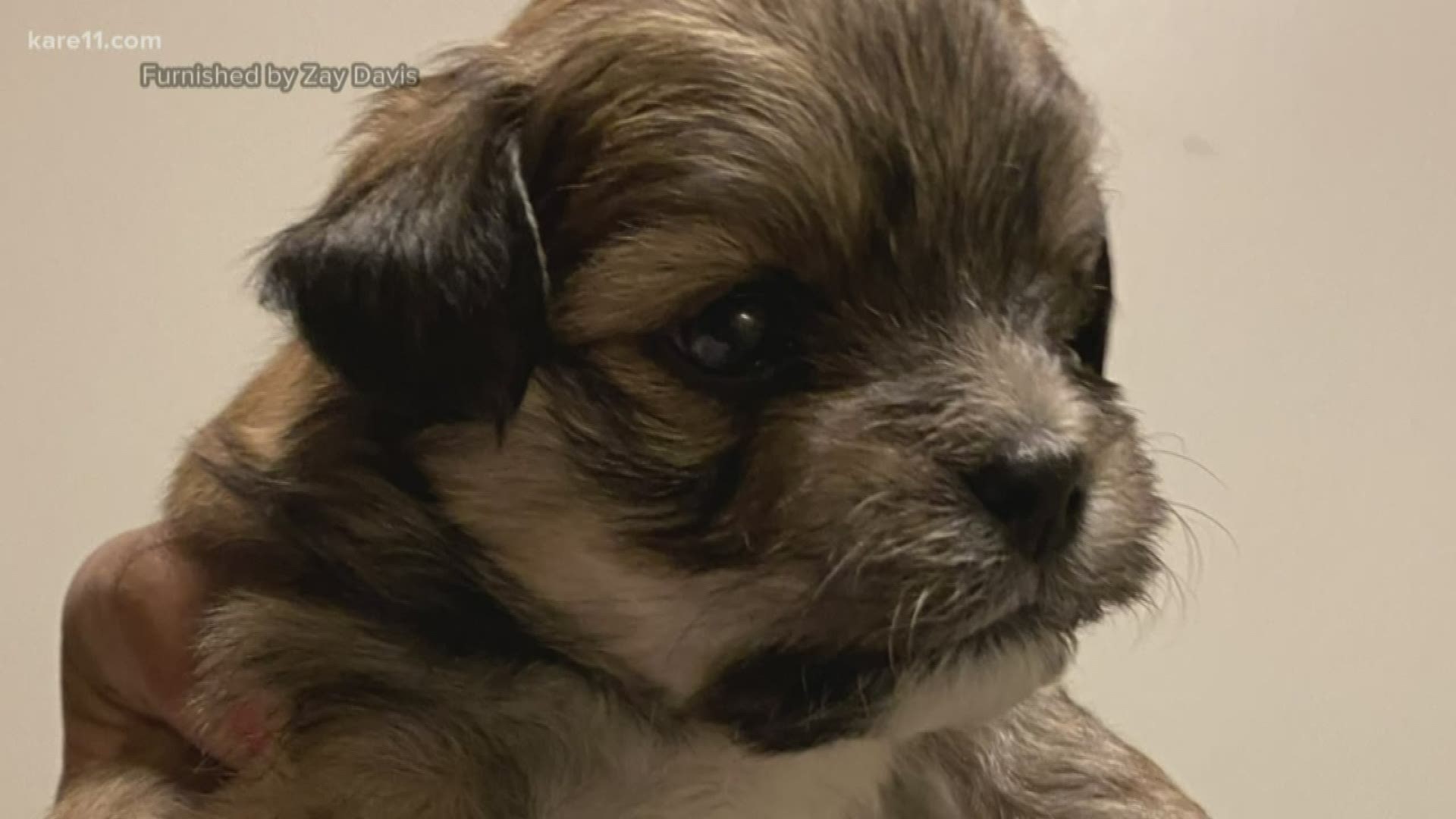 PLYMOUTH, Minn. — Here's a story bound to make you smile.

Earlier this week, Plymouth firefighter John Lonsbury and Batallion Chief Tom Evenson received a call of a two-week old puppy in trouble. The little guy had manuevered through a hole in a second-floor shower, making his way into the first-floor ceiling. The homeowners called the fire department.

"The only updated information we got was that it was in the walls," Lonsbury said. "We didn't know what that meant until we got there and had to figure it out."

They could hear the puppy but couldn't see it, so Lonsbury decided they should pull out a thermal imager. The technology could help them detect heat patterns to find the puppy's location. After spotting the dog, they carefully chopped out a hole in the ceiling.

"We pulled out about a 1-foot-by-1-foot hole, and as soon as I reached up there I felt a furball," Lonsbury said. "I think he was happy to come out. He was kind of shaking."

Just like the movies, this firefighter had saved a puppy.

"It was a good feeling," Lonsbury said.

"I did cry. I shed one tear. It was a litter of puppies so this is the one that scooted away," Lonsbury said.

When Lonsbury returned home, his three young daughters asked him a question the next day: "Where is it? Why don't we have the puppy right now?"

Lonsbury said he's looking into adopting from the owners, who have a litter.

"They told me he was the one boy of the litter, the naughty one that tried to get out of the house," Lonsbury said. "I think he's perfect for us!"