The driver of a black 2011-2014 Acura TSX hit 19-year-old Austin Smith on his bike and did not stop, according to Plymouth Police. 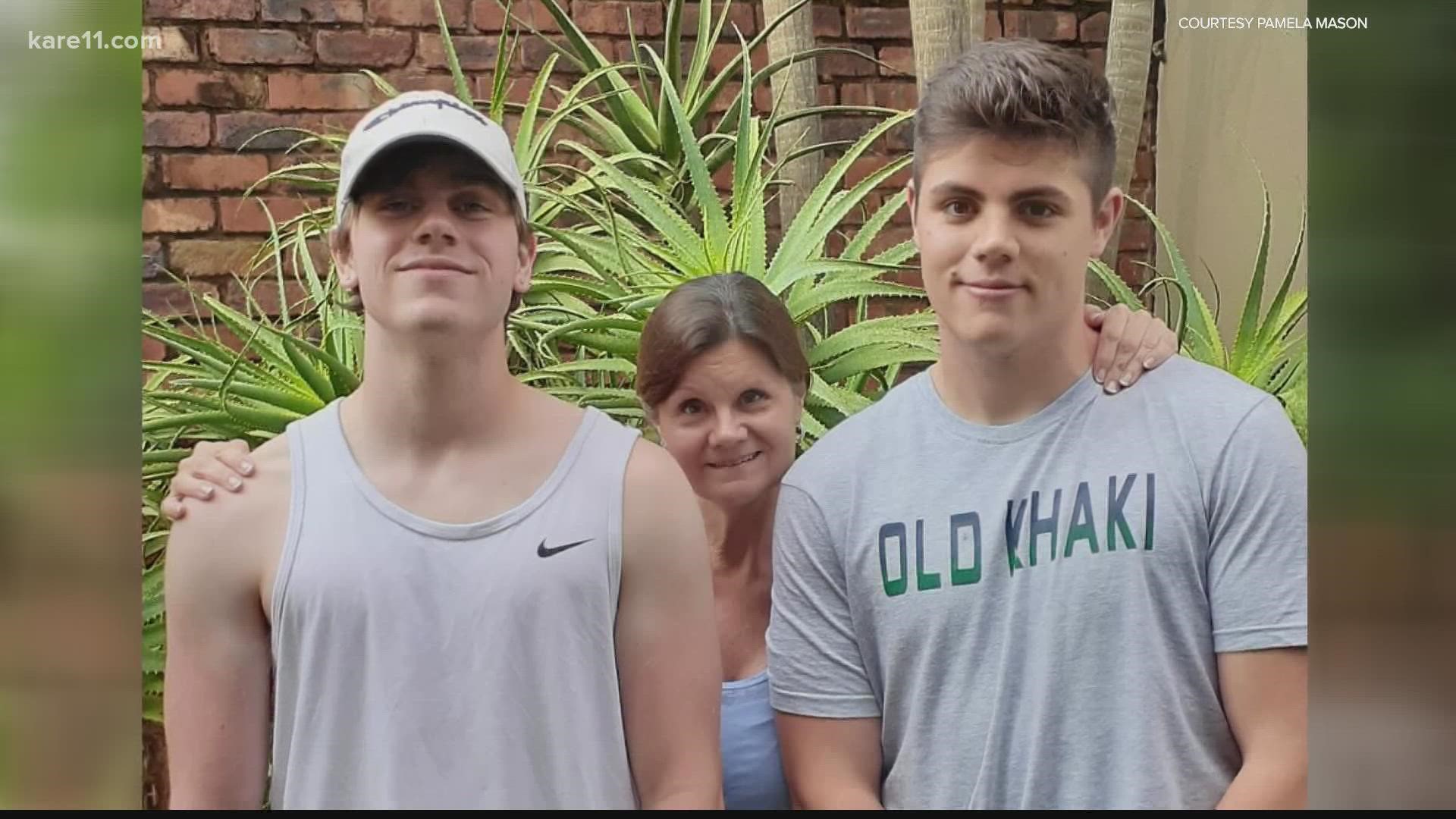 PLYMOUTH, Minnesota — Pam Mason's life was shattered eight weeks ago when her son, Austin Smith, was hit by a car and severely injured.

"It's been just heart-wrenching. So emotional," she said. "Skull fractures; swelling of the brain; bleeding on the brain — severe traumatic brain injury."

The 19-year-old from Plymouth, who loved weightlifting and biking, left with a friend for a bike ride on Saturday, Sept. 25.

The two young men were crossing Rockford Road at Vicksburg Lane at about 8:30 p.m., when Austin's friend says a car ran the red light, hit Austin and never stopped.

Plymouth police say it was a 2011 to 2014 Acura TSX that suffered damage to the lower front bumper, and the spot between the windshield and driver's side window.

Hennepin County installed cameras at the intersection, but Plymouth police say they weren't wired yet when the crash happened — so it does not appear to be caught on tape.

"I feel it's not fair for my son to not be able to breathe the air, feel the warm sun on his face, celebrate Thanksgiving without his family there — and yet, this person is probably doing that," Pam said.

Austin spent four weeks in the ICU and is still unresponsive in long-term acute care.

Pam is hoping someone with information on the damaged vehicle comes forward, or better yet, the offender gets a conscience.

A GoFundMe has been set up "to manage any financial obstacles their family may face as Austin heals."