One victim was found by officers downtown, while the other was located in a vehicle parked near North Memorial Hospital. 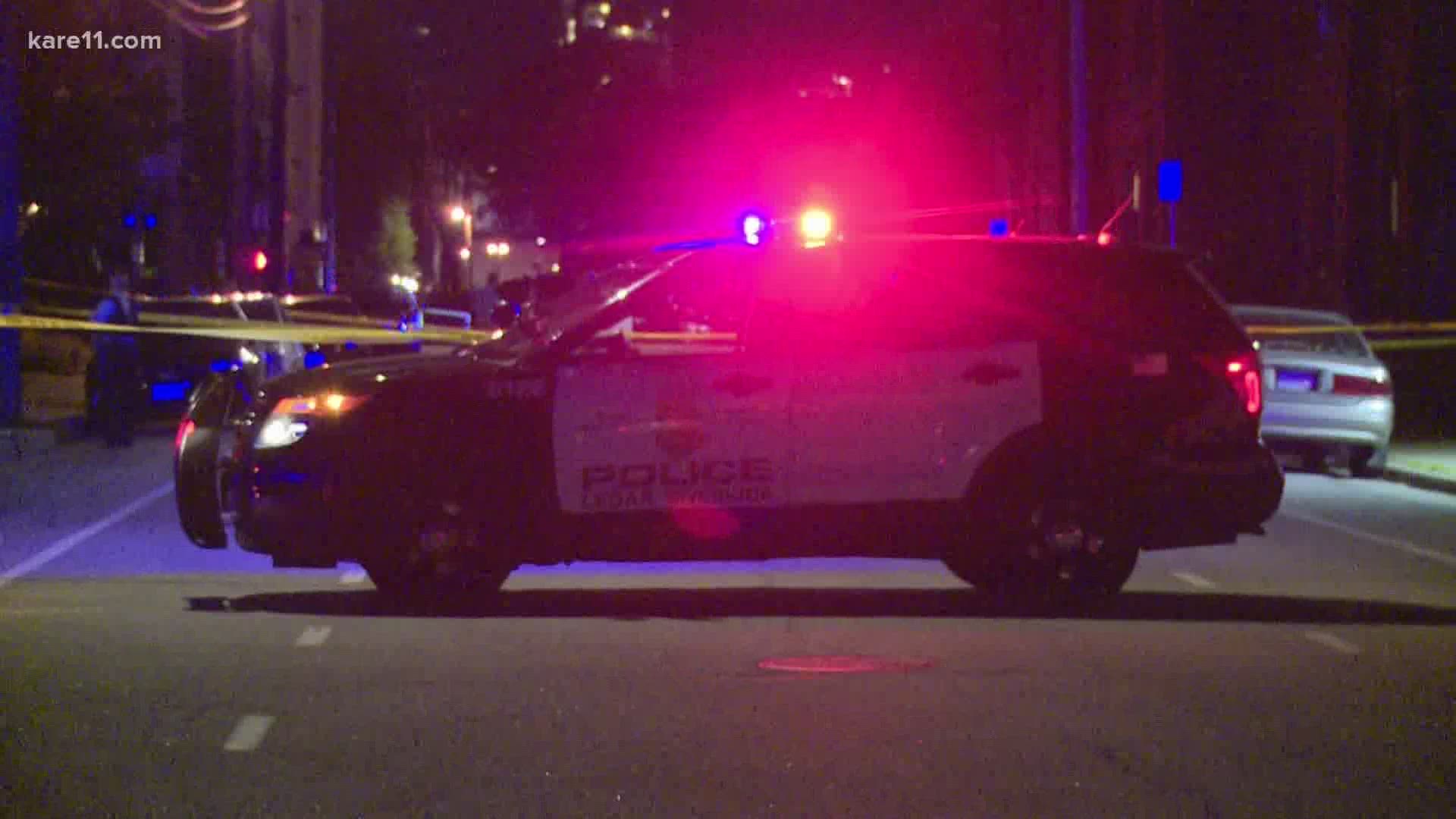 MINNEAPOLIS — Two people are dead and investigators are searching for suspects after a pair of shootings in Minneapolis Thursday.

Squads were dispatched to the 700 block of 14th Street East near downtown around 9:45 p.m. on reports of a person with a gun. While en route officers were informed that the incident had escalated to a shooting.

When they arrived, police found a man with apparent gunshot wounds. Officers provided lifesaving measures until paramedics arrived but the victim, later identified as 27-year-old Brandon Salter of St. Paul, died after being rushed to Hennepin County Medical Center.

The MPD mobile crime lab processed the scene while officers spoke with potential witnesses. At this point no suspects are in custody.

Around the same time, squads were summoned to North Memorial Hospital in Robbinsdale to investigate what was reported as a potential homicide. Hennepin County deputies had located 26-year-old Daniel Mack of Brooklyn Park deceased inside a vehicle near the hospital parking ramp. An autopsy determined that Mack died of a gunshot wound to the head.

At this time it unclear where Mack may have been killed, but police say several 'shots fired' calls earlier in the evening Thursday suggests the crime may have happened in Minneapolis.