Charges filed in attempted robbery and hostage situation at a St. Cloud bank

Officials say the bank robbery suspect was well-known to police prior to Thursday's eight-hour standoff. 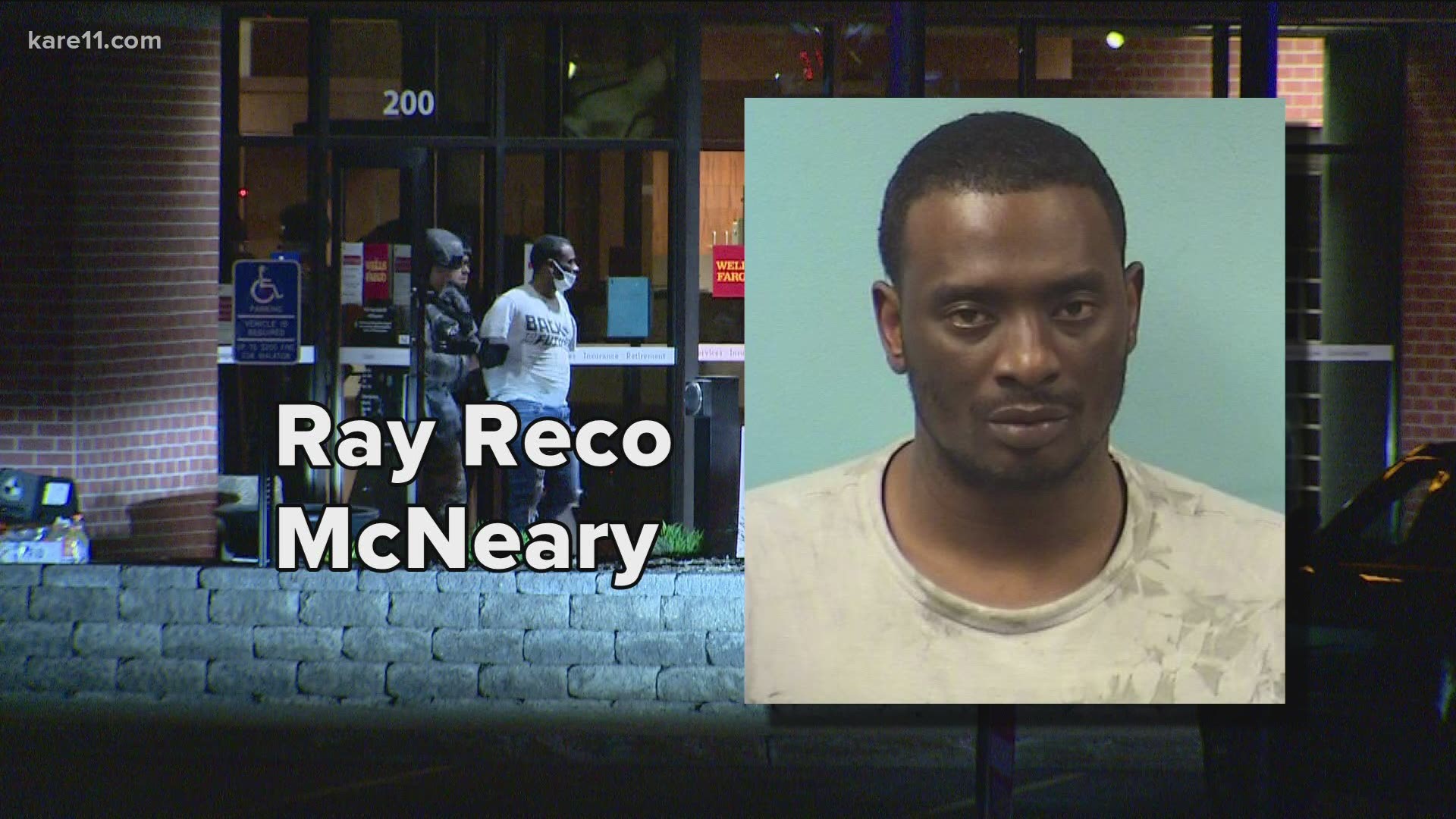 ST. CLOUD, Minn. — Formal charges were filed Friday against a man accused of taking five hostages in an attempted robbery of a Wells Fargo Bank at 33rd Avenue South and 2nd Street in St. Cloud on Thursday.

All five hostages were released safely by late Thursday night and the suspect was taken into custody.

Online court records show McNeary was ordered to be held without bail after a court appearance on Friday afternoon.

According to a criminal complaint filed by the Stearns County Attorney, McNeary went to the bank on Thursday afternoon and spoke to the bank's manager about alleged fraud on his account. The complaint said the manager was unable to locate the account, causing McNeary to become more upset, leading the bank manager to trigger a silent alarm.

According to the complaint, McNeary held the bank manager and three other employees in the lobby, taking their phones and damaging them, and throwing cash around the bank. The complaint says another bank employee was hidden in an office and was able to contact police until his phone battery ran out; McNeary later discovered the man and forced him into the lobby with the other bank employees.

McNeary then used the victim's phones to post video to social media, where he threatened to kill the hostages or himself, the criminal complaint stated. At one point, he allegedly held a pair of scissors to the bank manager's neck and threatened to stab him.

Around 7 p.m., one of the bank employees managed to make her way to the building's front door and was able to get past the suspect and out of the bank, the complaint states.  A second woman was released a short time later because of medical issues. Two others were also later allowed to leave the building, with one leaving a phone behind that McNeary continued to use.

Around 10:30 p.m., following eight hours of negotiations, police were able to contact the last remaining hostage, the bank manager, and advise that law enforcement was preparing to enter the building. The bank manager was then able to run to the front door to safety as law enforcement entered to arrest McNeary.

Anderson said the suspect is known to police from his "extensive" criminal history. The police chief went on to say the suspect had a court hearing scheduled on Thursday regarding a separate "violent offense."

“Peaceful resolution — the best possible outcome we could have had,” the police chief says. He describes the suspect as someone who was “disgruntled” with the bank. https://t.co/OIAmadcgxq

Police did add in an update Friday morning that no firearm was found on the suspect, or at the scene.

“The safety and security of our customers and employees is our most important priority, and we are incredibly relieved and grateful that the situation has been resolved with no physical injuries to any of our employees or customers. We are appreciative of the work of the St. Cloud Police Department and FBI in reaching a peaceful resolution and will continue to do everything we can to assist authorities as they investigate the situation.”

Here's the moment the final hostage escaped from a St. Cloud Wells Fargo.

All five hostages are free and not injured. pic.twitter.com/XRZ9fPia5F