Officers said the group was arrested about half a mile away from the store. No one was hurt, but the store is closed for investigation and cleanup. 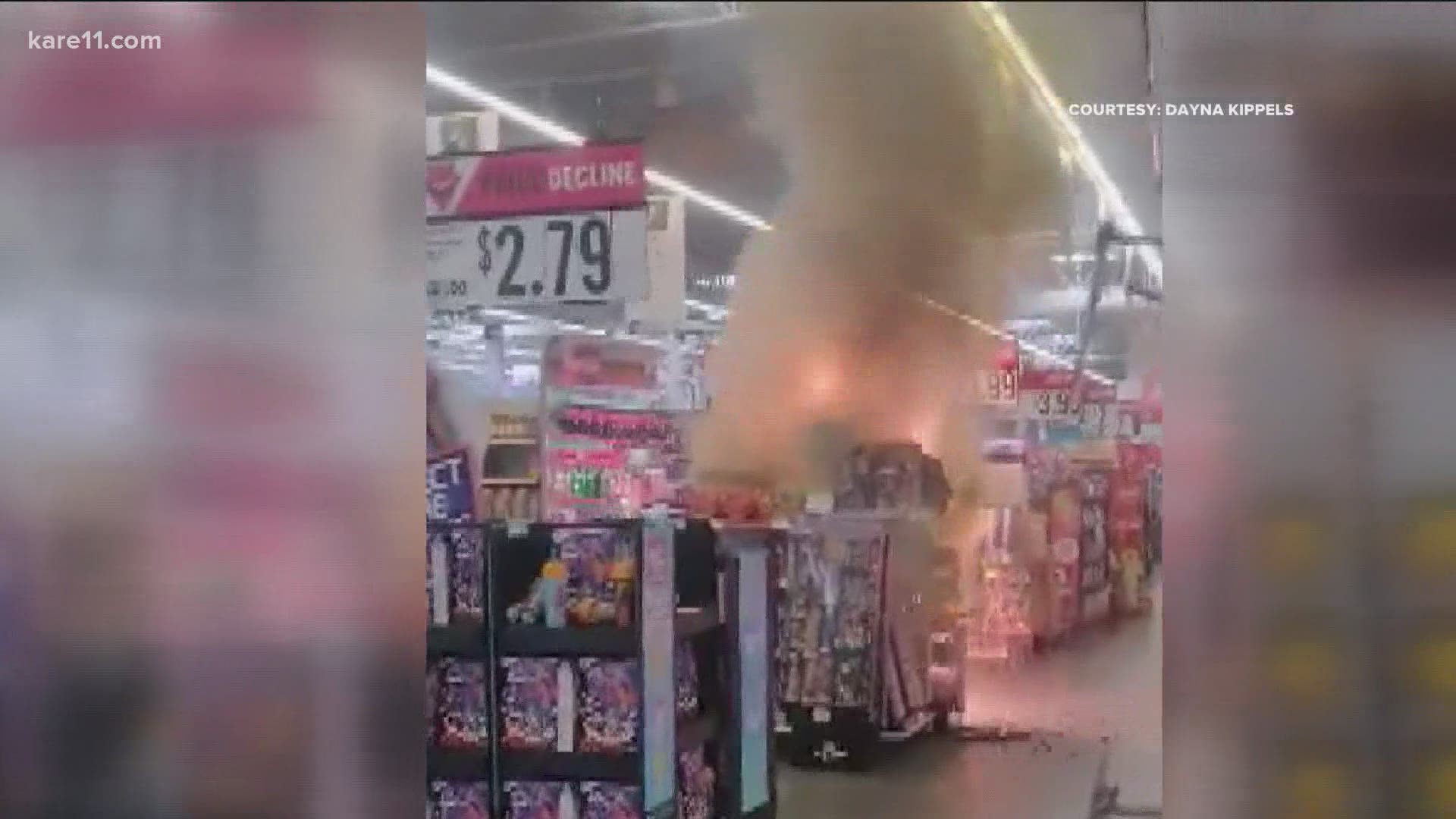 EAGAN, Minn. — Police say a group of juveniles lit a fireworks display inside an Eagan Hy-vee, causing a fire in the store.

According to the Eagan Police Department, a call came in at about 2:19 p.m. Monday. The caller said that the juveniles lit a fireworks display inside the store, causing a fire and "considerable smoke."

The Eagan Fire Department arrived to put out the flames. As of 4 p.m. Monday, police said crews were ventilating the smoke out of the store.

Police said the group was arrested about half a mile away from the store.

No one was injured. Officers said the store remains closed as crews investigate and clean up.

A spokesperson from Hy-Vee, Inc. said the company is referring inquiries about the fire to local police and fire departments.

"We are very fortunate that no one was injured in this incident," the spokesperson said.