A search warrant reveals father admitted following his son to Wisconsin and then driving him back to Saint Paul, but told investigators he did not see bodies. 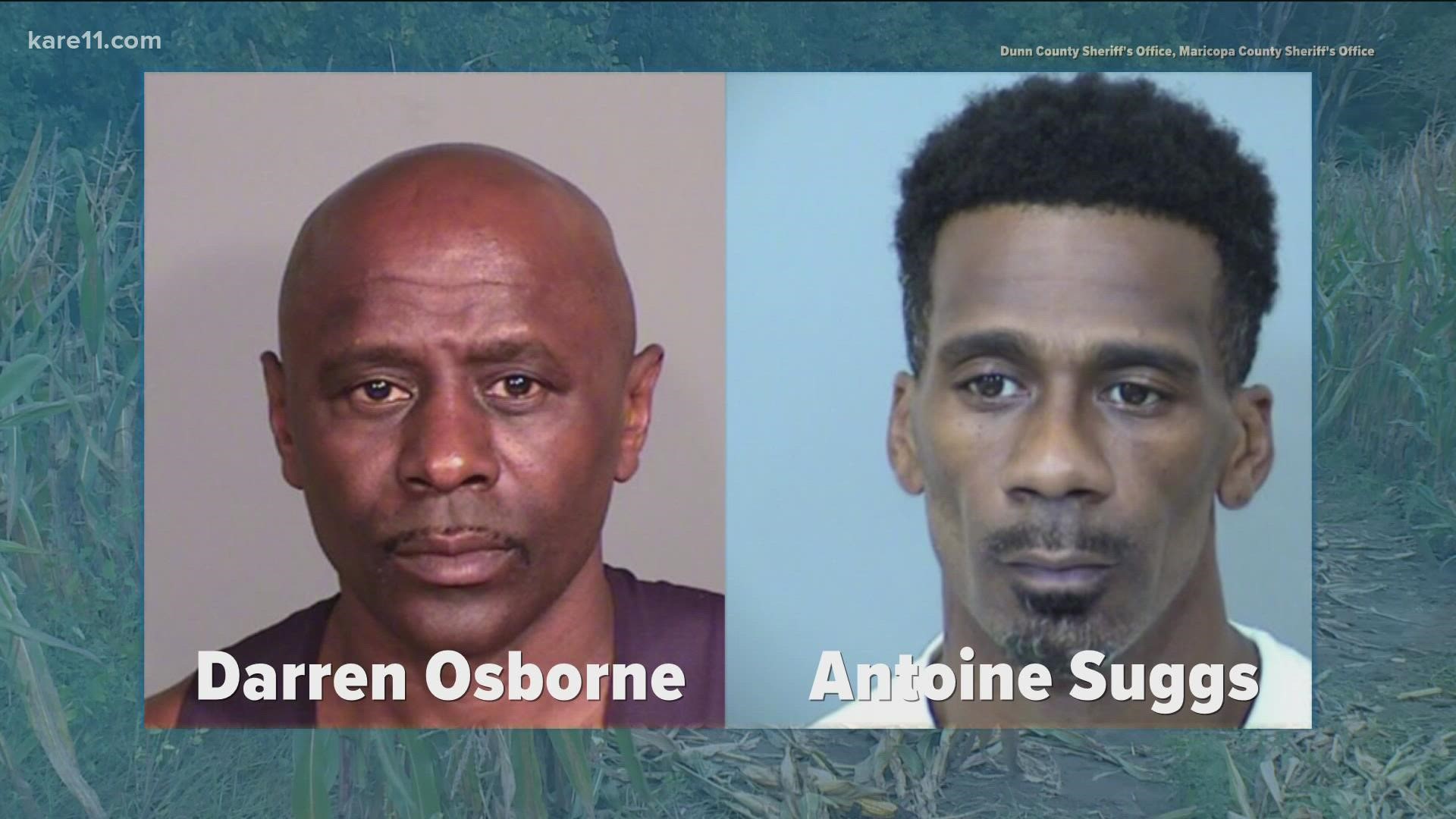 Homicide investigators from the St. Paul Police Department will now take the lead in the case after new evidence revealed that the victims were killed in Minnesota. Other agencies working the case include the Minnesota BCA and the FBI.

The group was found dead in Dunn County, Wisconsin on Sept. 12 when a farmer stumbled upon an SUV abandoned in a cornfield just outside the small town of Sheridan. The Dunn County Sheriff's Official originally was the lead agency investigating the quadruple homicide.

Two men have been arrested and charged in connection with the quadruple homicide: Darren Osborne, who is being held in the Ramsey County Law Enforcement Center, and Antoine Suggs, who is still being held in Gilbert, Arizona where he turned himself in. Police say Suggs is awaiting extradition to Minnesota. Both he and Osborne, who police say is Suggs' father, are each charged with four counts of hiding/interfering with a corpse.

A search warrant filed in Ramsey County reveals several new details about the police investigation that led to Osborne and Suggs.

In a press release distributed Monday Saint Paul Chief of Police Todd Axtell said the four deaths "shook our community to its core."

“We have four young lives—with all of their promise—erased," Axtell wrote. "We have families left with only memories. And we have an entire community in search of answers."

A GoFundMe has been started for each of the victims' families. To donate to the families of Jasmine Sturm and Matthew Pettus, click here. A GoFundMe page for the family of Loyace Foreman III can be found here, and for Nitosha Presley here.