Investigators said 2-year-old Nasteha Mohamed was found after a traffic stop in New York state, carried out by an officer who had seen a national alert. 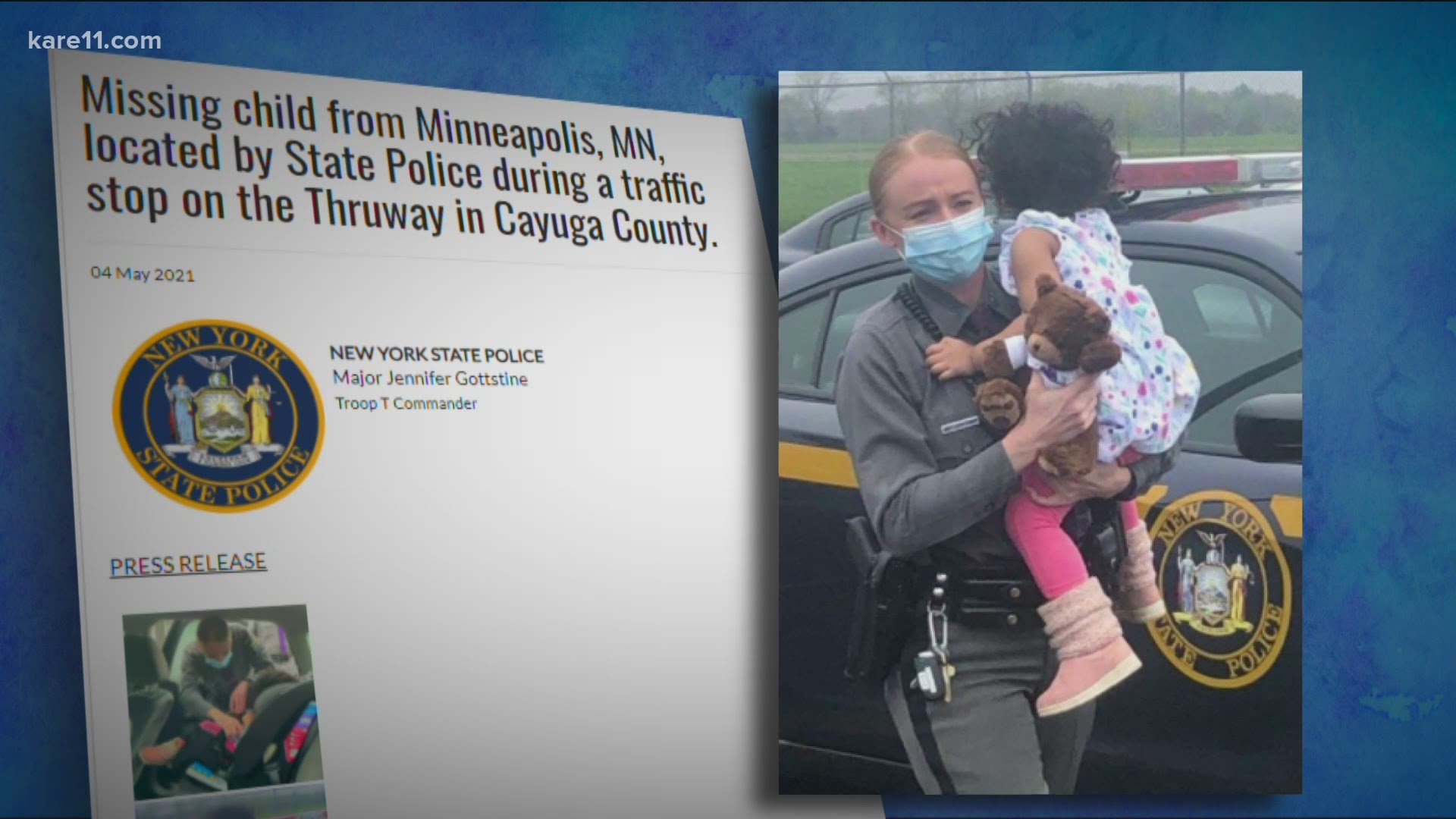 MINNEAPOLIS — Minneapolis police say a toddler reported missing and possibly abducted has been found safe in another state.

Police spokesman John Elder told reporters at 11 a.m. that within the last hour an officer with the New York State Police made a traffic stop involving a vehicle that was part of a nationwide alert. Inside was 2-year-old Nasteha Mohamed and her 26-year-old sister, suspected of taking the child without permission.

Elder says the officer recognized the gold Chevy Equinox after the Minnesota Bureau of Criminal Apprehension (BCA) sent out a coast-to-coast alert identifying the vehicle as one that might be involved in Nasteha's disappearance. Elder says the little girl is safe and sound in protective custody, and that child protection officials in Minnesota are working with their counterparts in New York to get her home.

He added that discussions are underway between investigators and prosecutors regarding what charges might be appropriate in the case.

Nasteha was last seen just before 3 p.m. Monday near the 1400 block of Marshall Street Northeast in Minneapolis. Elder said Tuesday morning the little girl may have been taken by her older sister, who struggles with mental health issues. A release sent out early Tuesday said police believed Nasteha could be in danger.

Investigators believed the girl would be taken out of state, Elder told reporters, perhaps to Massachusetts as there were reports the older sister wanted to attend a lecture at a college in that vicinity.

MORE NEWS: 5 in custody after police chase on Highway 55