"There is no polar vortex possible that would correct the situation out here." 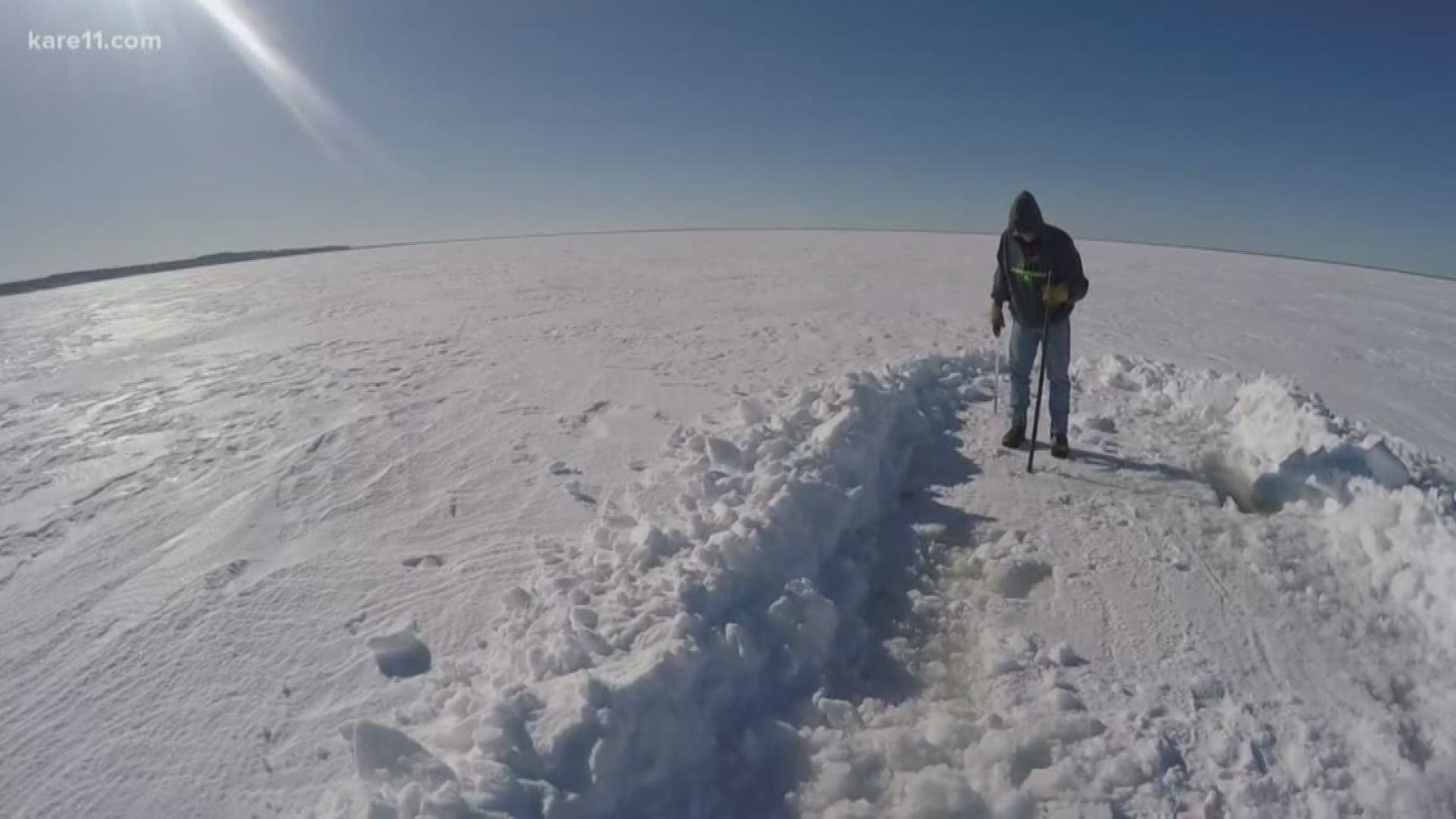 DEER RIVER, Minn. — Rick Leonhardt does not hold back when asked what he sees when looking out over a frozen Lake Winnibigoshish this season:

"I consider it hell froze over, my hell froze over," he said while driving on one of the few ice roads he's been able to plow near High Banks Resort, which he owns with his wife Kim, this season.

Leonhardt says this has been an exceptionally bad year for ice on Lake Winnie, as it's commonly known, and others across northern Minnesota. He points to an early freeze in November which created a "full sheet of ice" on the lake.

"That means ... every snowflake that hits the ice is going to sit on top of that," Leonhardt said. "Snow is a great insulator, and when it starts to build, nothing is going to freeze underneath it."

Which means ice creation on Winnie has essentially stalled. Leonhardt says usually by this time of year, there are at least 24 inches of ice on the lake, but right now ice thickness in some places is only 13 to 15 inches, what it should have been back in December.

Credit: KARE
Slush on Lake Winnie. High Banks Resort along the lake is closing their ice fishing season early this winter due to the poor ice conditions.

In some places, Leonhardt says the weight of the snow pushing on the thin ice is causing lake water to come up through cracks, creating slush. That slush has made plowing the ice roads nearly impossible. Leonhardt says they'd normally have 25 to 28 miles of ice roads by this time, but right now they only have two.

And with few ice roads, are few ice anglers.

"Without the people out here, we have vacant houses," he said. "We're not making any money and we need money to keep it going."

The Leonhardts say the lack of anglers and cancellations at their resort in Deer River have caused them to lose anywhere between 40 to 50% of their revenue during their most profitable season.

"What we generate in revenue in ten weeks in the winter, it takes us five months in the summer to make that same amount," said Kim Leonhardt.

The Leonhardts say the ice conditions are prompting them to close for the season early, on February 23 instead of the middle of March.

They aren't the only resort owners in northern Minnesota facing problems.

Kim reached to to resort owners across a five-county region, documenting what they've encountered this winter in a push to lawmakers for state disaster relief funding.

"Red Lake [is] on the north side [of the disaster area] and all the way south, to just north of Mille Lacs Lake," she said. "There is no polar vortex possible that would correct the situation out here."

The Leonhardts say they don't want a bail out from the state, just some help until they can start making money again in the summer.