The report offers a closer look at the events that unfolded June 28, largely through the eyes of the lone survivor, flight paramedic Josh Duda. 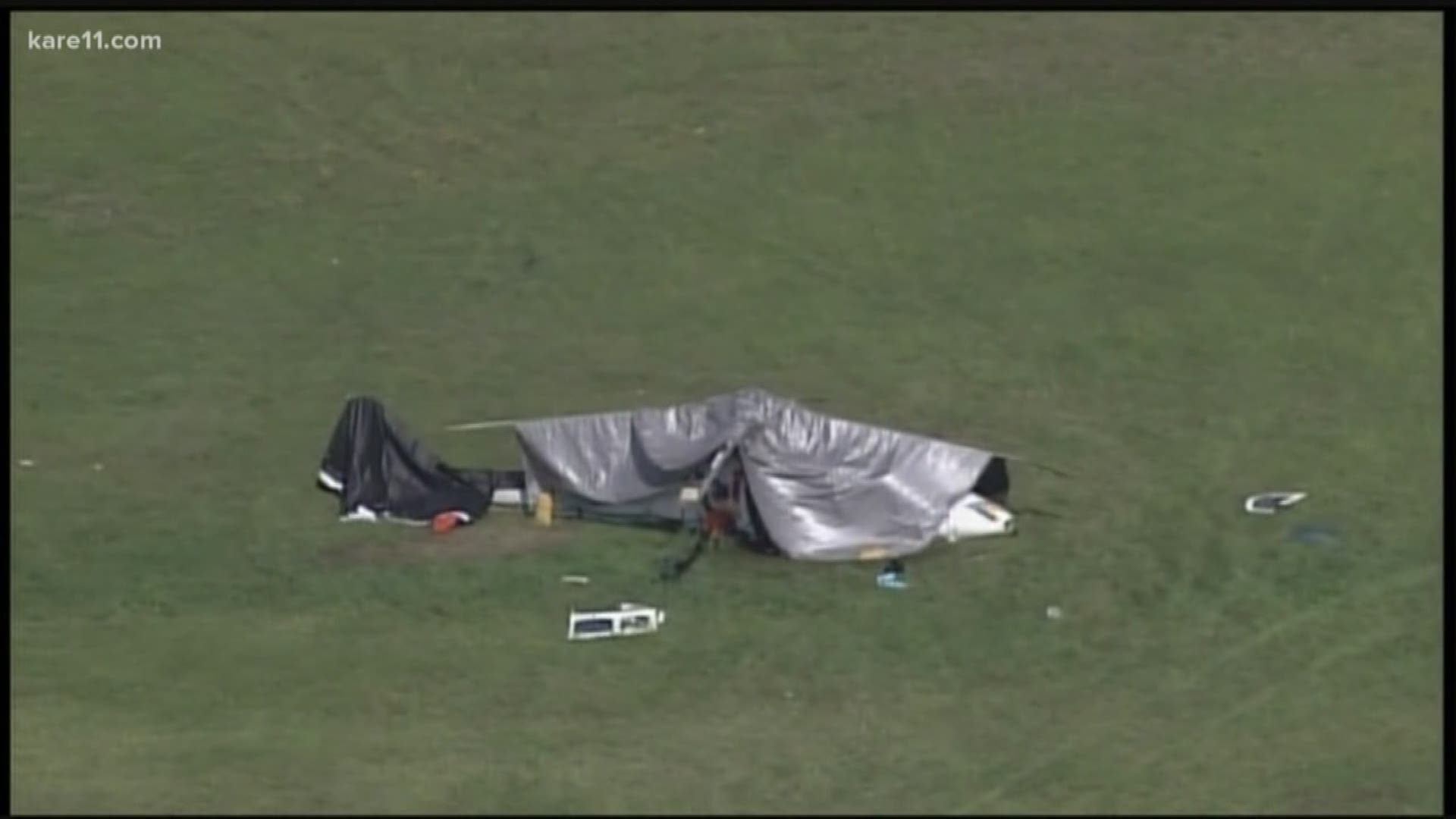 BRAINERD, Minn. — Investigators for the National Transportation Safety Board (NTSB) have released a preliminary report on the crash of a North Memorial Air Care helicopter that killed two crew members, and critically injured a third.

The report offers a closer look at the events that unfolded early the morning of June 28, largely through the eyes of the lone survivor, flight paramedic Josh Duda. The chopper was returning to its home base in Brainerd shortly before 1 a.m. after delivering a patient to North Memorial Medical Center in Robbinsdale, descending from an altitude of 6,000 feet when the crash occurred.

"According to the flight paramedic (Duda), who was seated in the left forward seat, the runway surface and lights were visible below a thin fog layer during the approach to landing," the report reads. "He noticed a few clouds to the side of the helicopter and recalled the pilot remarking that the weather conditions were foggy, and they would need to go-around. He subsequently noticed the helicopter spin to the right and impact the ground."

RELATED: Paramedic hurt in helicopter crash is expected to survive

Investigators on the scene noted that the helicopter itself was mostly intact and upright, but showed "crushing consistent with a high velocity vertical descent." There was no evidence of a post-crash fire, but the ground near the fuselage was soaked with fuel that leaked.

A cockpit image recording device, engine data collection units, and other data recorders were recovered from the wreckage and taken to NTSB headquarters in Washington, DC for examination.

Duda is an Ironman tri-athlete who also volunteers on the Crow Wing County Sheriff's Dive Team. As of Thursday afternoon he is reported in fair condition at North Memorial Medical Center.