The "100 Restrooms Project" is focused on increasing the number of restrooms open to the public in downtown Minneapolis. 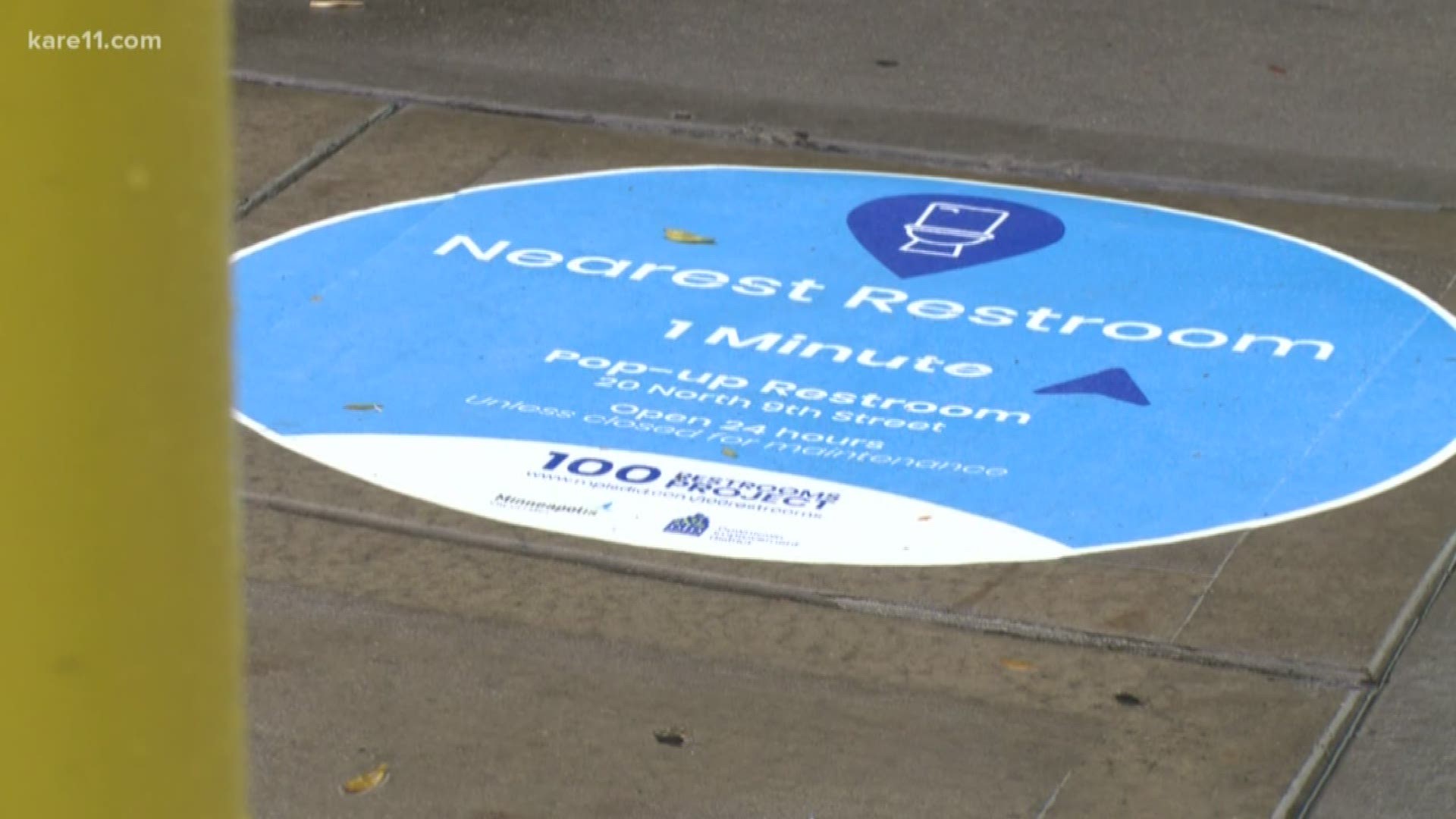 MINNEAPOLIS, Minnesota — A new project is focused on improving access to restrooms in downtown Minneapolis.

The 100 Restrooms Project is a partnership between the Minneapolis Downtown Improvement District (DID) and the city of Minneapolis.

In downtown Minneapolis, there are 29 public restrooms but the project aims to get that number up to 100. You can view a map of restrooms available for public use, here.

"For a number of years we've heard complaints from people that not being able to find a restroom makes for a less positive experience downtown and we wanted to do something about that," said Ben Shardlow, director of urban design for DID.

The project is taking several approaches to improve access.

They've placed sidewalk decals in 30 different locations around downtown that let people know the location of the closest restroom, how far the walk to it will take, and the hours it's open.

This summer, a three-season restroom was installed at Peavey Plaza.

"Before this was here, there was a much bigger challenge with public urination in Peavey Plaza. So it's a perfect example of where we're hoping to go with downtown," Shardlow explained.

DID is also encouraging businesses to ditch the "no public restrooms" signs and open up their restrooms to the public.

KARE 11 spoke to one downtown business that did not want to go on camera but told us that while they want to help, they've had people in the past who aren't customers camp out in the bathrooms, as well as drug usage, putting employees in a difficult situation.

"We know that there are businesses downtown that will let people come in and use their restroom without making a purchase and we also know anecdotally from a lot of businesses downtown that the businesses that do that have fewer operational challenges. It's just easier. So we really want to emphasize this isn't about making anyone do anything they don't want to do but it's about having an open dialogue about the fact that we want to move from a downtown where there are kind of open secrets about where you can go and use their restroom, to something where it's something where we're more comfortable talking about how things are working overall," Shardlow said.

Shardlow said they've looked at what other cities have done and something that has worked is having restroom attendants. However, Shardlow acknowledged that these ideas cost money.

The 100 Restrooms Project is being funded by DID and the city of Minneapolis.

"We aspire to being a downtown where everyone can feel welcome and everyone can have dignity and we can manage some things that are challenging in a really humane way," Shardlow said.

To submit your own feedback, you can take the annual Downtown Minneapolis Perception survey, here.