Minn. Dept. of Education confirmed public school enrollment dropped 17,000 compared to the previous academic year as parents made other choices for their children. 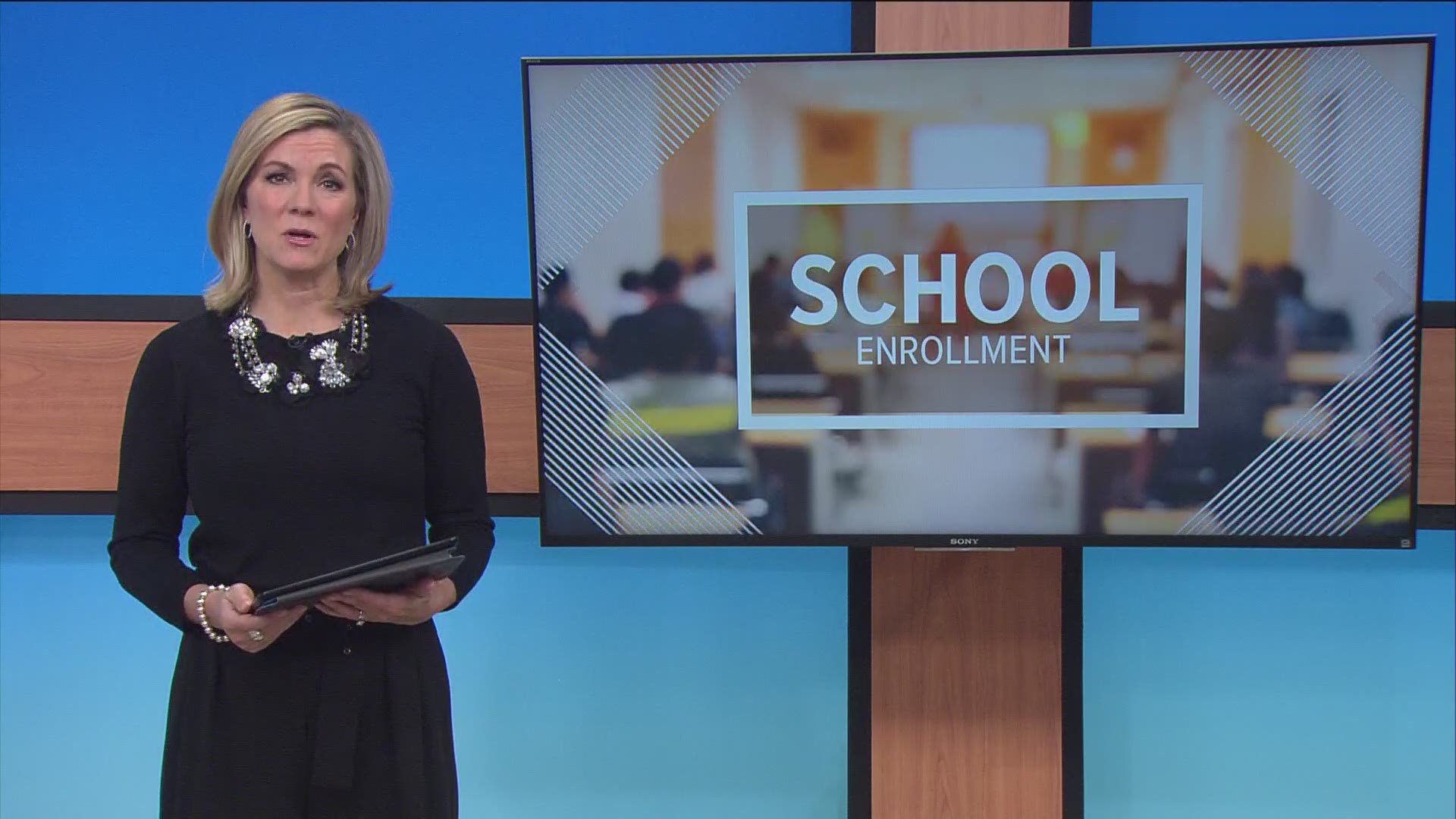 ST PAUL, Minn — The Minnesota Department of Education on Friday reported a 2% drop in overall public school enrollment compared to the 2019-2020 academic year. That statistic was largely due to parents making other choices during the COVID-19 pandemic, including delayed kindergarten.

Kindergarten enrollment decreased by 9% statewide, and there was a 12% jump in kindergarten parents choosing nonpublic school options, including private schools and home schooling.

Enrollment of students from white families fell by 3.7%, or roughly 20,000 year to year, while enrollment for Black, Latino, Asian and Native American students increased by 3,000 for a net loss of 17,000 public school students statewide.

"A lot of people are holding those kindergarteners back thinking they can wait a year," Rep. Jim Davnie of Minneapolis, who chairs the Education Finance Committee in the House, told KARE.

"The second greatest place parents are holding their children back is sixth grade, so another transition year into middle school."

The demographic makeup of the families that chose nonpublic school options, including private schools and home schooling, is most likely a reflection of income disparities and the ability of those parents to work from home during the pandemic.

"It's a tale of two states," Rep. Davnie remarked. "It’s overwhelmingly white students and white families who are making those decisions and who are able to make those decisions. And I suspect that's about who gets to work from home. And that's not evenly distributed."

He said he expect enrollment to level out by next year as the pandemic subsides and more schools return to traditional classroom learning.

Minnesota Education Commissioner Mary Catheryn Ricker said schools will take a hit in state aid which is based on a per pupil formula which average more than $10,000 per student. That's why she's asking for a one-time $25 million boost in funding to help compensate for the temporary loss in student numbers.

"COVID-19 has already robbed our students of so many milestones that make school memorable," Commissioner Ricker said.

"Now, our schools are potentially facing a huge loss in funding and resources, which will mean schools faced with eliminating learning opportunities and experiences for our students, especially students who need them most."

Davnie said it's important that when students do move from distance learning to classroom settings that the programs and staffing that were available in pre-pandemic days still be there. That's another reason he doesn't want to see school penalized financially because of this one-year blip in enrollment numbers.

Gov. Tim Walz has gradually dialed back restrictions on public schools, giving local school boards more flexibility if the infection rates are low in their areas. As of this week 85 percent of elementary students statewide had already returned to classroom learning.

On Wednesday the governor announced he'd like to see most of the state's middle school and high school students back in the classroom by March 8 if local districts are ready.

In the meantime, the GOP-controlled Minnesota Senate moved ahead Tuesday with a bill that would permanently strip Walz and future governors of emergency powers when it comes to schools. That would apply for the remainder of the current pandemic and all future pandemics.

That legislation would have to pass the DFL-controlled House and be signed by the governor to become law.

Republicans have attempted at least seven times to strip all of Walz's emergency powers, trying to void his executive orders. They've argued the coronavirus crisis isn't the type emergency lawmakers had in mind when they created the law that grants the chief executive peacetime emergency powers.