James Trantina says his crews have made more than 30 ice recoveries this season already surpassing their season average. 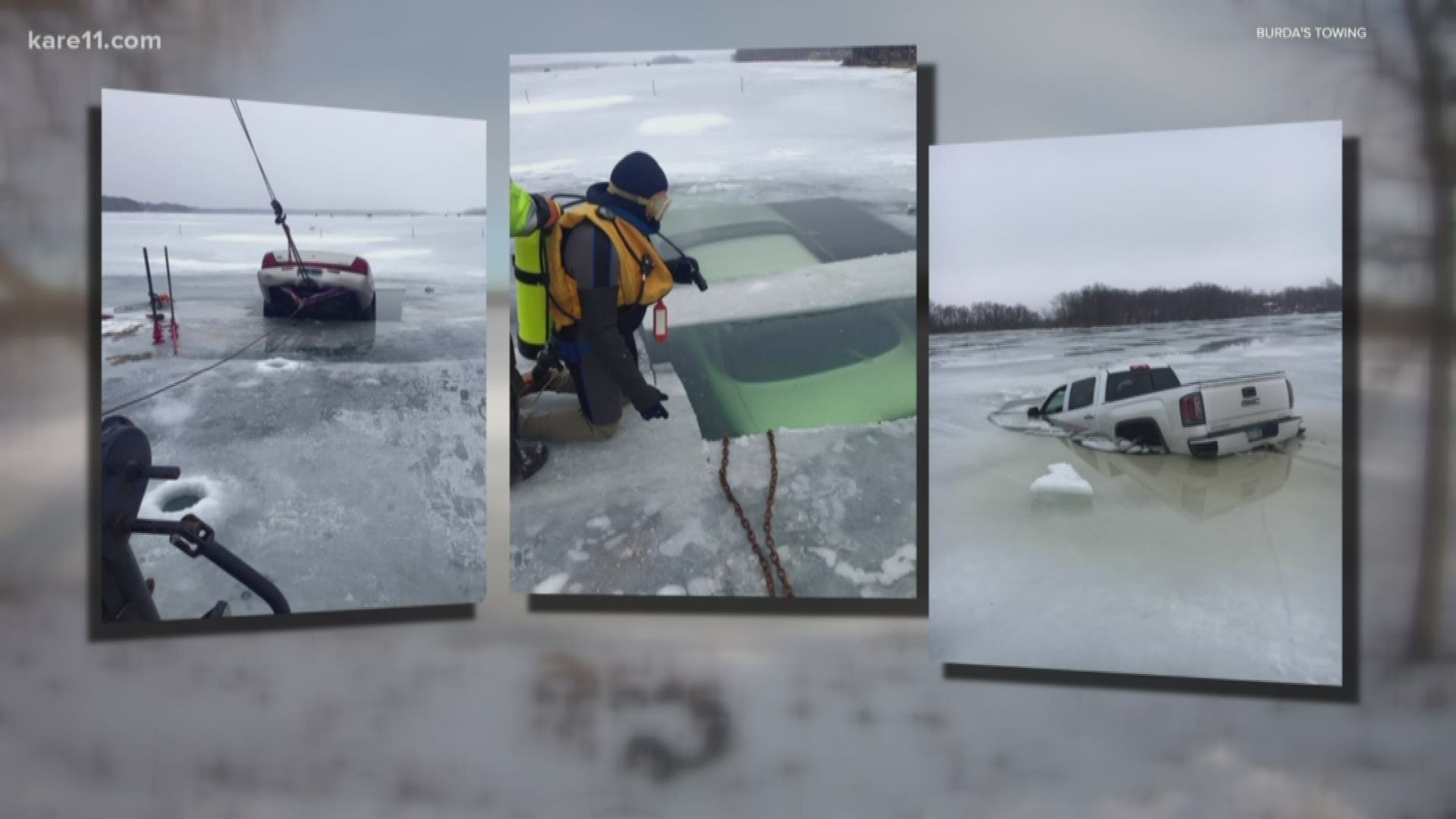 When it comes to lake ice, January is supposed to be a safer time of year to bring vehicles out.

Crews at Burda's Towing in Rogers say so far this year, that hasn't been the case.

He says his crews have made more than 30 ice recoveries already surpassing their season average.

"It's a real hazard this year," said Trantina.

The DNR says it's been above average. They have recently responded to a number of sunken vehicles, ice houses, and even tractors.

RELATED: MnDOT crews prepare for another round of winter weather

So why has it been so bad this season.

"This year we've been having a lot of 25-28-30 degree weather at night and not able to make ice that it normally does," said Chad Thesing with the DNR.
"Stayed stagnant at that 4-6 inch walkable ice, but not good enough for ATV and vehicle traffic, then people start driving vehicles thinking it would be safe
because it's been long enough."

He says try and do your research before heading out.

Not being careful can lead to dropping thousands of dollars for recovery.

"We want people to be safe and make sure they're going to make it back home," said Trantina.

So what are the guidelines for heading out on the ice?

Well here's what the DNR says:

If you just want to fish the ice needs to be at least four inches thick. Driving a car needs ice between 8 and 12 inches. Driving a truck needs ice to be 12 to 15 inches.

Anything under four inches the DNR suggests staying off the ice.