In a Facebook post the non-profit Transformative Circle cites the racial overtones of the city's name, and shares the results of a survey on renaming the community. 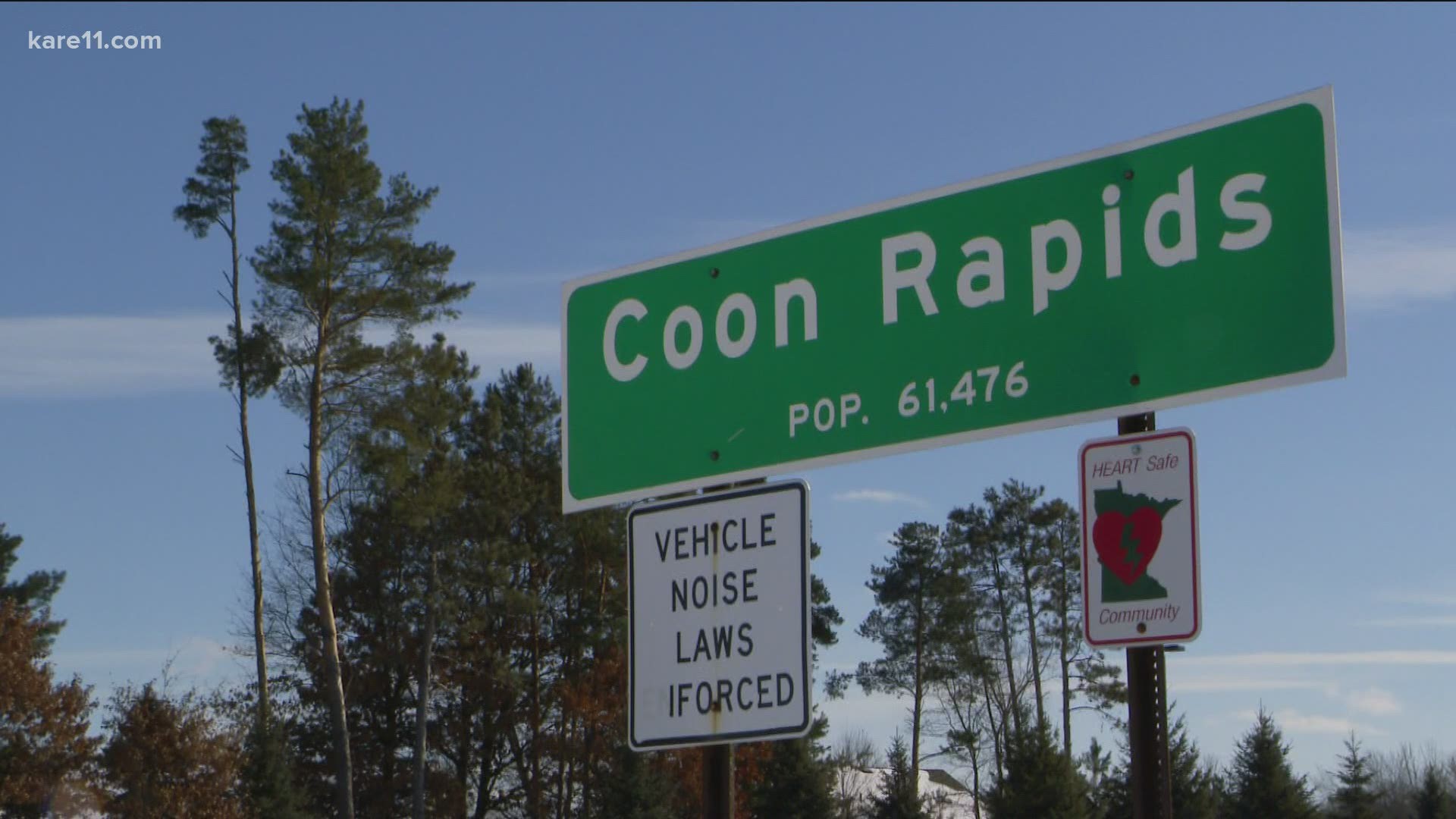 What's in a name?

Plenty, if you ask organizers of the non-profit Transformative Circle. As part of celebrating Black History Month the group recently conducted a survey on how people feel about the name of the city of Coon Rapids, and their reaction to the possibility of changing it due to perceived racial overtones it carries.

In a Facebook post from Feb. 6, Transformative Circle shares that 464 people responded to the survey, with 38% of respondents saying Coon Rapids should change its name, and 62% against a change. Organizers say the survey is "by no means a scientific poll," merely an attempt to gauge how people feel about the name, which for some carries negative racial overtones.

"Many of you shared stories of why you feel that the name should be changed," the post reads. "Sharing stories such as these can make a person feel vulnerable, and I applaud your courage. You spoke of embarrassment at the name, humiliation of having to explain the origin of the name knowing that the word is also used as a racial slur. Some of you have even shied away from moving here because of the name."

Transformative Circle describes itself as "a diverse group of people, who have come together to foster greater understanding and appreciation for our community as a whole and the cultural differences and customs that make our community unique."

Lori Anderson is the author of the survey. She said she moved to Coon Rapids 33 years ago for all the charms a small city has to offer.

"There's a variety of housing options in the city," Anderson said. "The shopping was good, the schools were good but I've never felt comfortable with the name."

In fact, Anderson said she tries to avoid naming her city.

"When I talk to people from out of town, I just say Minneapolis," she said. "When I'm talking to people on the phone or whatever, I just refer to it as the Rapids."

Instead of just avoiding the name, Anderson said she wanted to start a discussion about possibly revisiting the issue of changing the city's name. That's why she started the survey.

The Facebook post itself drew more than 100 comments, some supportive of the effort while others blasted both the idea of a name change and the methodology.

"It's long past time for the city to change its name," one person commented. "Not only is the name an undisputed racist slur....it's sounds trashy. River Rapids would be much more appropriate. And it sounds lovely."

"I think people have too much time on their hands," one reader concluded. "Why don’t you put your effort into something worthwhile. I graduated from CRSH. No one ever talked about it being racist."

Merriam-Webster describes the word as "offensive--used as an insulting and contemptuous term for a Black person."

"The coon caricature is one of the most insulting of all anti-black caricatures. The name itself, an abbreviation of raccoon, is dehumanizing."

City history has it that Coon Rapids took the name from Coon Creek, where settlers would hunt racoons for their pelts.

Anderson added that there's an opportunity cost of leaving the name as is.

Anderson said her preliminary research showed that changing or repainting a water tower could cost up to a million dollars. She assumes changing other signage around the city, including on city vehicles and police badges would cost another $600,000. However, she said the changes would be gradual and over the course of several years.

"We don't have an accurate count yet, I'm planning to sit down with the city manager to figure that out," she said. "But this would not be an instantaneous change, we're talking a two to five year roll out, if not longer. Especially with the water towers; they eventually have to be repainted anyways."

This is not the first time the idea of changing the name of Coon Rapids has been floated. A referendum to ditch the name in 1968 was voted down, and in 2006 a city councilman named Joe Sidoti mounted an effort for a new name that would make the community sound "less hick."

KARE 11 has reached out to the entire city council of Coon Rapids and received this as a response:

"The survey about changing the city’s name is being conducted by a private citizen group, not by the City itself, and the City respects the group’s right to conduct such a survey. Being that the City itself doesn’t have any direct involvement with the survey, the City doesn’t have an official position on it."

However, we did also receive a separate statement from City Councilmember Kari Rehrauer.

"This is a personal statement and in no way the view of the city council. Maya Angelou said, “Do the best you can until you know better. Then when you know better, do better.” I think those of us that have lived here a long time are used to the name Coon Rapids and don’t think about the racist meaning of the word C-o-o-n. Many residents have heard the history that the name comes from an abundance of raccoon hunting in the area. Unfortunately, that history doesn’t change the racist meaning of the word c-o-o-n. See https://www.ferris.edu/jimcrow/coon/
I have talked to a number of Black residents of Coon Rapids about the name, and they have stated that it is racist, derogatory, and offensive. Now that we know better, my personal view is that we can do better and we should change the name."