Rep. Omar says someone threatened to kill her at MN State Fair

Rep. Omar tweeted what she says is a death threat against her, specifically mentioning the MN State Fair. 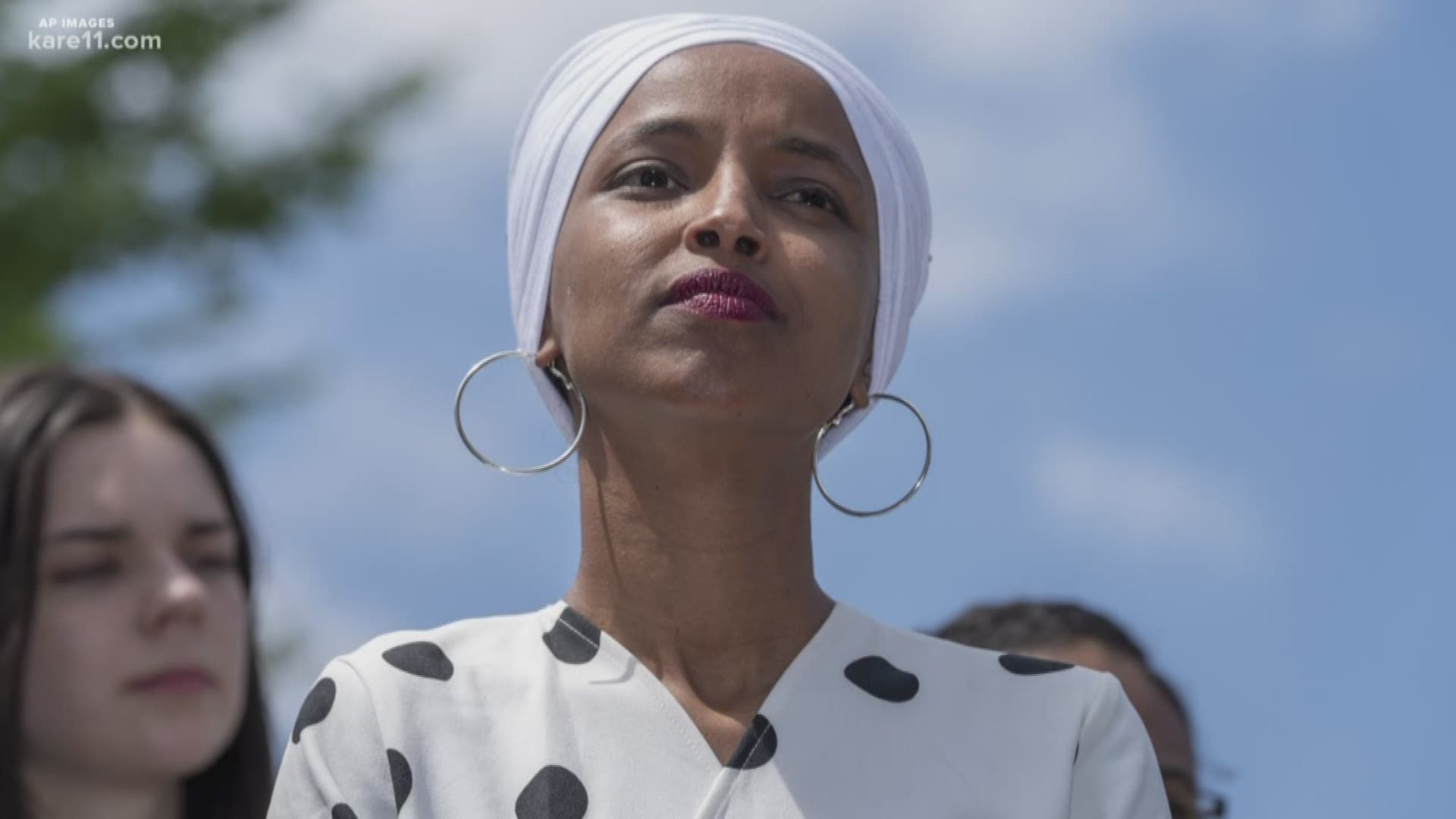 FALCON HEIGHTS, Minn. — Rep. Ilhan Omar says she received a message from someone threatening to kill her at the Minnesota State Fair.

The Minnesota Congresswoman posted a photo of the typewritten note on Twitter Wednesday, saying, "I hate that we live in a world where you have to be protected from fellow humans. I hated it as a child living through war and I hate it now. But until deranged people like this stop threatening my life and the lives of others, I have to accept the reality of having security."

The note that Omar says she received states, "You will not be going back to Washington, your life will end before your 'Vacation' ends."

It goes on to say that the threatened crime would "quite likely" take place at the Minnesota State Fair, and that she "won't die alone."

Omar was in the headlines this week after a divorce filing by a woman in Washington D.C. was made public, alleging the Minnesota Congresswoman had an affair with her husband. Omar has not responded to those documents.

A spokesperson for Omar tells KARE 11 that she will not be returning to the State Fair. They did not say whether that was in relation to this incident.

"Safety is our number one priority, and we work very hard to provide a safe and secure environment for everyone. Our public safety and security plan is developed and implemented in partnership with multiple law enforcement agencies and experts at every level. Our comprehensive security systems encompass every part of our operation, and they are continuously reviewed and adjusted. Our security measures are done to ensure that everyone has their usual safe and outstanding experience at the Great Minnesota Get-Together."