One dead, two hospitalized after apparent house explosion in Princeton

Neighbors say the incident occurred at around 12:15 p.m. on the 1000 block of 8th Avenue North, adding that it felt like a "sonic boom." 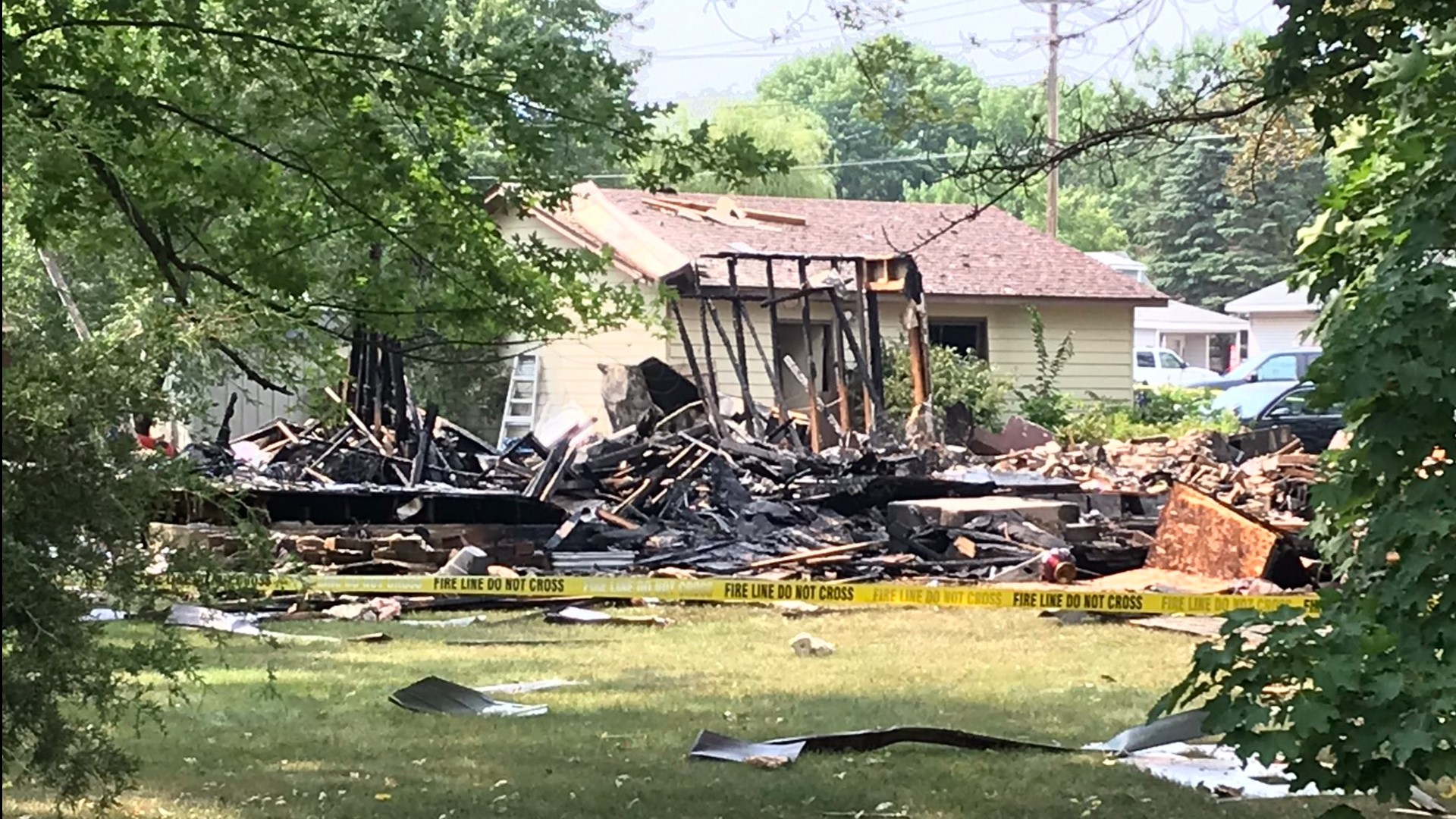 PRINCETON, Minnesota — A person was killed and two other people were hospitalized after an apparent house explosion Thursday afternoon in Princeton, Minnesota, officials say.

According to a press release from the Princeton Fire Department, crews were called to the 1000 block of 8th Avenue North just before 12:15 on a report of a house explosion. Neighbors in the area say it felt like a "sonic boom."

Images from SKY 11 over a residential neighborhood show a two-stall garage standing seemingly untouched, with the building next to it, which appears to be a home, reduced to rubble. Nothing of the structure remains intact.

"I lived there pretty much my whole life," said Dennis Marquardt, the stepson of the man killed. "I got a phone call from my brother and he said, 'You better come down.' I came down right away and the house was gone."

Dennis's wife, Betsy, called her father-in-law's death a "big loss," identifying him as a man in his eighties named Eugene. Betsy said Eugene's son and granddaughter were the relatives injured by the explosion. The Princeton Police Department and Fire Department, working jointly on the investigation, have not released those names, but said the woman is 39 years old and the man is 59 years old.

Kolten Koonce, who was a few doors down when the explosion happened, helped pull the surviving male from the basement staircase after he ran toward the flames and rubble. Others then took him to safety as they waited for first responders.

“I’m still in shock. This is crazy," Koonce said. "I just can’t believe we showed up at the time we did, or there would have been another casualty.”

Betsy Marquardt said her family is extremely grateful for the actions of Good Samaritans.

"Just, thank you. All I can do, is say thank you," she said. "Your efforts were amazing.”

According to family, one person was killed in this explosion and two others were taken to the hospital. Bystanders helped rescue at least one of the family members from the home. https://t.co/z3dA03ODul

A manager at a nearby Casey's Gas Station told KARE 11 that the blast rocked their building early Thursday afternoon. They initially thought it was a tree that had fallen on the building.

Comments on a video posted by the Union-Times newspaper in Princeton described similar shaking in the community, located about 50 miles north of the Twin Cities.

KARE 11's Danny Spewak reports that one of the people in the hospital was rescued from the home by neighbors and bystanders before first responders arrived to the scene.

This is a developing story. Stay tuned to kare11.com for developments.

Crazy stuff . A house just blew up by my folks 2 got out 1 or 2 inside is what people are saying around the place . Sorry for the shaky video the explosion scared the crap out of us. Blew my cat across the room cuz she was looking out an open window. pic.twitter.com/k0RFhP6G7C