The researchers behind the project say while there's plenty of data on flooding from rivers, that's not the case for street flooding. 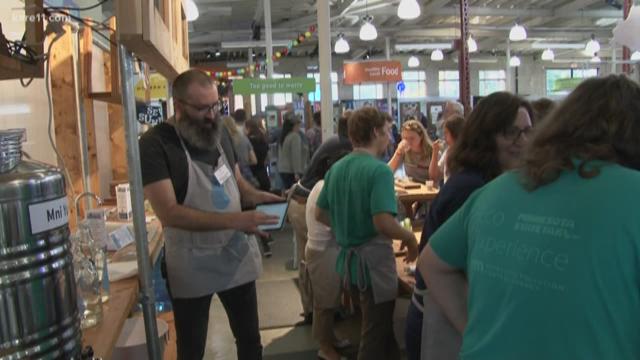 FALCON HEIGHTS, Minn. — At the Water Bar in the Eco Experience building at the State Fair, co-founder Colin Kloecker is used to speaking with visitors about H20.

But this year, some of the conversation is a little different.

"Do you guys ever experience any kind of street flooding in Monticello?" he asked a group of people who stopped by the Water Bar Tuesday.

The booth is helping researchers gather data on street flooding in the seven-county metro area. They're asking visitors to fill out a survey about what they've seen in their neighborhoods.

The survey, called the My Street Flood Map project, is by the Sustainable and Healthy Cities network and is funded by the National Science Foundation.

"They're actually mapping the location where they experienced that flood," said Kloecker as he pointed to the survey on an iPad at the Water Bar.

The researchers behind the project say while there's plenty of data on flooding from rivers, that's not the case for street flooding.

"It's very quick ... you cannot really capture it and monitor it," said Dr. Lin Zeng, a researcher with the project, "That's why we want to establish a data set like this, to help us better understand."

The hope by compiling the data, they'll be able to find where the flooding is happening the most and try to prevent it.

The survey has added importance, as scientists say because of climate change, we'll likely see more flash flooding in the future.

"That water [from flooding] is actually going right into our surface water, so lakes and river. In St. Paul, it's going right into the Mississippi River and it's bringing with it pollution from the roads," he said.

The survey will run for about another year. You can take it here.