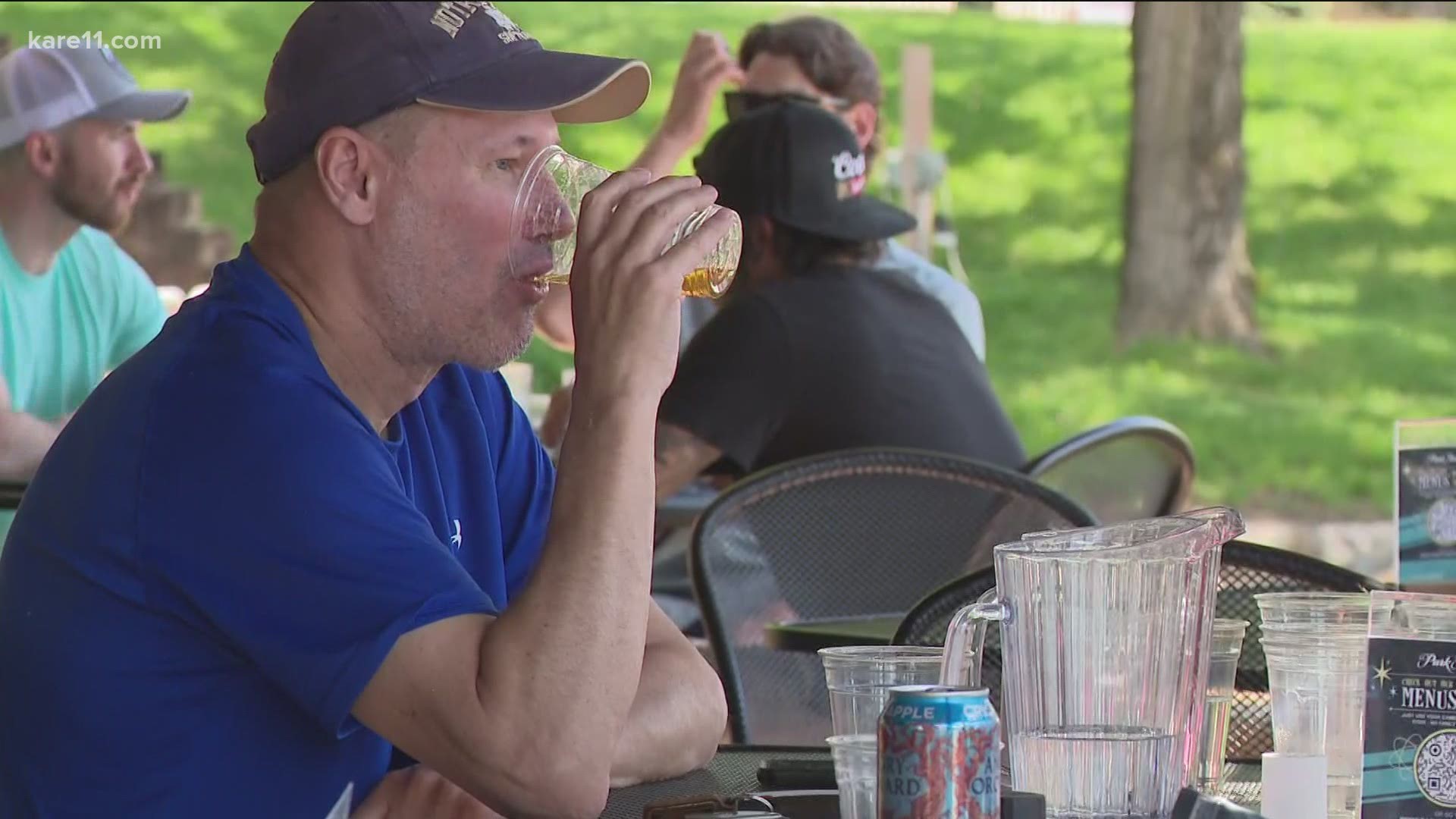 ST. LOUIS PARK, Minn. — After playing things safe for more than a year, Danielle Genz ventured into public on Memorial Day and felt pretty good about it.

Genz capped off an afternoon of tennis by enjoying a drink on the patio at Park Tavern.

“It feels very refreshing,” Genz said. “The vaccines have really helped us sort of feel like, ‘I think we’re comfortable.’ Baby steps, to be sure, has been the name of the game for our family.”

Credit: KARE11
Danielle Genz says she's feeling better about being in public these days, thanks to widespread vaccine availability.

It’s a start, at least, for a hospitality industry sorely in need of a boost during the summer of 2021.

Certainly, the OpenTable data shows an imperfect snapshot of a complex topic – and some individual cities, like Minneapolis, are still very far off from pre-pandemic totals.

But, anecdotally, it’s still clear that demand is on the rise after so many months of bleakness.

“It warms the soul,” Weber said. “Over the last several weeks, I swear to you, the smiles on people’s faces have gotten twice as big.”

Weber said there’s still some understandable hesitancy about eating inside, and he said he’s still not at pre-pandemic business levels personally.

In other words, there’s still a long way to go.

However, once more group events and parties return to Park Tavern, Weber hopes he’ll be able to make the pandemic seem like a distant memory.

“Once I can accommodate them, and once they’re comfortable, then I think you’ll see – for us, at least – we’ll get back to more normal,” Weber said.

RELATED: 'It's completely different' | A look at Memorial Day weekend this year