Retailers ramp up hiring for the holiday shopping season

Amazon is looking to hire about 3,000 workers for seasonal jobs in the Twin Cities metro area. 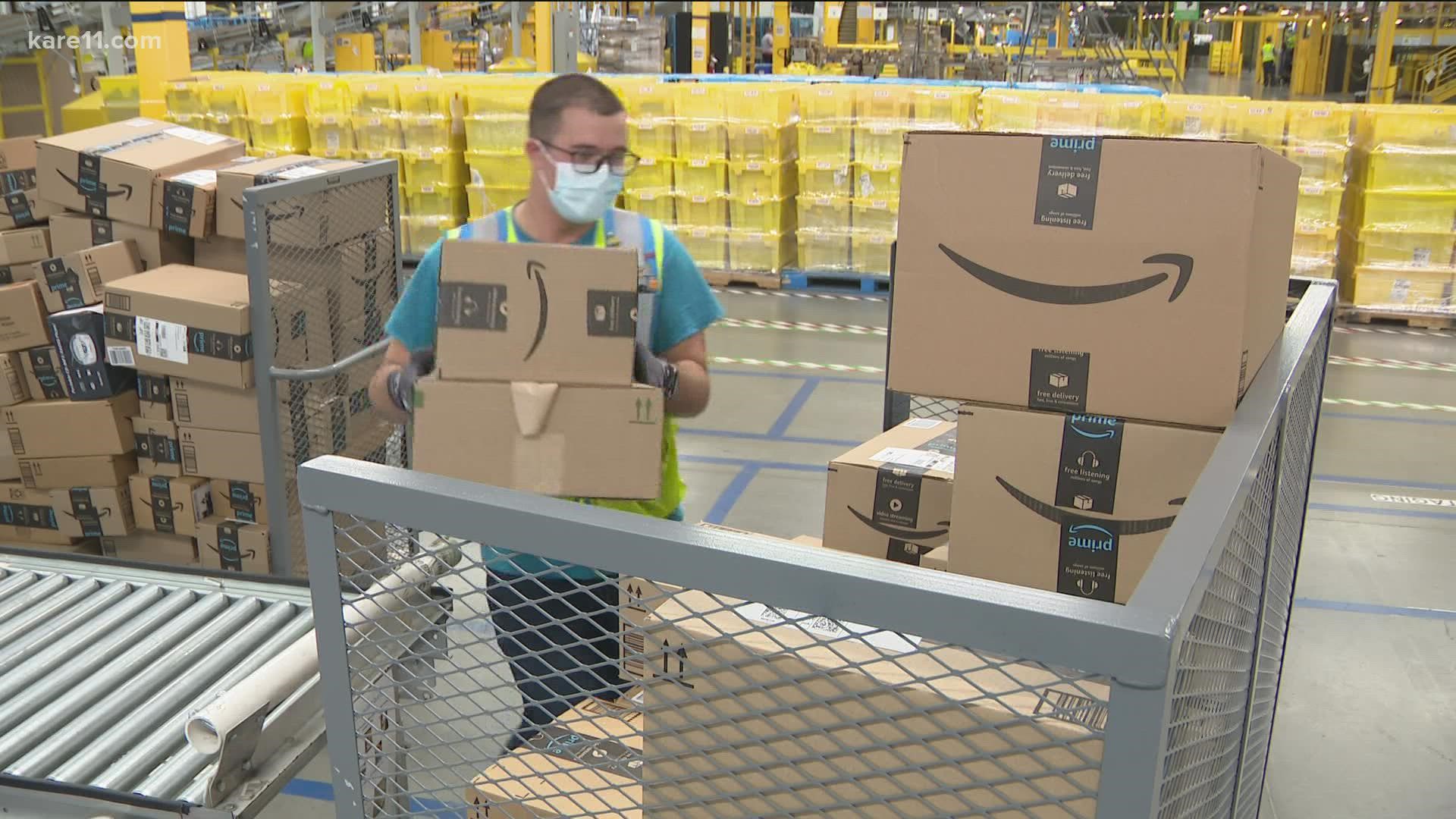 SHAKOPEE, Minnesota — Retailers are gearing up for what's anticipated to be a busy holiday shopping season.

The NPD Group, a market research company, predicts about 29% of U.S. shoppers plan to spend more on holiday shopping than they did last year with more consumers planning to see family and friends this season.

Amazon announced Monday that 150,000 seasonal jobs are now available across the U.S. — about 3,000 of those openings are in the Twin Cities metro area.

"It's a very challenging market everywhere so that's why we're really trying to look at how we can best support those folks and make it attractive for them to come to Amazon," said Adam Swift, assistant general manager at the Amazon Fulfillment Center in Shakopee.

"Because we have such a high demand during the holiday season, for some of our night shifts where we need a few more people, up to $3 an hour extra through the end of the holiday season just to help us fill some of those tougher shifts," Swift said.

It can be harder for smaller retailers to offer similar incentives.

"We can't really compete with like a signing bonus or some of these other things that bigger corporations are doing, there's just no way. So that's why we're hoping somebody that believes in what we do will come on to the team," said Nikki Hollerich, co-owner of Hagen and Oats.

The woodworking company based in Newport is looking for seasonal retail workers to staff a holiday pop-up store at the Mall of America.

"It's kind of this catch-22. We want to say yes immediately to the mall, but we can't commit until we know we can staff it. We know that's going to be one of our big hurdles to get over," Hollerich said.

Hollerich said they do not have problems finding workers for their woodshop but it's challenging finding retail help, especially for full-time positions and day shifts.

"We're just hoping for that like one diamond in the rough that can come through for us," Hollerich said.

While Hagen and Oats is looking for temporary help for November and December, Swift with Amazon said they have more than 300 employees at their fulfillment center that started as seasonal and have worked their way up to full-time employees.

"Just recently converted over from a seasonal to a permanent position here at Amazon and I'm really excited about that," said Brandon Tarabocchia, an Amazon associate.

Amid labor shortages, Oriane Casale, interim director of the Labor Market Information Office of the Minnesota Department of Employment and Economic Development (DEED) predicts many employers will use this time as an opportunity to try and retain workers past the holiday rush.

The Mall of America also has many job openings, both full-time and seasonal. Many of them include sign-on bonuses.