According to a recent survey, 42% of LGBTQ youth seriously considered suicide during the pandemic. Only 1 in 3 felt supported at home. 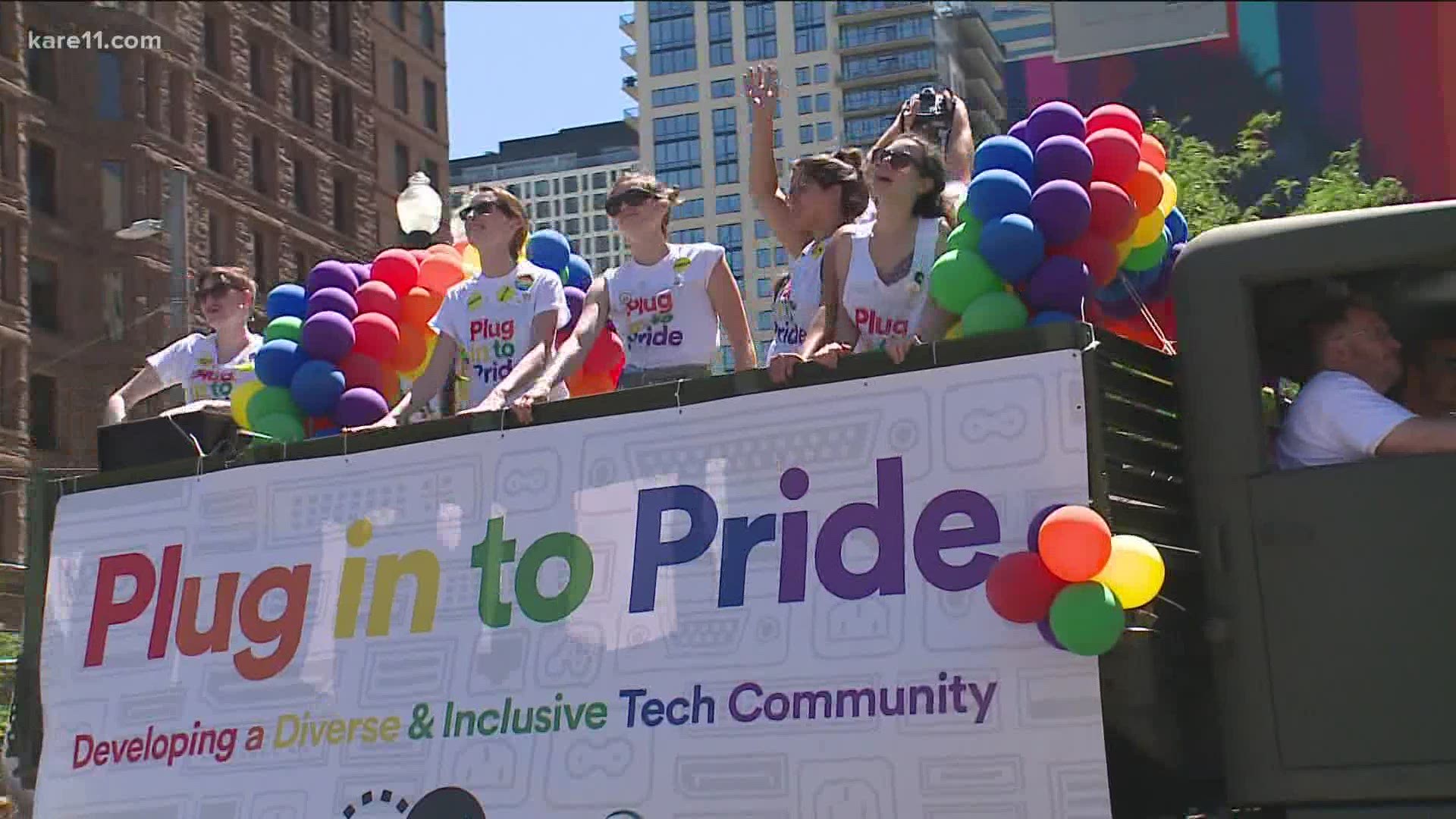 MINNEAPOLIS — The return of LGBTQ Pride month amid a retreat of COVID-19 cases across the United States, means Pride parties and parades are set to resume in cities across the country after a year of pandemic cancellations.

The return of those annual celebrations is a hopeful sign for many in the LGBTQ community, but Dr. Angela Kade Goepferd, Medical Director of the Gender Health Program at Children's Minnesota, says the parades and public gatherings represent a lifeline to many LGBTQ young people.

"I think its particularly hard for LGBTQ kids, when these events disappear," Dr. Goepferd said, during an interview with KARE11 last June. "For LGBTQ kids that physical distance and social distance when schools closed was really particularly hard. Youth tend to come out to their peers first, and then at home, so they lost that social network."

In the year since Dr. Goepferd first expressed concern about the impact on LGBTQ youth, she says the problem only grew.

"What I have seen in the kids that I've taken care of is increased depression, anxiety, increased feelings of isolation, feeling they are at home with parents who don't understand their identity," Dr. Goepferd said. "(Parents) may not respect their identities or use their name and pronoun. That's a lot of what I've been seeing and, nationally, that's what we've been seeing as well."

According to a new national survey conducted by the Trevor Project - a national organization providing crisis intervention and suicide prevention services to LGBTQ youth - 42% of LGBTQ youth reported seriously considered attempting suicide in the past year, while 48% could not access the mental health care they desired.

"That tells me that we have a mental health crisis in this country for all kids, I think, in general," Dr. Goepferd said. "One thing that we've seen here at Children's Minnesota is that, since the pandemic, our Emergency Department has been filling up with kids who are in mental health crisis. I think that a lot of kids are experiencing increased depression, anxiety and suicidality, and unable to access the services that they need. For LGBTQ kids, the pool of resources gets even smaller."

And unlike their peers, Dr. Goepferd says LGBTQ youth have a harder time finding support at home. According to the Trevor Project survey 80% of LGBTQ youth reported that COVID-19 made their living situation more stressful, and only one-third of young people reported living in a home that is LGBTQ-affirming.

With many students now back in school, Dr. Goepferd says she's beginning to see more LGBTQ youth reconnect with their peers and support systems, but she says the return of Pride events, in person, promises an even more powerful hope on the horizon.

"It's a different way to celebrate identity," she said. "So often we talk about accepting kids or loving kids, but we don't use the word celebration very often. Pride is just one big huge celebration. It's visual, it's community, it's a way to say, not only is it okay that you are LGBTQ, it's great."

While the big celebrations are impactful, Dr. Goepferd says simply loving and supporting someone for who they are has shown to be one of the most powerful actions to help LGBTQ youth. She says young people who report being loved and supported for who they are, have far better mental health outcomes and far lower rates of attempted suicide.

If you are thinking about suicide and in need of immediate support, you can call the TrevorLifeline at 1-866-488-7386, text START to 678-678 or click here for online support.