When Wayne Kewitsch suffered a heart attack, Edina police and firefighters were on the scene in minutes 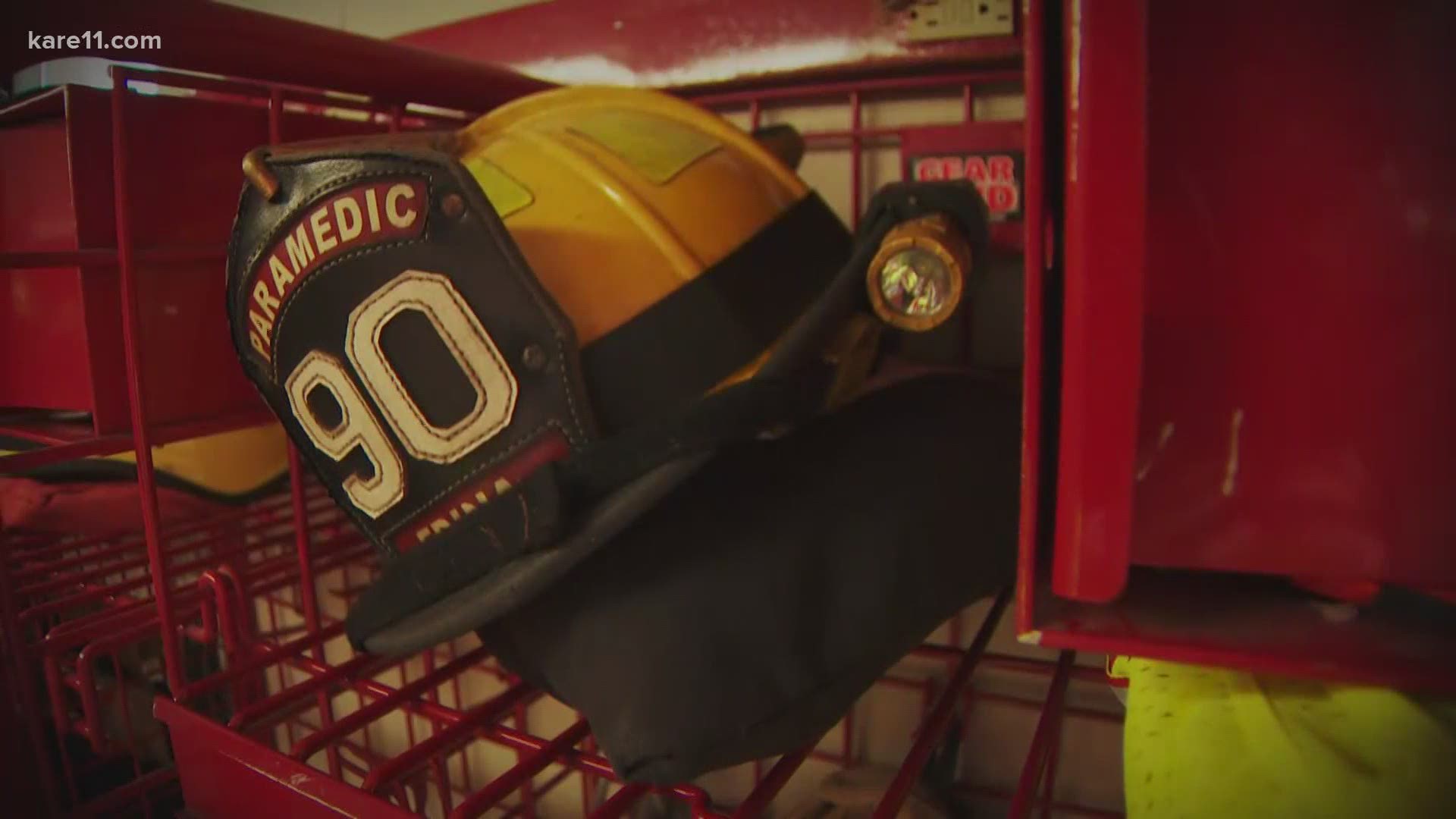 EDINA, Minn. — The 1970's rivalry between Richfield and Edina is the stuff of legend.

“There was the big Richfield Edina football game,” Wayne Kewitsch recalled. “Some Richfield kids had snuck over and poured gasoline in the football field and a big “R” and lit it up.”

Kewitsch is the Edina kid who grew up to be the Richfield Fire Chief.  He’s also now a living testament to the Richfield/Edina friendship.

“It was Wednesday before the 4th of July,” Kewitsch said. “Got up, took the garbage out and I was walking back to the house, I felt a really sharp heavy, almost like a steel bar was pushing on my chest.”

Back inside the house, the pain went away and Kewitsch wrote it off to acid reflux.

It's the last thing he remembers.

“I was in cardiac arrest,” the fire chief now knows.

Edina dispatch put out the call.

“Be advised this is the Richfield fire chief,” the dispatcher said at one point.

An Edina police officer was first to arrive. Firefighters and EMS personnel were close behind, their fire station located just a couple minutes from the Kewitsch home.

“They came flying over. I had seven medics working on me, three police officers,” Kewitsch said. “I got shocked three times. The third time my pulse came back and stayed. My heart started beating on its own.”

Kewitsch was rushed to M Health Fairview University of Minnesota Medical Center. “I had an 80 percent blockage of my left anterior descending coronary artery, commonly known as the widow maker,” he said.

Remarkably, just six days later, Kewitsch walked into the Edina fire station to thank the firefighters and police officers who saved him.

“For them to be there for me was really something. It was very emotional,” Kewitsch said.

“We do our best on every single call,” Quinn said. “It just so happened to be Wayne, and it's pretty cool.”