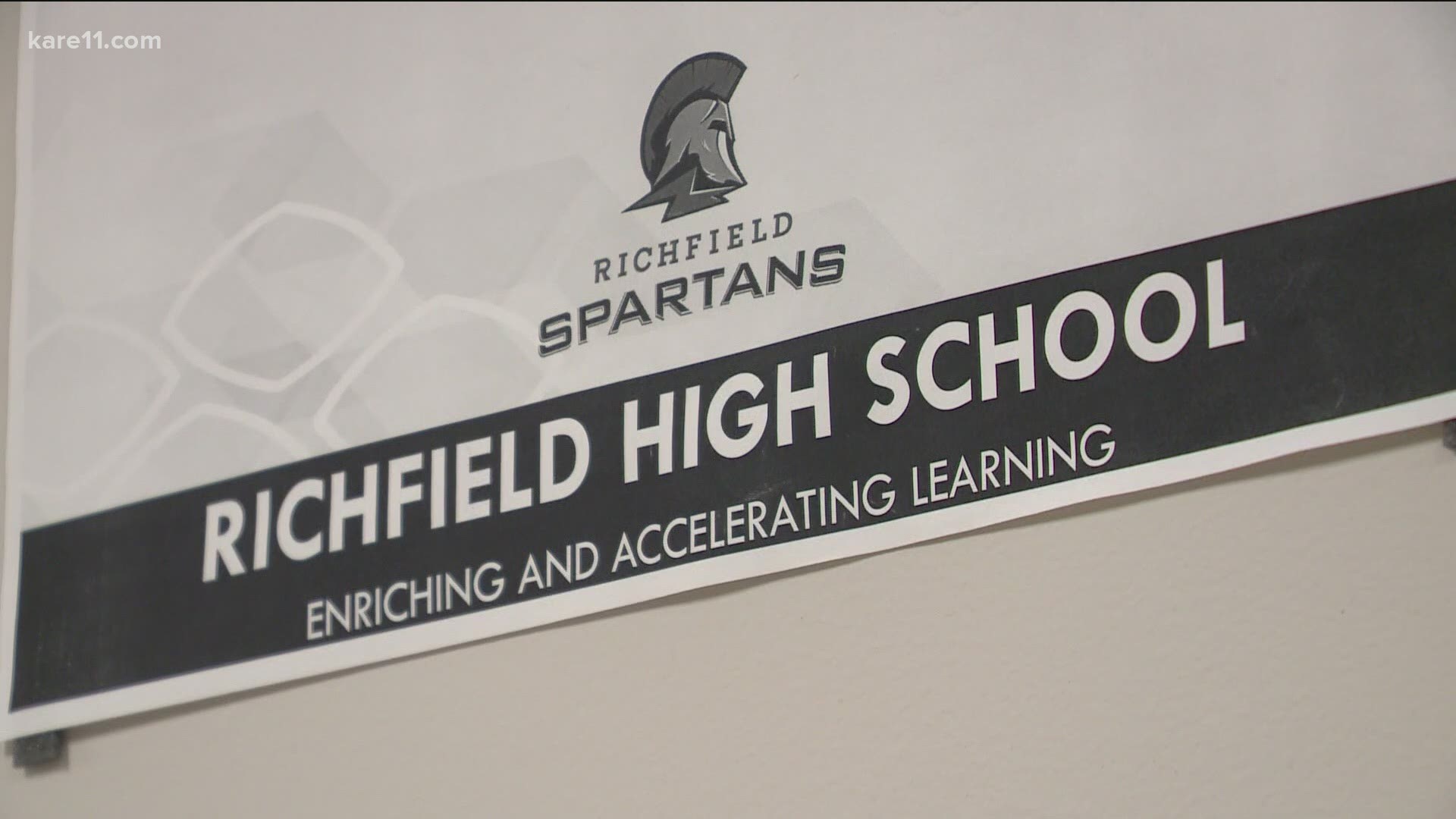 RICHFIELD, Minn. — Richfield High School's Class of 2020 already had reason to celebrate. For one, students graduated during a global pandemic.

Dr. Latanya Daniels is currently assistant superintendent but was high school principal at the time. Now, she has a new reason to celebrate her former students.

"We are excited to share with you that the 4-year graduation rate for Richfield High School students increased by 8.4 percentage points," Daniels wrote in a letter to families that was cosigned by Superintendent Dr. Steven Unowsky.

"Not just in the metro but actually across the country, finding schools that there is no predictability by race," he said, "that doesn't happen often."

Getting to this point was not by chance. There were structural changes, including adding an extra period to the daily schedule to give students more time to take more classes, including college-level courses.

The district also actively recruited educators of color and held regular trainings with all faculty to build authentic relationships with students.

"We listen to students and not only listen to students but enact the requests that they make," Daniels said. "We like to incorporate their voices to make sure that we are supporting them to attain their goals, their vision and so yes that has been institutionalized and it has been integral in changing outcomes for us here in Richfield Public Schools."

RELATED: Suspending suspensions: One of many ideas floated by St. Paul equity committee