According to the Salvation Army USA's official website, they are "committed to serving the LGBTQ community" through five key areas 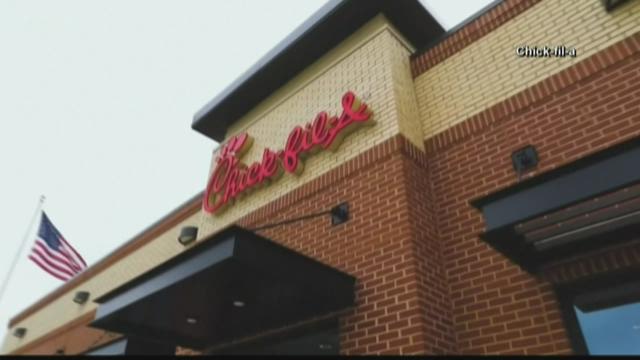 ATLANTA — The Salvation Army released a statement regarding Chick-fil-A's recent change to its donation policy that swiftly swept across social media.

In a Twitter post released around 1 p.m. on Monday, the organization said they were "saddened to learn" that Chick-fil-A will no longer be one of their funders.

The Atlanta-based chicken chain said in a news release that it would roll out a "more focused giving approach" in three areas: hunger, homelessness and education.

Chick-fil-A also told Reuters on Monday that it had "fulfilled (the) obligations" it had made in multiyear commitments to The Salvation Army and the Fellowship of Christian Athletes, two Christian charities that oppose same-sex marriage.

"We're saddened to learn that a corporate partner has felt it necessary to divert funding to other hunger, education and homelessness organizations -- areas in which The Salvation Army, as the largest social services provider in the world, is already fully committed," The Salvation Army said.

The chicken chain has faced a plethora of controversy from LGBTQ+ groups and supporters for their well-known conservative values.

The Salvation Army also noted that they "serve more than 23 million individuals a year, including those in the LGBTQ+ community. In fact, we believe we are the largest provider of poverty relief to the LGBTQ+ population."

According to the Salvation Army USA's official website, they are "committed to serving the LGBTQ community" through five key areas: Shelter, job training, help with substance abuse, food insecurity, and teenage suicide.

Although the Salvation Army did not directly clarify the company's stance on same-sex marriage in Monday's release, their website page includes a message at the bottom saying," helping those in need is the heart of the mission. We're motivated by the love of God to meet human needs in His name without discrimination. We embrace people regardless of race, gender, ethnicity, sexual orientation, or gender identity. Our hiring practices are open to all, and we provide the same benefits to opposite-sex and same-sex couples."

The Salvation Army tweeted, "We urge the public to seek the truth before rushing to ill-informed judgment and greatly appreciate those partners and donors who ensure that anyone who needs our help feels safe and comfortable to come through our doors."

In a statement to the Thomson Reuters Foundation Chick-fil-A said, "We made multi-year commitments to both organizations and we fulfilled those obligations in 2018." However, the foundation did not rule out future donations to the companies, but they did say they will no longer make multiyear commitments in an effort to "allow maximum impact."

The company did not mention any protests or controversy in its announcement of its new policy. Chick-fil-A President and Chief Operating Officer Tim Tassopoulos told Bisnow, “There’s no question we know that, as we go into new markets, we need to be clear about who we are.”

The chicken chain has struggled to expand into more liberal cities and airports such as San Antonio, San Jose, and others.

A body, a burning truck and the Ghostface Gangsters: 4 convicted in Mableton murder