Amanda Jo Vangrinsven was last seen with the man. Her body and a number of guns were found on his property. 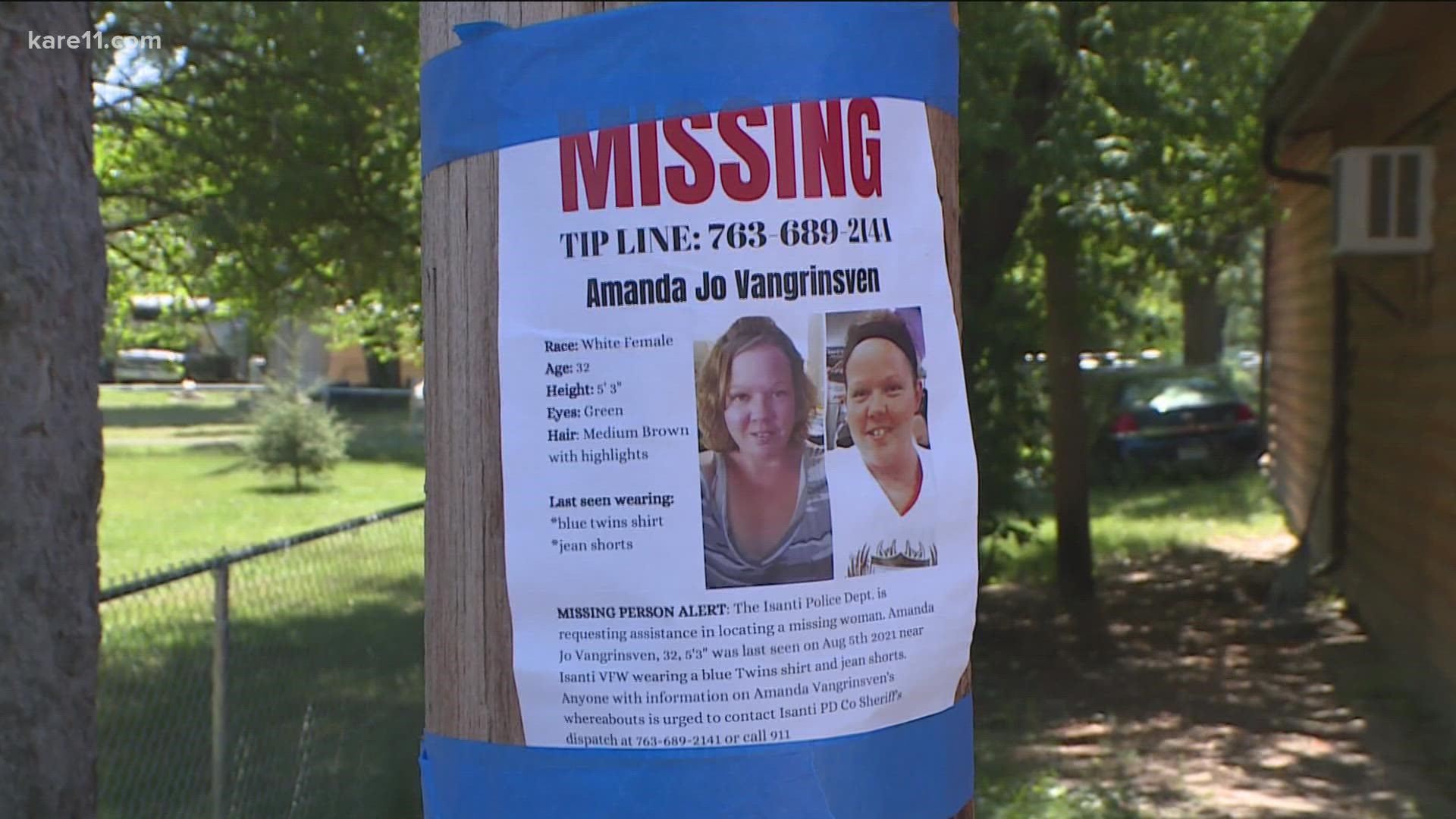 Newly unsealed search warrants reveal that police found Vangrinsven's body buried on the man's property. She had last been seen with him before she was reported missing. On Tuesday, the Midwest Medical Examiner's office officially identified the body as Vangrinsven.

Vangrinsven, 32, was reported missing earlier this month. Investigators found her body while executing a search warrant at the man's rural property.

The warrants state in detail that the two were seen together at the Isanti VFW, before the man offered to drive Vangrinsven home as she had been drinking. The two were later seen together at a Bethel bar before again leaving together. The man claimed he dropped Vangrinsven off at a park near the VFW, but she was not seen again.

Investigators interviewed the man and found "discrepancies" in his statement, the warrants state. When a search warrant was executed on the man's property, investigators found Vangrinsven's body buried. A preliminary examination of her body found a "projectile consistent with a bullet" lodged in her skull.

Police seized a number of guns from the property, as well as the owner's vehicle, tractor and backhoe.

Sources tell KARE 11's Lou Raguse that charges may not come until Wednesday or Thursday.