Police have also issued a complaint-warrant for 23-year-old Enrique Davila of St. Paul. 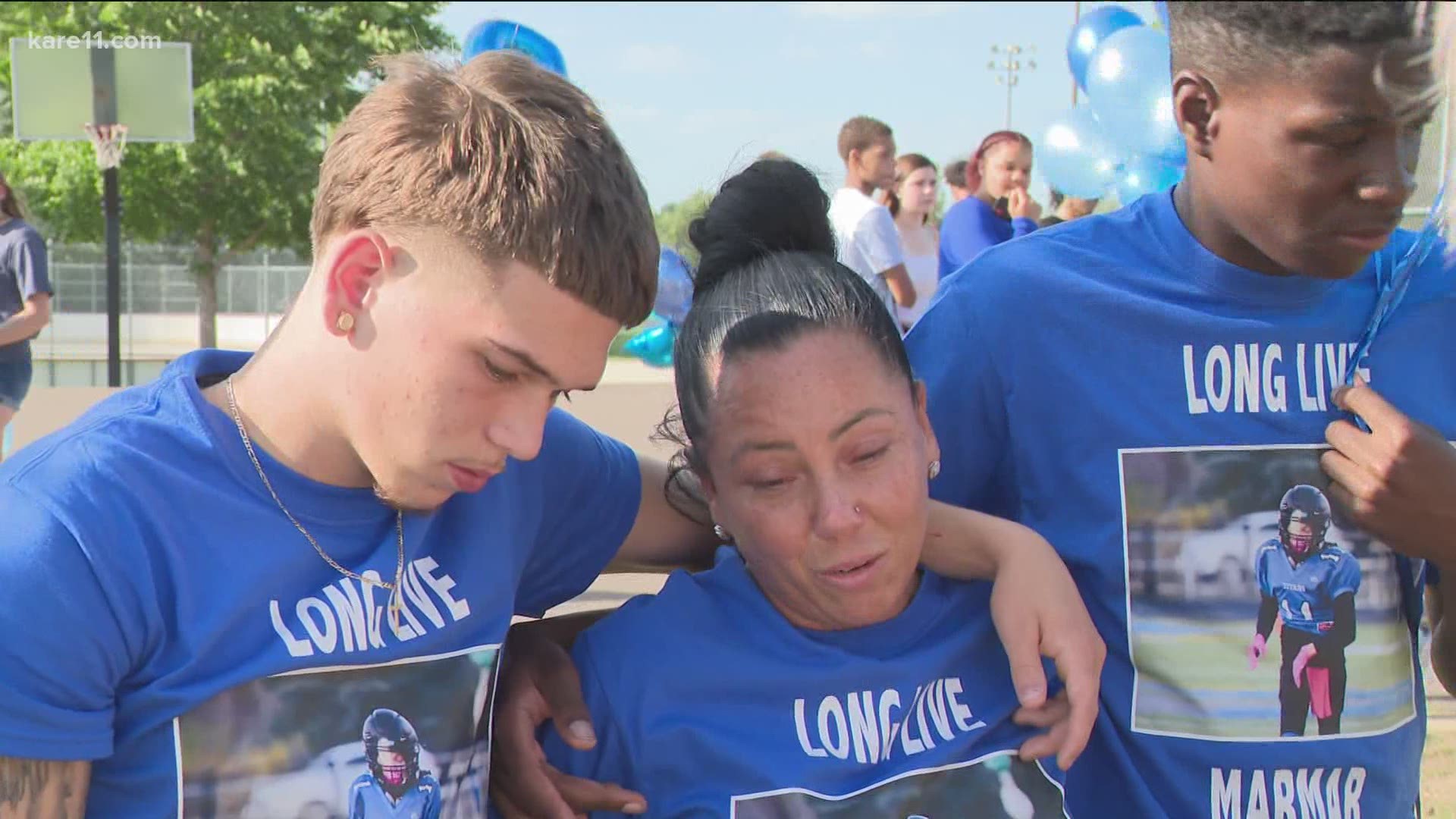 WOODBURY, Minn. — Another person is in custody in connection to a fatal shooting at a Woodbury graduation party last month, after turning themselves in to police.

Police say they're looking for another suspect in connection to the shooting, 23-year-old Enrique Davila, also of St. Paul. According to Woodbury Police Public Information Officer Commander John Altman, there is a complaint-warrant out for Davila's arrest that charges him with aiding and abetting second-degree murder and assault and firearms charges.

Credit: MN Department of Corrections
Mugshot for Enrique Davila, wanted by Woodbury Police Detectives in connection to a graduation party shooting that killed a 14-year-old boy.

Keith Dawson, 35, has already been charged with several felony counts, including drive-by shooting, illegal possession of a firearm, and second-degree assault with a dangerous weapon, over Demaris' death. Dawson, who identified himself as the stepfather of Demaris, is not believed to be the person who shot and killed him.

Demaris was attending a graduation party on Edgewood Avenue in Woodbury with his older brother Davion the night he was killed.

It's unclear what led up to the shooting but Demaris' mother Trisha Ekdahl said the suspects threatened Davion with a gun at the party, and that Demaris called, scared and wanting to leave.

Demaris attended Tartan Senior High School in Oakdale and had just finished the ninth grade the week he was killed. Family members say he was always smiling, played football and loved working on race cars with his uncle.