Live news reports captured the chaos when an SUV pulled up to the area and shots were fired. 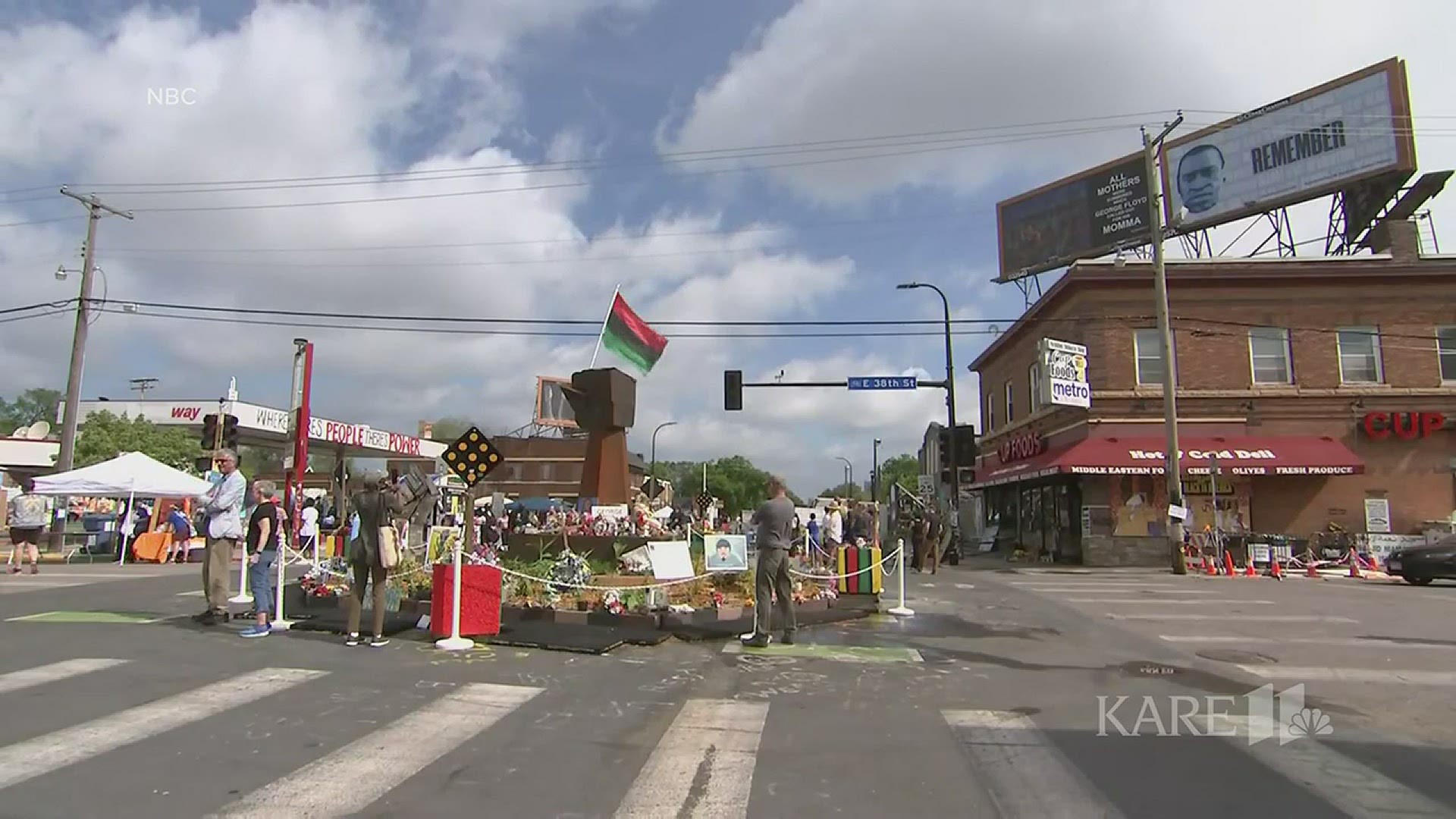 MINNEAPOLIS — During a commemorative Tuesday morning event for the one-year anniversary of George Floyd's murder, onlookers said they heard numerous shots fired. Police said one person arrived at a local hospital with a gunshot wound.

It happened in the area of George Floyd Square, the intersection of 38th and Chicago in Minneapolis where George Floyd was killed by former MPD officer Derek Chauvin.

During the incident, several media crews were taking live video of the commemorative event at George Floyd Square. The sounds of the gunshots can be heard in some of their recordings, including one from NBC News.

The NBC News video captured the sound of numerous gunshots, as well as smoke near the driver's window of an SUV. A man can be seen running out of the Cup Foods convenience store with what appears to be a gun, possibly responding to the gunfire sounds, but he is not seen firing himself.

You can watch the video below.

MPD said at 10:09 a.m., officers responded to the 3800 block of Elliott Avenue South on a report of the sound of shots fired. The callers told them that they saw a vehicle speeding out of the area.

According to MPD, one person showed up at the hospital with a gunshot wound. MPD doesn't believe the injury was life-threatening.

This is a developing story.