Some building materials have tripled in price since last spring. 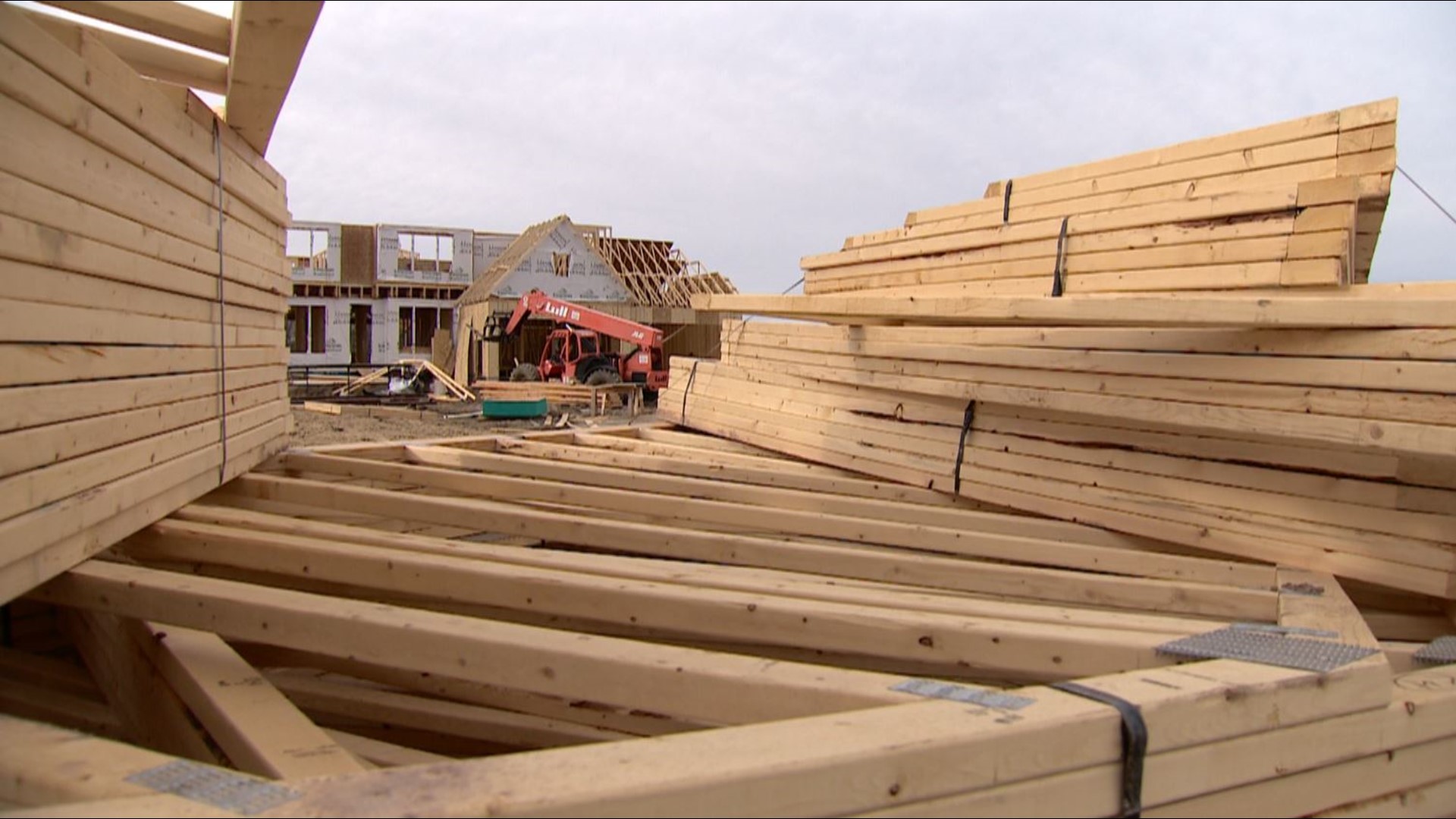 Home builders are used to putting things up, but these days they wouldn’t mind at least one thing coming down.

Since last April, lumber costs have spiked 180%, according to the National Association of Home Builders, increasing the cost of building an average home by $24,386.

“It’s stressful,” Mark Scherer, owner of Scherer Brothers Lumber Company says. “It’s stressful across the board, for the builders, the consumers and for the suppliers, because you’re just scrambling to keep up.”

Scherer points to one of the most common items used in new homes and remodels: oriented strand board, or OSB, used in floors, walls, and roofs.

Even the price of basic 2x4 studs has spiked.

“They used to be $3 a stud and now they're $6 or $8, depending on what grade they are,” Scherer Lumber’s Terry Olynyk says.

Contractor Ryan Seifert has been riding the price hikes like everyone else in the building industry.

“This is 20th year for me, I haven't seen this,” the owner of Cyclone Construction says.

“The phone hasn't stopped ringing during this thing, even though the costs are up,” Seifert says.

Scherer doesn’t see an easing in demand or prices for at least for the next six to nine months.