Monday's chaos and long lines were replaced by relative calm after airport officials and the TSA made some tweaks to the new screening system, which will be in place 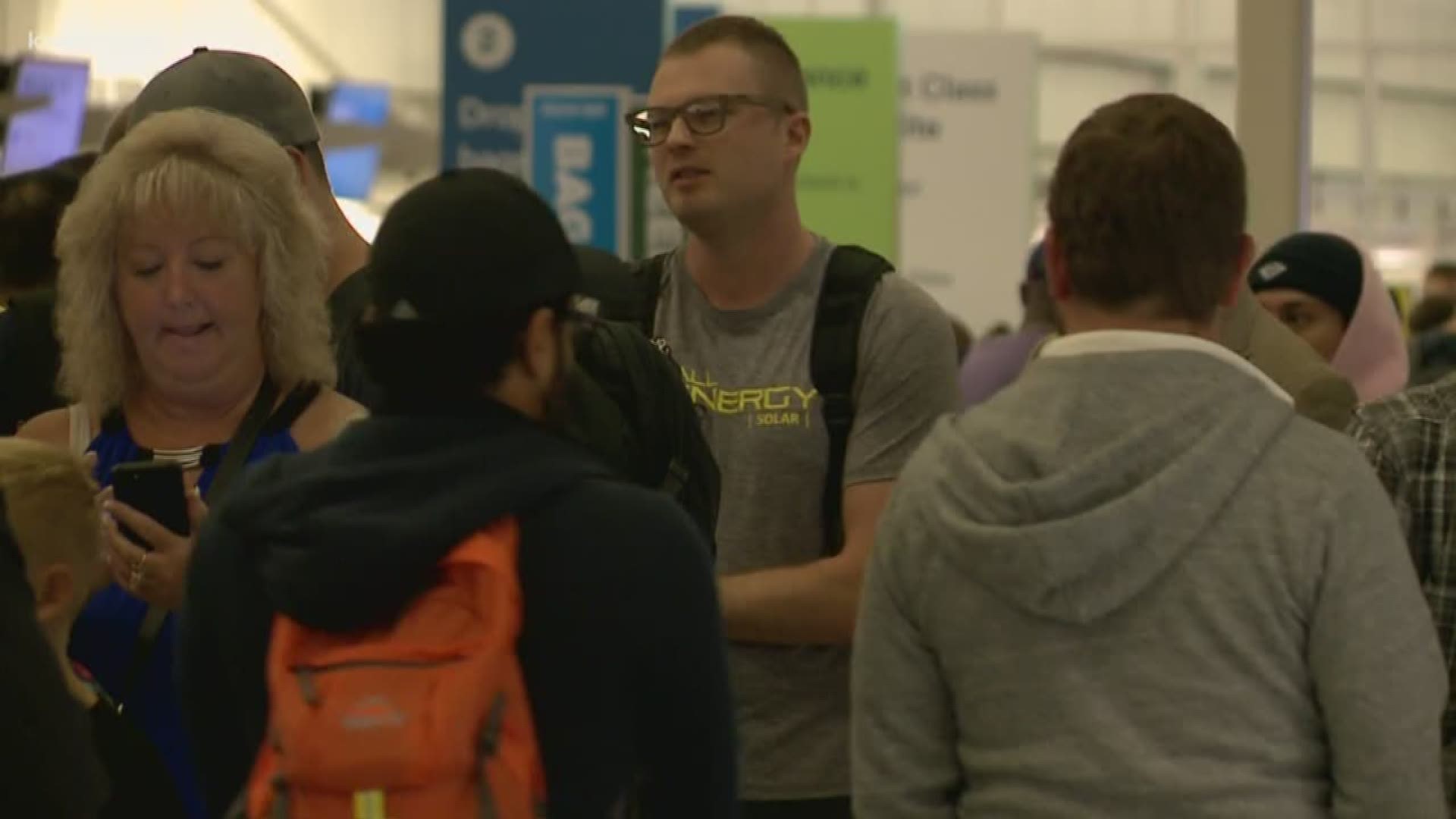 MINNEAPOLIS — Whether it some fine tuning to the remapped security checkpoint setup or the simply fact that Tuesdays are usually a bit slower than Mondays for air travel, things went a bit smoother at MSP International Airport this morning.

Monday's chaos and long lines were replaced by relative calm after airport officials and the TSA made some tweaks to the new screening system, which will be in place for the next 5 months or so due to construction in terminal one. During that time TSA PreCheck and CLEAR PreCheck passengers in Terminal 1 will be directed to use the South Checkpoint, which has been reduced in size and capacity. All other passengers, including standard, First Class and Sky Priority, and CLEAR Standard will use the North Checkpoint.

KARE 11's Kiya Edwards says there was an ebb and flow Tuesday, with pockets of very busy activity, after which activity would slow for a bit.

Metropolitan Airports Commission spokesman Patrick Hogan said MSP officials met with the TSA and airline representatives after Monday's morning flight crunch and decided to make some adjustments to the system.

Hogan says more TSA security staffers will be deployed at the checkpoints earlier to avoid a backup of air travelers, and more airport employees will be on the clock to guide flyers through the new routine. He said part of the chaos came from customers going to the wrong lines and clogging up the flow through security.

The reconfigured security checkpoint routine will be under constant review over the next five months so travelers get through as quickly and efficiently as possible.

"See how today went, and how we can make things better the next day," Hogan explained.

Things needed to be better. Video from MSP Monday morning showed significant lines, and many air travelers flying out tweeted warnings to fellow passengers, saying the situation was the worst they'd seen.

On Monday afternoon the MSP Airport Twitter account posted an apology to passengers caught up in the chaos earlier in the day. "We are working closely with TSA and our partners to minimize wait times and confusion at both security checkpoints," read a statement. 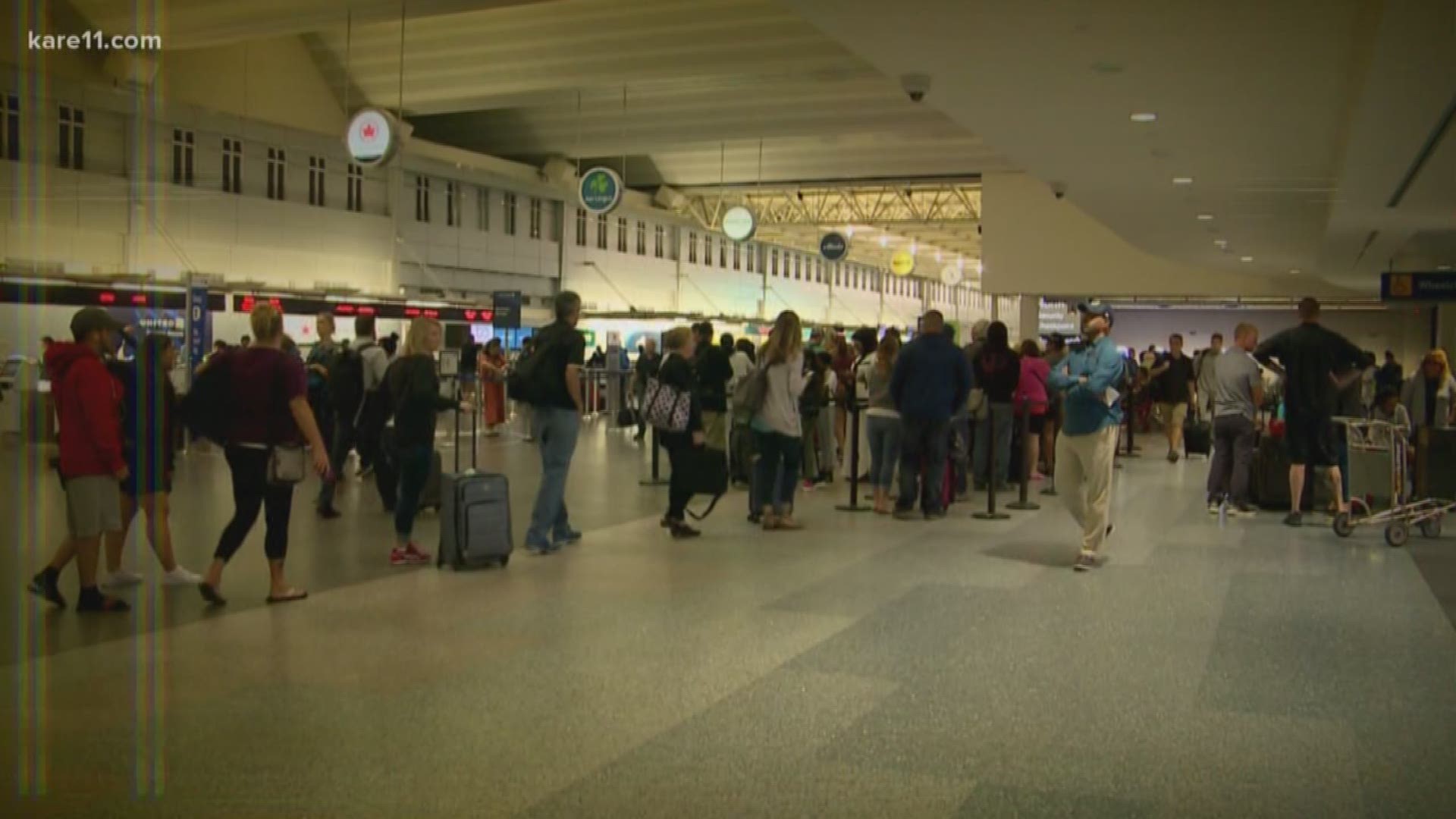 Even before the reconfiguration took effect Monday, U.S. Senator Amy Klobuchar was expressing concerns about growing passenger numbers and shrinking TSA staffing at MSP. In a news release Sunday Klobuchar said she has sent two letters to TSA Administrator David Pekoske urging the agency to increase staffing at MSP to address increases in wait times at security checkpoints.

“It is simply unacceptable that TSA staffing at MSP has decreased while passenger traffic has increased,” Klobuchar said. “It is critical that officials do everything possible to mitigate the impact on wait times caused by this construction, particularly as MSP has seen the numbers of passengers at the airport increase."

Klobuchar maintains that the Metropolitan Airport Commission has made improvements to consolidate, modernize, and streamline its Terminal 1 security checkpoints, but the benefits from those investments in efficiency have been negated by reductions in TSA staffing levels.

Security checkpoints in Terminal 2 will not be affected.