Border patrol agents released surveillance video of a smuggler in Mexico dropping a 2-year-old boy down the 18-foot-high border wall in Imperial Beach. 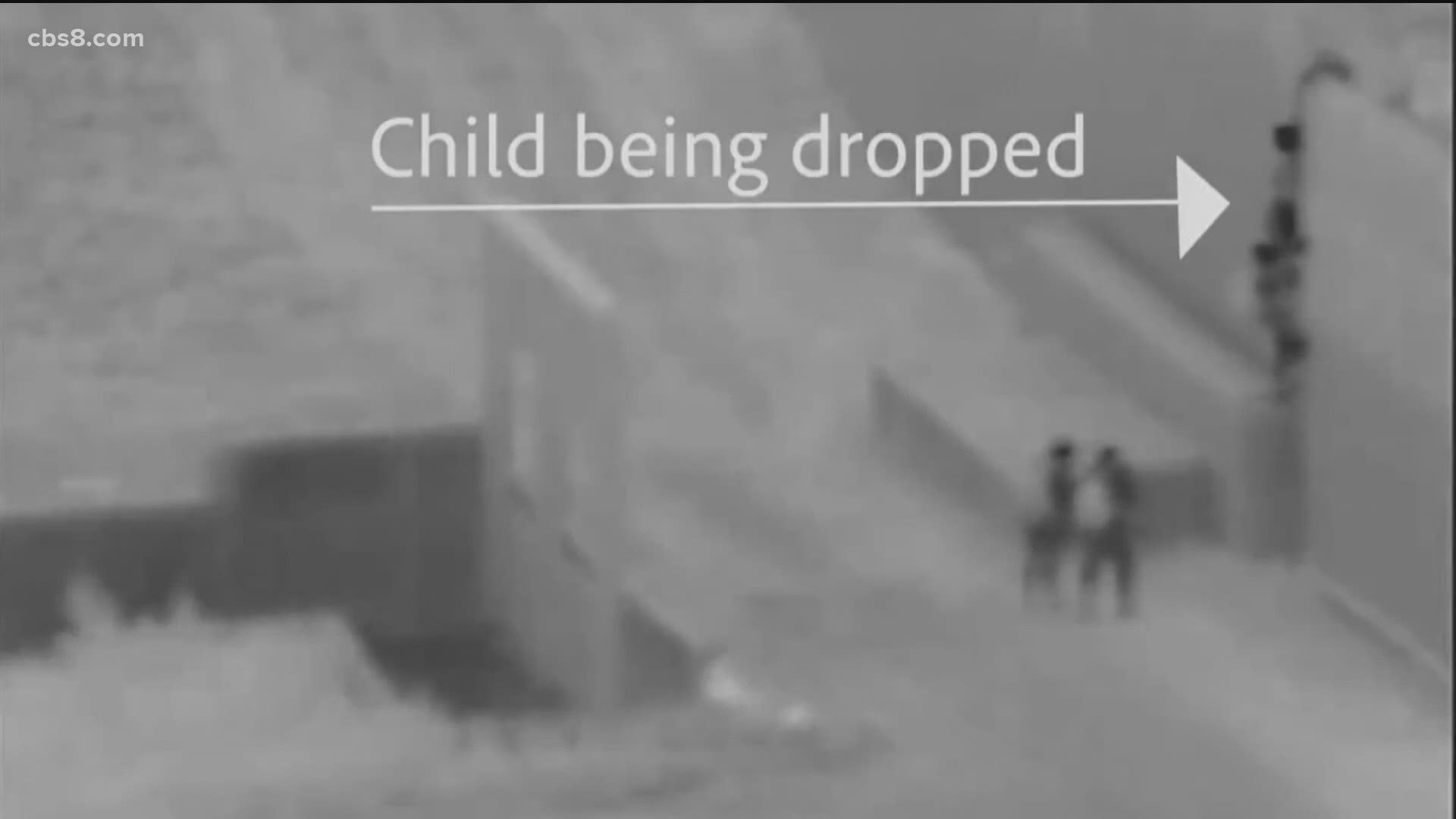 IMPERIAL BEACH, Calif. — At the U.S. Mexico Border in Imperial Beach, black and white surveillance video captured a daunting smuggling attempt. Agents used remote video surveillance systems to spot a couple climbing over the barrier, and the video zooms in on a 2-year-old boy being dropped from the 18-foot-high border wall.

"You can basically see the smuggler's suspending him and ultimately dropping him to his father down below,” said eight-year veteran Border Patrol Agent Jacob MacIsaac.

MacIsaac said the toddler fell into his father's arms after smugglers dropped him, during the incident just after midnight on Sunday. MacIsaac said to his knowledge, “this is the first time that we have actually observed it.”

Sunday, #BorderPatrol agents witnessed a smuggler drop a two-year-old child from atop the 18-foot-high border wall into the arms of the child’s father. This event could have been catastrophic. Luckily, the child was not injured. pic.twitter.com/5uDEtbs8NW

Just two weeks ago in New Mexico, Border Patrol shared terrifying video of smugglers dropping two young children over a 14-foot border barrier in the desert. In that case, little girls were dropped, ages 3 and 5, who were left miles from the nearest residence.

In both cases, agents said it was amazing no child was injured.

“This is a child that is two years of age. I think an 18-foot high structure of any sort would be dangerous even to an able-bodied adult,” MacIsaac said.

With heightened activity at the border, U.S. agents apprehended more than 18,800 unaccompanied minors in March, which is nearly double the amount detained in February.

Agents warn to watch out for smugglers.

“Don’t put your life in the hands of smugglers as they essentially view people as commodities for exploitation, and as soon as something turns sideways, they will be nowhere to be found, and you will be left high and dry,” MacIsaac said.

Border patrol urges the safest way to cross the border anywhere is at a designated port of entry.

Agent MacIsaac said the toddler, his father and mother are all citizens of Ghana and were taken into border patrol custody.

"Had this gone wrong, it could have gone very wrong,” MacIsaac said.