Hastings has come to rely on, and reward, a growing number of "Hydrant Heroes", who made a habit of clearing hydrants of snow after every big storm last year. 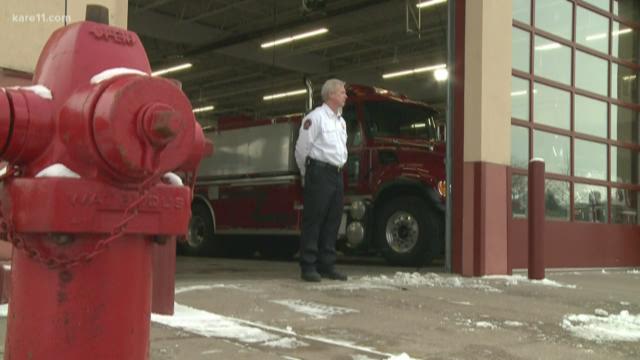 With the first big snowstorm of 2020 set to hit this weekend, metro communities will again be calling on "hydrant heroes" to help lend a hand. Judging by last year, there will be plenty of people willing to step up and shovel.

"There's one individual that gets to about five of them before anybody else can get to it," said Hastings Interim Fire Chief John Townsend. "I haven't been able to find him yet, but I'd like to because he does a fantastic job."

Townsend says Hastings has come to rely on, and reward, a growing number of "Hydrant Heroes", who made a habit of clearing hydrants of snow after every big storm last year.

"It can be really important because minutes, and seconds really matter when we're pulling up on a fire," Townsend said. "We really need to get a positive water supply from a hydrant."

Though it's an important message every winter, last year the city of Hastings decided to do more than a typical social media message, in order to help combat the record snowfall in February.

"It became apparent that we really needed to kind of up the ante," said Lee Stoffel, Communications Coordinator for Hastings. "We really wanted to have fun with it, get creative and get people's attention."

Stoffel worked with local businesses and insurance companies asking residents to become a "Hydrant Hero". The city encouraged residents to clear out snow around hydrants and then take a shoveling selfie. The tagged photos were then entered into drawings for weekly prizes. By the end of the winter, several metro cities also offered prizes and social media notoriety for helping clear hydrants.

"It connected people," Stoffel said. "It started out as just a fun, 'Hey, let's try this,' and then it kind of got a lot of attention and we saw other communities follow suit. Everyone had fun."

And as the #hydranthero movement grew, it became more than a hashtag. Fire departments were grateful for the added time and decreased stress on firefighters.

"By the time they get done shoveling out a hydrant like that they've exerted a tremendous amount of effort," Townsend said. "So, a lot of times, we can't assign them to something else until they've gotten rehabbed and properly rested."

Which is why, with another big winter storm bearing down, the heroes we need will be carrying shovels.

"If hydrants brings them together, let's let it snow," Townsend said.

Stoffel said Hastings will look to start another "Hydrant Hero" promotion, with prizes, some time this winter. She says it will depend on the amount of snow the city is dealing with but she says businesses are already on board to help.