Tributes are flooding in for Mack Motzko. The 20-year-old hockey player was killed after a crash in Orono on Saturday night. 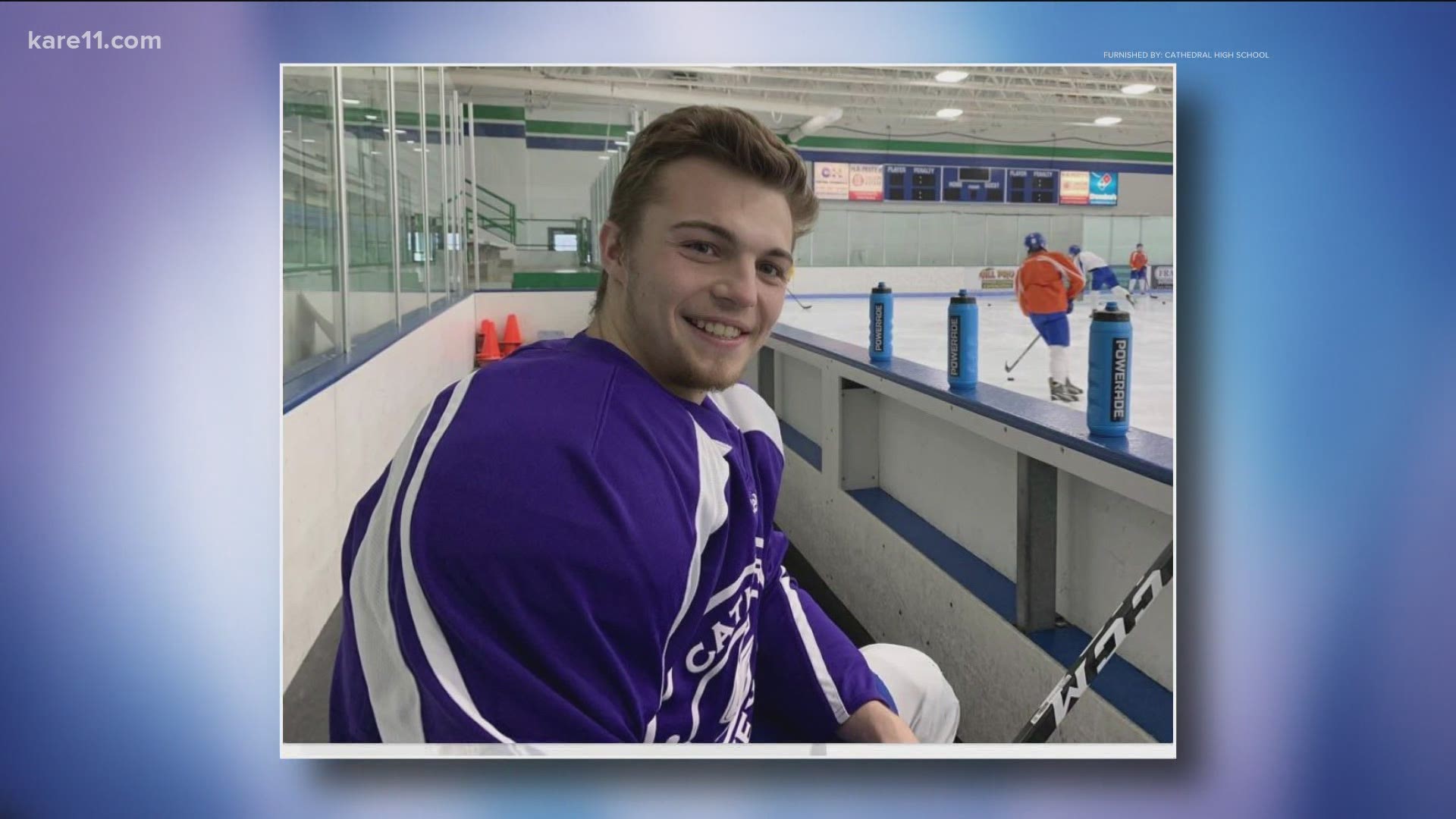 "Our hearts are shattered by the loss of our Mack," tweeted Bob Motzko. "No bigger heart or young man loved than this kid. Thanks to all who have reached out. He is my hero."

According to a press release from the Orono Police Department, a single-vehicle crash happened Saturday night after 11 p.m. near the 3100 block of North Shore Drive.

Police say the vehicle was speeding when it left the road and struck several trees. A 24-year-old man in the passenger seat was killed in the crash. Mack, who was in the back seat, and the 51-year-old driver sustained critical injuries. An ambulance took the pair to North Memorial Hospital where Mack, 20, later died from his injuries.

Police identified the 24-year-old Monday as Samuel Schuneman of Maple Grove. The 51-year-old driver, was still hospitalized as of Monday. Police said the driver wasn't wearing a seatbelt and was ejected from the vehicle.

Our hearts are shattered by the loss of our Mack. No bigger heart or young man loved than this kid. Thanks to all who have reached out. He is my hero! pic.twitter.com/ufDTAkkpBu

According to a press release from the police, alcohol and speed "appear to be" contributing factors.

"We are devastated for Bob, Shelley, their family and all involved," said University of Minnesota Director of Athletics Mark Coyle in a release. "This is an unimaginable tragedy, and we will do everything we can to support those affected. We ask for privacy for the families, as they mourn the loss of loved ones."

"I knew Mack very well. Personally, it's just devastating. Mack is one of the kindest, thoughtful, faith-filled young men you will ever meet," said Emmett Keenan, activities director for Cathedral.

According to Keenan, Mack left Cathedral and played for Minnetonka High School his junior year after his dad got the head men's hockey coach job at U of M.

Minnetonka Hockey lost a brother today. Mack Motzko was loved by everyone who knew him and we are thankful for his friendship, character, and kind heart. We love you Mack and we are sending out our sympathies to our teammate Beau and the rest of the Motzko family. pic.twitter.com/T5hyAC55P4

"Mack was an incredible young man with a very bright future," the St. Cloud Youth Hockey Association posted in a Facebook post. "Please keep the Motzko family in your thoughts and prayers."

Our deepest condolences to former @SCSUHUSKIES_MH Head Coach Bob Motzko and his family for the loss of Mack Motzko.

This news hits at the heart of a close-knit hockey community. Mack grew up on the ice at SCSU and was one of our Huskies. Our thoughts are with the Motzko family.

Mack returned to Cathedral for his senior year and was a captain of the team.

"This is so hard because he really embodied what Cathedral High School is. Everybody liked Mack; Mack liked everybody. He was respectful to his teachers, he was good to his family and he was good to everybody around him," Keenan said.

To a great captain, an outstanding player, a fantastic teammate, and most importantly an unbelievable person, we are going to miss you so much. You left an indelible mark on our program and with every person who interacted with your infectious personality. We love you Mack. pic.twitter.com/OPZquzGbzI

Mack most recently played for the Sioux Falls Stampede in the USHL and for the New Mexico Ice Wolves in the NAHL.

With heavy hearts we say goodbye to one of our own, Mack Motzko, who lost his life in a tragic accident last night. Our thoughts and prayers are with Mack’s family, friends and teammates. pic.twitter.com/rnpMom3ygN

Stampede Country, let’s show our support for the Motzko family & leave out a hockey stick & a light on tonight in honor of Mack. Say a special prayer for the Motzko’s during this extremely difficult time. #SticksoutforMack pic.twitter.com/GpSJWcVz54

Minnesota State Patrol is assisting with the investigation and reconstruction of the crash.