New York Times piece focused on anti-Somali sentiment. Leaders say that doesn't reflect the attitude of most people in the central Minnesota city. 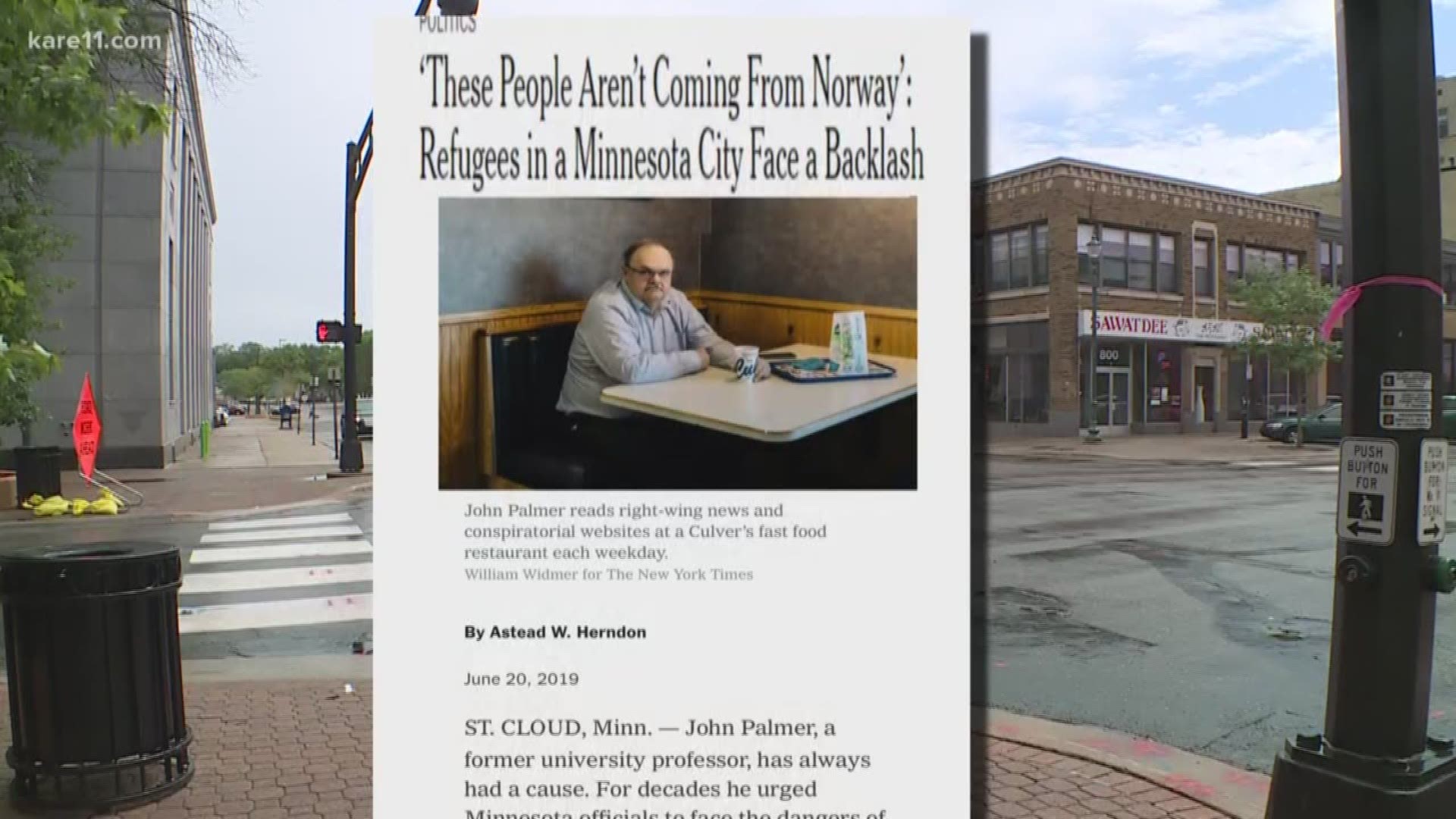 ST. CLOUD, Minn. — The people of Saint Cloud are in the national news again for the wrong reasons.

A New York Times story painted a picture of the central Minnesota city as a place filled with anti-immigrant activists who are pushing back against an influx of Somali refugees.

“It’s not what I see on a regular basis, and it’s not reflective. There are a lot of different voices in this community, but only a few were heard,” Mayor Dave Kleis told KARE.

Mayor Kleis said those railing against immigrants don’t reflect most people in the city of 68,000. He noted concerted efforts here to welcome Somali’s and create dialogue between cultures.

“There’s individuals who do not share that welcoming aspect. There’s hate in this world, and there’s hate in every community, but that’s not the vast majority of people in this community.”

The mayor said a proposed moratorium against new refugees made the a lot of news, but he likes to remind people that failed by a six-to-one vote. It was replaced by a resolution welcoming Somalis by the same lopsided tally.

Over at the St Cloud Times there was frustration that the city was being defined again by a group that doesn’t speak for most people.

“Frankly, when the New York Times story came out there was this feeling, of oh, no, not again,” Liza Schwarz, the newspaper’s news director told KARE.

“It’s been going on for a long time in St. Cloud and we’ve written a lot of even-handed editorials asking folks to get on board, learn about their neighbors, both sides,” Schwarz said.

But Schwarz and other members of the St. Cloud Times editorial board decided it was time to send a clear message to the people who’ve stirred up the anti-immigrant sentiment.

The hard copy version is headlined, “The problem is the cowards -- not the refugees.” The online version reads, "Our view: Cowards will be our downfall."

The editorial laments the impact the anti-immigrant contingent is having on the town’s reputation, and economic development prospects by those who will get their first impressions of the city from Google searches.

“I do believe that it comes from a place of fear,” Schwarz explained.

The anti-Somali sentiment spiked in Minnesota in 2017 after Somali  immigrant Dahir Adan stabbed 10 people with kitchen knives at the Crossroads Center mall, before being fatally shot by an off-duty police officer Jason Falconer. Adan reportedly asked several people, including Falconer, if they were Muslim.

But St. Cloud didn’t see widespread unrest over the incident, in part because community leaders were accustomed to responding to an undercurrent of tensions over East African immigrants.

“We’d already built the structures, we had those relationships in place,” Schwarz explained. She noted that many churches in St. Cloud have done outreach programs for new Somali immigrants.

She also cited the work being done by the UnitedCloud grassroots organization, seeking the build bridges and celebrate diversity.

One of the UniteCloud board members featured in the NY Times article, Ekram Elmoge, said she thinks the city is being unfairly singled out as a xenophobic place.

She said the NY Times story left out several of the positive things she said about her experience in the five years since her family arrived here from Africa.

“I have experienced one of the greatest experiences somebody could have, coming to a developed nation from a country that collapsed,” Elmoge remarked.

“Always for new immigrants it’s full of struggles. And skin color is another whole drama you have to deal with, but as for my experience personally in St. Cloud, I could rate it more than 100 percent of anything else. I’m very positive about my experience.”

She says she’s had good talks with her mother and younger brother and told them those who are targeting immigrants and Muslims are the minority in St. Cloud and elsewhere in America