The county says it has contingency plans ready, as another snow storm is set to hit northern Minnesota.

DULUTH, Minn. — Snow plow drivers in St. Louis County are set to walk off the job Wednesday amid an ongoing labor dispute, just as another snowstorm is forecast to move across northern Minnesota.

In a post on the union's Facebook page, Teamsters Local 320 said the "work stoppage will begin on Wednesday, January 15, 2020 and will affect every Public Works Department location within St. Louis County, Minn."

Picketing is expected outside Public Works buildings across the northern Minnesota county on Wednesday.

The union, representing workers in the county's Highway Maintenance Division, rejected the county's last contract offer on Saturday. The union and county have been unable to reach agreements on wages and benefits.

“This was a tough decision for the membership to make,” says Brian Aldes, Teamsters Local 320 Secretary Treasurer and Principal Officer, in the Facebook post. “However, the Teamsters employed by St. Louis County deserve parity of benefits with the civil service and merit employees.” 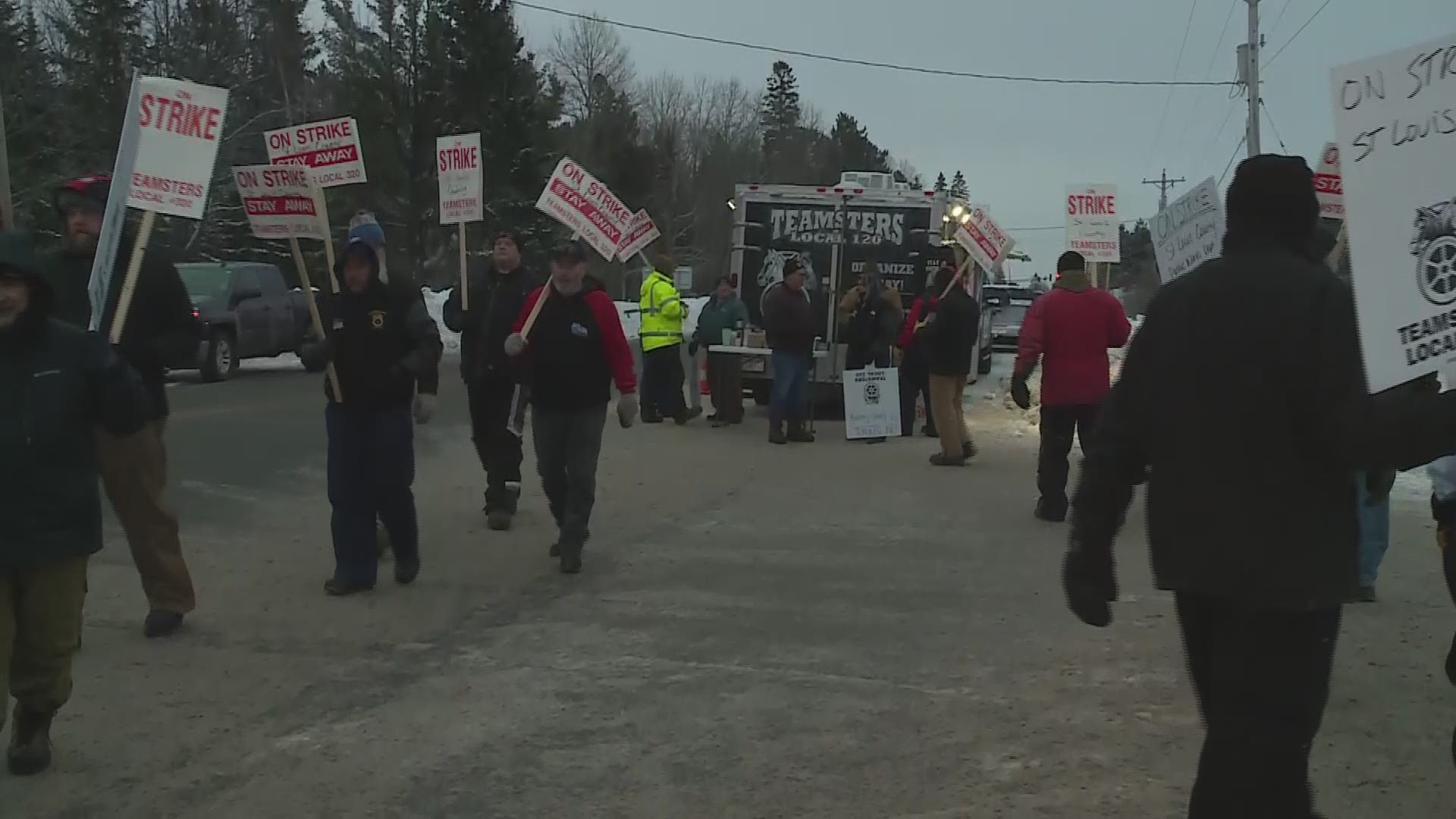 The union's 20-day strike period officially began on Tuesday morning, but the county posted on social media that all drivers were at work on Tuesday.

A spokesperson for the county told KBJR-TV that the county has a contingency plan in place when plow drivers walk off the job.

"We know that road conditions in a snow event are a major concern for our citizens, and this is something we take very seriously," said County Administrator Kevin Gray, in a news release Saturday, following the union vote rejecting the county's contract proposal. "We will continue to put public safety as a first priority."

"We have supervisors in the public works department, we also have several additional employees in other departments who are all licensed and qualified to drive snow plows," communications manager Dana Kazel told KBJR. "The big message for the public is roads will still be plowed, it may take us longer, but we do have licensed qualified operators to drive the plows."

RELATED: WEATHER: Temps dropping this afternoon, then another round of snow

St. Louis County is one of the largest counties in Minnesota by area, encompassing more than 6,800 square miles from Lake Superior to the Canadian border.