Tsong Tong Vang, father of KARE 11 anchor Gia Vang, said he was dropping off his grandson at his school bus stop when a woman drove up and started yelling at him. 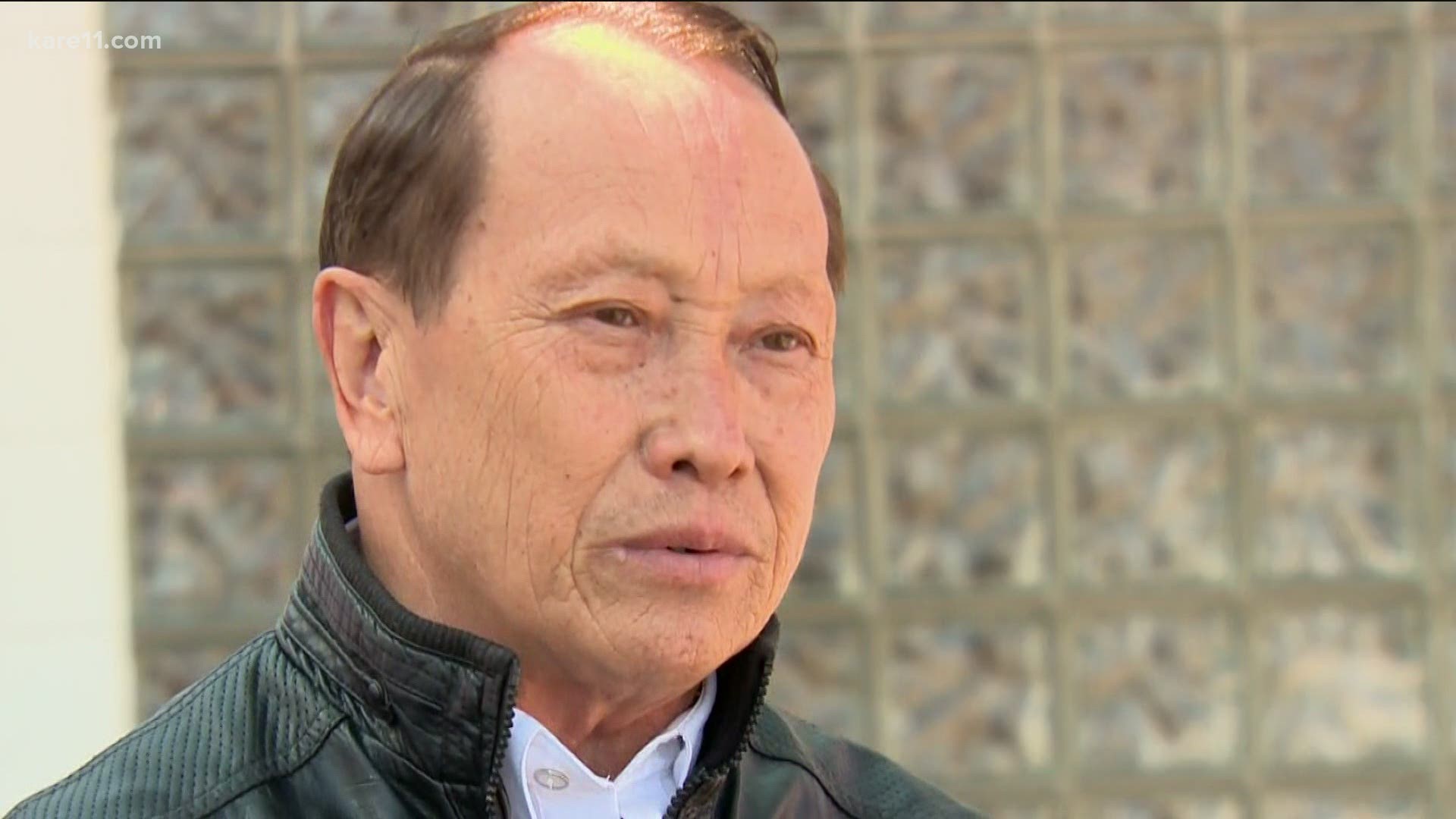 ST PAUL, Minn. — At first, Tsong Tong Vang wasn't sure the woman who drove up in a tan Hyundai was yelling at him.

He was dropping off his five-year-old grandson at his school bus stop Friday just east of Lake Phalen in St. Paul, like he does every weekday morning just before nine, when he noticed her.

"I thought she was angry with somebody else or talking to someone else," Vang, the father of KARE 11 Sunrise anchor Gia Vang, said. "That's when the bus closed its doors and moved forward."

After the bus pulled away, Vang says the woman drove closer to where he was standing. That's when it became clearer he was the intended target of the yelling.

"I remember exactly what she said to me. 'We hate Asian people. Go back to where you came from. Get out of America. If you don't do it, then we're going to kill you,'" Vang recalls her saying. "I said, 'Ok. You're talking to me, right?' And she said, 'yes!'"

Vang says when she pulled away he followed her in his vehicle and watched as she yelled at Asian guardians at other school bus stops.

"And she started yelling to them, saying the same thing," Vang said. "I just feel really uncomfortable with that."

A St. Paul police spokesperson said Vang's son called 911 Friday morning to report the incident. The spokesperson said police are "currently aggressively investigating" and still working to determine who was behind the wheel and made the threats.

Prior to what happened to Vang, police had already increased patrols in and around areas where members of the Asian community gather. It was a precaution taken after eight people were shot and killed in Atlanta this week, six of whom were Asian women.

"Maybe that was the main trigger for some other people who might feel the same thing," said Vang of the Atlanta shootings and the threats directed toward him Friday.

Vang took pictures of the vehicle the woman was driving and sent them to his daughter, KARE 11 anchor Gia Vang. Gia posted about what happened on social media, where she noted her dad fought in the Secret War in Laos on the side of United States.

My dad messaged me this morning to tell me a driver was yelling at every Asian parent at the bus stop, including him, to get out of America, or they’ll be killed. Killed. pic.twitter.com/OGTP2fFYps

"This country is as much his as anyone else’s," she wrote.

Credit: Gia Vang
Tsong Tong Vang, right, getting an award for his service during the Secret War in Laos. Vang fought on the side of the United States.

"Tsong Tong Vang deserves our utmost respect. We’re glad you're here in Minnesota and I am so sorry that this happened to you," Walz said in the tweet.

This is unacceptable. As someone who bravely fought for our country, Tsong Tong Vang deserves our utmost respect. We’re glad you're here in Minnesota and I am so sorry that this happened to you. https://t.co/6fEjNUxDOx

Tsong Tong Vang says he came to the United States in 1980, living in California until moving to Minnesota in late 2011. He says he moved to the state, in part, because he thought it was peaceful. He hopes it can be that way again.

"Something has happened now, you know... but I strongly feel that that should be stopped and keep Minnesota as peaceful as it used to be."