Branden Michael Wolfe, 23, was sentenced to 41 months in prison and was ordered to pay $12 million in restitution. Others are still awaiting sentencing. 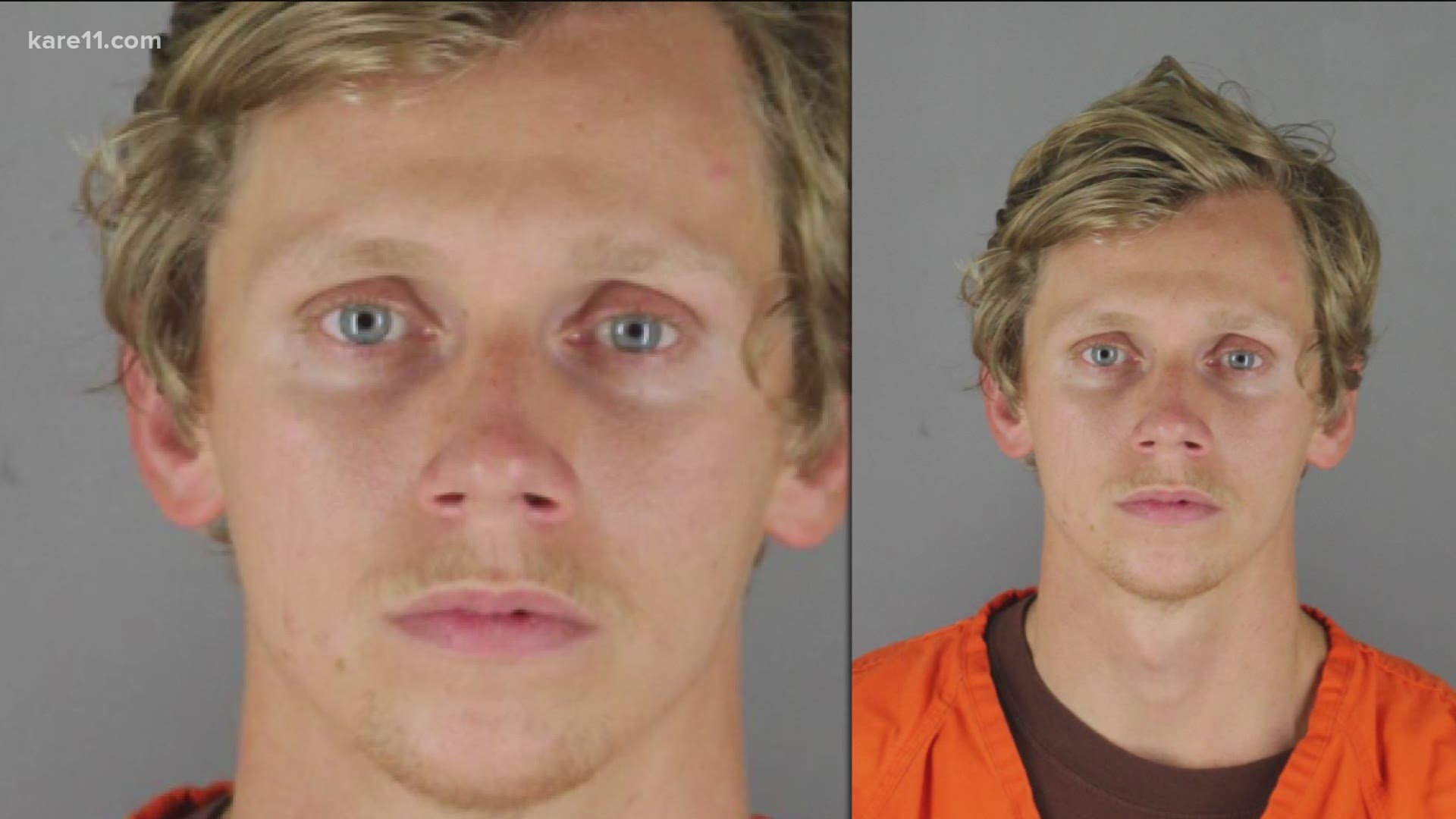 MINNEAPOLIS — Another man has been sentenced in connection to the fire that burned down the Minneapolis Police Department's Third Precinct headquarters last year.

The U.S. Attorney's Office for Minnesota announced that Branden Michael Wolfe, 23, was sentenced to 41 months in prison -- almost 3 and a half years. He will also serve 2 years of supervised release and was ordered to pay $12 million in restitution.

Prosecutors allege that on the night of May 28, 2020, Wolfe pushed a barrel into the already-set fire at the 3rd Precinct building to accelerate it. They say he also went into the building and stole a police vest, duty belt, handcuffs, earpiece, baton, knife, riot helmet, pistol magazine, police radio, police overdose kit, uniform name plates, and ammunition.

Wolfe was arrested on June 3, 2020. According to a news release from the U.S. Attorney's Office, Wolfe was wearing the police vest and duty belt, and was carrying the tactical baton. He pleaded guilty to one count of conspiracy to commit arson in December.

Wolfe is one of four people who pleaded guilty in connection to the 3rd Precinct fire. One of the others, Dylan Shakespeare Robinson, has already been sentenced to 4 years in prison, 2 years of supervised release, and a $12 million fine. Robinson was from Brainerd but living a few blocks from the precinct at the time he helped light fires to burn it down.

Two other men, Bryce Michael Williams and Davon De-Andre Turner, will be sentenced at a later date. They lit and threw Molotov cocktails.  Federal prosecutors are pushing for similar sentences for them.

Those four are the only people charged involving the burning of the MPD 3rd Precinct, although Wolfe's attorney notes hundreds of people were involved.

These four suspects all admitted they were caught up in peaceful protests during the day that turned violent at night, motivated by their anger that George Floyd was killed by police.

Some others had different motives.

Illinois man Matthew Rupert, who live-streamed his riot experience, looting and lighting fires, pleaded guilty and could get at least 5 years in prison when sentenced.

And Michael Solomon and Benjamin Teeter --  two members of the extremist group "Boogaloo Bois" that infiltrated the protests -- have pleaded guilty to a plot to help a terrorist group.

A third Boogaloo Boy - Ivan Hunter - is charged with riot for shooting into the 3rd Precinct. His case is still active.