Beginning January 1, 2020, every child born a St. Paul resident will be given $50 in a college savings account through the new city program. 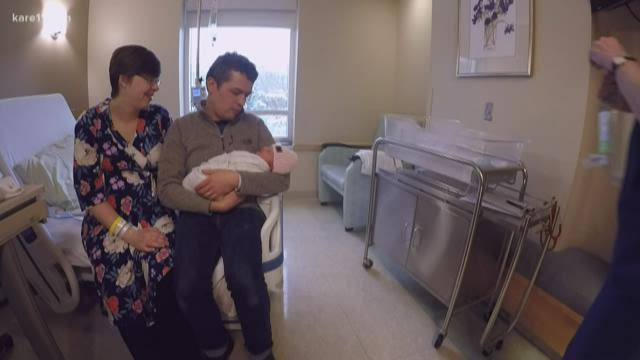 But St. Paul's Brianna and Paul Heggeseth got a little more than that.

"I'm a college professor, so it's something that's important to me," said Brianna, a statistics professor at Macalester. "It encourages us to keep contributing."

That is precisely what the Mayor hopes all St. Paul parents are inspired to do - start saving for their child's secondary education early.

"Research shows us that children from low and moderate income families who have more than $1 set aside for college savings when they graduate high school, are three times more likely to go to college," Carter said during a news conference Wednesday. "We are investing in our young people. We are investing in the future of our city."

The city estimates 5,000 children are born in St. Paul every year, putting the annual cost for the initial deposits alone at $250,000, a tab the state of Minnesota is picking up for the program's first two years.

City officials said Wednesday in the years to come they plan to work with philanthropic supporters to fund the initial $50 deposits.

Funding for staff at the city's Office of Financial empowerment, which administers the accounts, along with family programming, and "bonus" deposits for low income families and to encourage participation in the program, amounts to more than $1.2 million, according to the city's 2020 budget for the program.

"That the city thinks that sort of thing is really important, I think is really great," Paul said.

According to information on the city's website, parents are able to opt out of the program if they wish.