Police say the phone message said that if the tax levy goes through, the mayor will need bulletproof glass on his home. 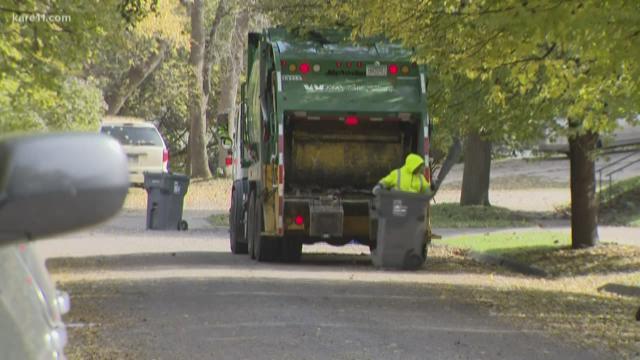 According to police reports all the messages are related to the garbage debate going on across the city right now. The Minnesota Supreme Court has ruled that even if St. Paul voters choose to get rid of the current system, the five-year, $27 million contract will still have to be paid out. Mayor Carter has said that taxpayers will cover those costs with a property tax increase.

RELATED: Court: St. Paul garbage contract must be paid even if single-hauler system is voted down

Police say the phone message was reported Oct. 21, with the caller saying if the tax levy goes through, the mayor will need bulletproof glass on his home. Investigators also say "hate letters" arrived at City Hall on Oct. 7 and 11. Those included newspaper clippings with racial slurs written in black ink.

A police report from June 20 also describes a similar letter, with a newspaper clipping and a racial slur written in black marker, referencing the trash collection debate.

The mayor's office issued a statement on the threats Wednesday.

"While the two police reports over the past week relate to the garbage lawsuit, it is not uncommon for the Mayor’s Office to receive calls or letters that are reported to law enforcement. While we don’t publicize our office’s security measures, we take all threats seriously and are diligent in our steps to ensure the safety of the Mayor and our staff."

The question about whether to keep the one-hauler system or allow residents to choose their own collector will appear on the Nov. 5 ballot.