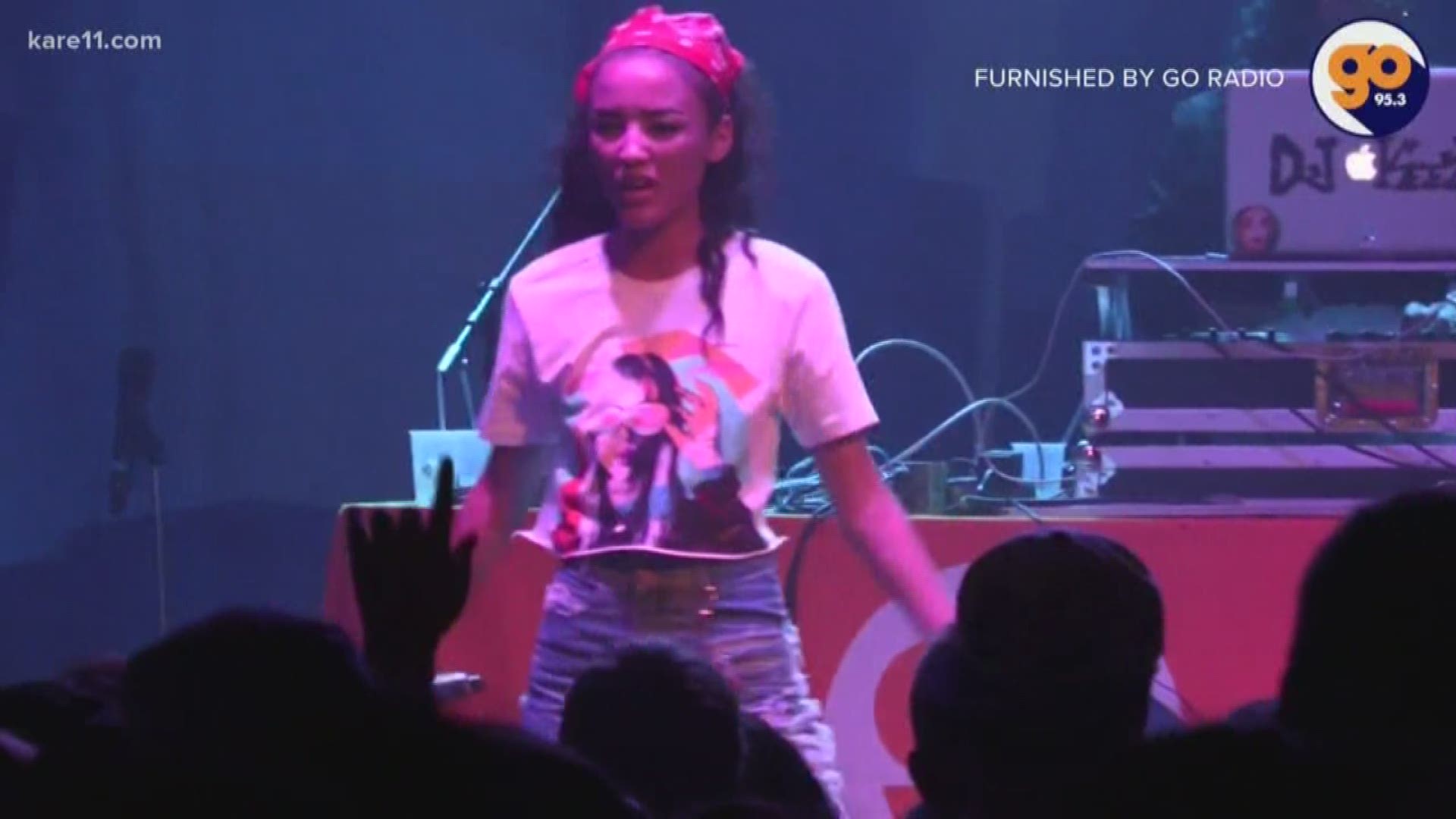 MINNEAPOLIS — Many in the music industry are grieving the loss of a Minnesota musician who was just 21 years old. According to her family, Lexii Alijai, a rapper who was born in St. Paul has died.

Alijai, who was born Alexis Alijai Lynch was a rising star in the rap world and local radio hosts like Auggie 5000 with Go Radio say Alijai was talented and had a great future ahead of her.

It wasn't too long ago when the young Lexii Alijai sat in the Go Radio studios to chat about her latest album.

"It was such a stretch from the last time that I dropped, I feel like people have also grown with me," Alijai told Mr. Peter Parker in a Go Radio interview. "It's one of my best projects."

Auggie 5000, one of the Go 95.3 morning show hosts said it's hard to believe that Alijai is gone.

"This morning, we definitely played her song Eighteen," he said. "It's crazy to think that she just turned 18 three years ago."

Auggie said Alijai never let her young age stop her from doing anything.

"[She was] very mature beyond her years," Auggie said. "If you ever talked to her, you got the sense that there was a wisdom about her. She knew exactly what she was doing."

When Alijai was featured in Kehlani's song "Jealous," Alijai explained that the two of them met over Twitter. From there, it was nothing but hard work.

"The power of Twitter," Alijai said to Mr. Peter Parker in another interview clip from years back. "We had a mutual friend, she heard my music somehow. She sent me that 'Jealous' record and I wrote it. I actually wrote it during lunch time."

Auggie said it's difficult to watch a bright light be taken away so soon from the Twin Cities music scene.

"Us here at Go Radio, we loved her," he said. "She did Go Show 9 with us, she was awesome. She's been in the studio several times with Mr. Peter Parker. Every time you came across her she was just very warm. There was something captivating about her. Something that would draw you to her."

Family members confirmed Lexii Alijai's death through social media. Police have not identified a cause.

Below is a statement from management of the 1amradio & YesJulz radio:

"Lexii was an extraordinary talent who left an indelible mark on the music industry in just a short period of time. She was a true lyricist and an exceptional storyteller with an authentic sound full of energy and curiosity. She had a deep love and devotion to music but more than anything, was a generous and kind soul, with an infectious spirit. Lexii was inspired by J. Cole and the time she spent with the many Dreamville artists and was enthusiastic about the future and eager to see the world. Her debut album “Come Back Soon” was set to release this year.

The entire 1am family is heartbroken and deeply saddened by her passing. Our deepest condolences to her friends, fans and everyone who was touched by her. Her family appreciates privacy during this difficult time."

A Gofundme has been set up to help the family with the funeral costs.