The plowing work is not part of a snow emergency. 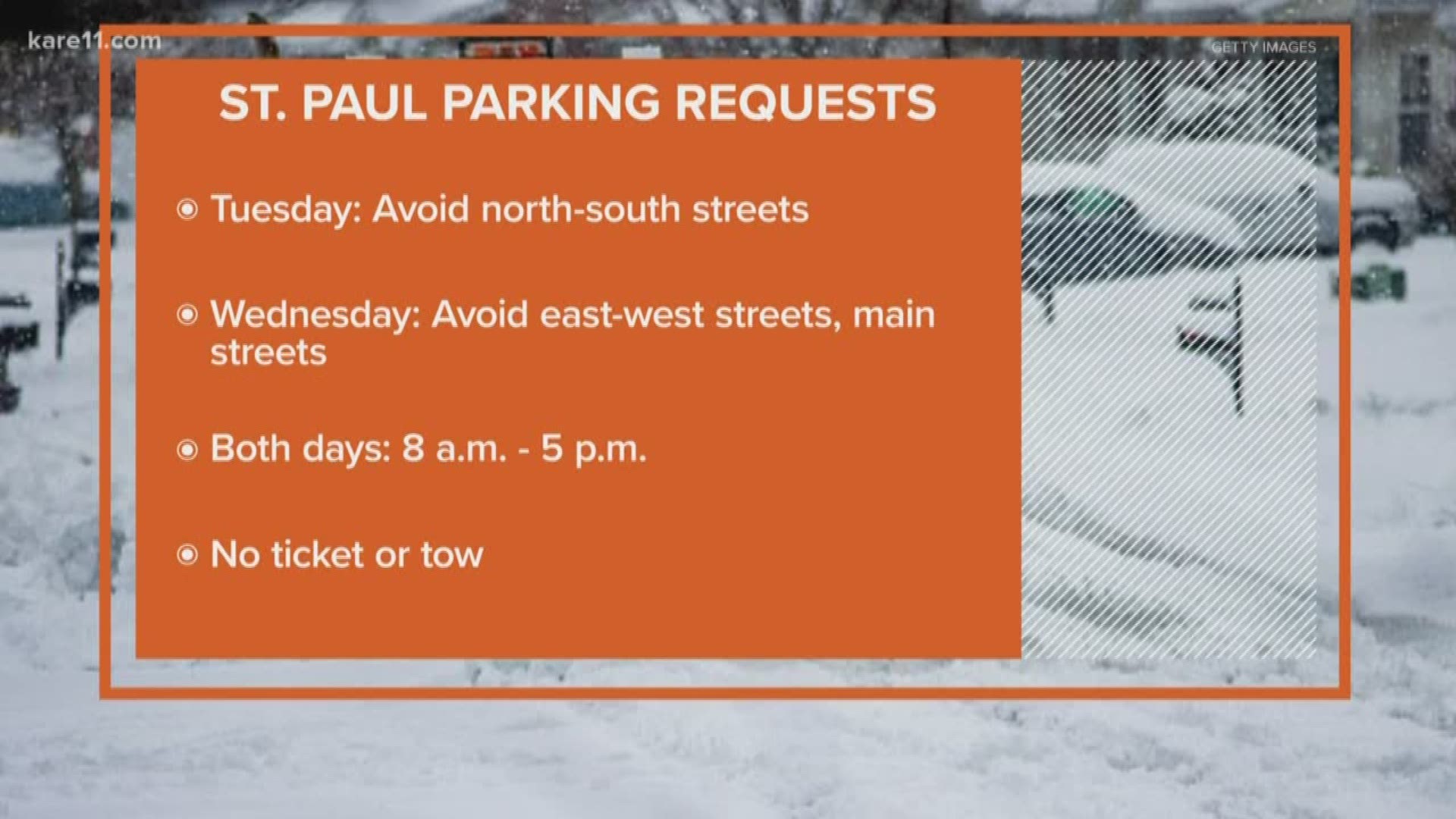 The city says this is not considered a snow emergency; residents will be asked to voluntarily move their vehicles. Plows will clear all north-south streets on Tuesday; residents, businesses and guests are asked to park only on east-west streets and main arterial streets.

The snow plowing shifts to east-west streets on Wednesday, with parking preferred only on north-south streets and main arterial streets.

Unlike during a snow emergency, vehicles parked on these streets during plow operations will not be ticketed or towed.

“We ask Saint Paul residents to help us by moving their cars on Tuesday and Wednesday so we can take full advantage of the sunshine and warmer temperatures to remove early season ice and snow. Our experience has shown when we remove ice early in the season it allows us to effectively clear the streets throughout the winter months,” said Kathy Lantry, Director of Saint Paul Public Works, in a statement. “We hope to minimize the disruption for our residents by plowing during the weekday while many people are away from home.”

RELATED: Where should I park in a snow emergency?