Students will not return to class on Friday, but educators will return to work at 1:00 p.m. 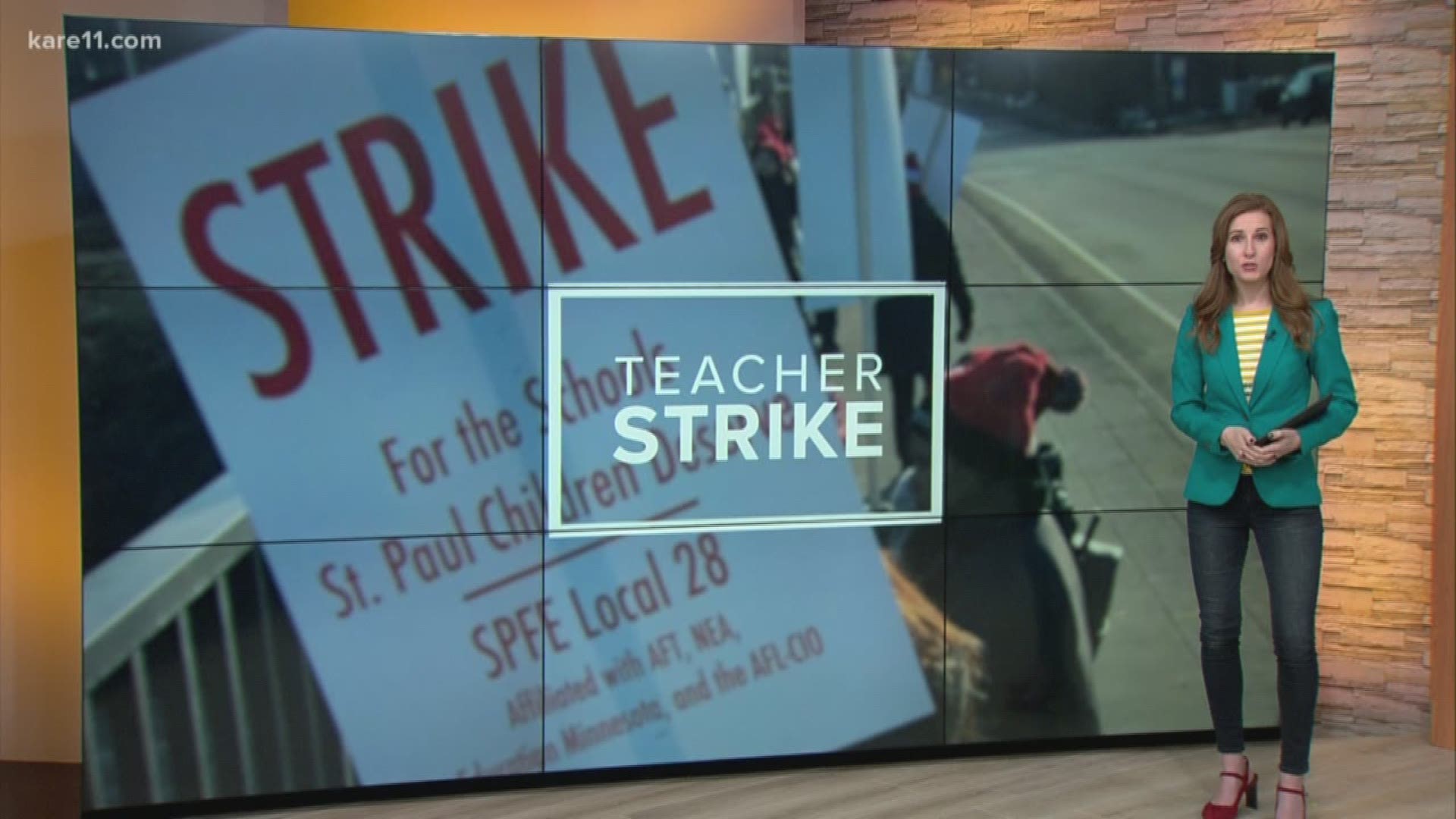 ST PAUL, Minn. — After a three-day strike that cancelled classes in one of the biggest school district in Minnesota, St. Paul Public School teachers and the school district announced they have reached a tentative agreement on a new contract.

Educators will return to work at 1:00 p.m. Friday. Students will not have class on Friday. Their return date is scheduled for Monday, March 16.

According to a press release from the St. Paul Federation of Educators, the SPFE, the tentative agreement will give students some of the additional resources demanded by the striking teachers union. The Union also cites coronavirus worries as a factor in reaching an agreement.

“Only an unprecedented pandemic and concern over the health and safety of our students and staff stopped St. Paul educators from fighting harder and longer for more resources for our children,” said SPFE President Nick Faber. “Still, this strike demonstrated the power educators have when they use their collective voice.”

A ratification vote will be scheduled for a later date, where the full SPFE membership will decide if they want to accept the agreement, according to the press release.

The St. Paul Public Schools sent out their own press release announcing the tentative agreement.

"We are glad to reach an agreement with our educators," says Dr. Joe Gothard, Superintendent of SPPS. "Through hours of compromise and a laser focus on placing students above all else, we have a new two-year agreement that targets resources to areas of greatest need."

The agreement between the teachers union and the school district includes:

“Elected officials at all levels should be on notice,” Faber said. “Educators are willing to take mass action to get the schools our students deserve.”

A press conference with SPFE is scheduled for noon on Friday.