Police officers found "Ladybug" - a Shar Pei, Pitbull and Retriever mix - inside the reported stolen Dodge Caliber, along with a 33-year-old woman. 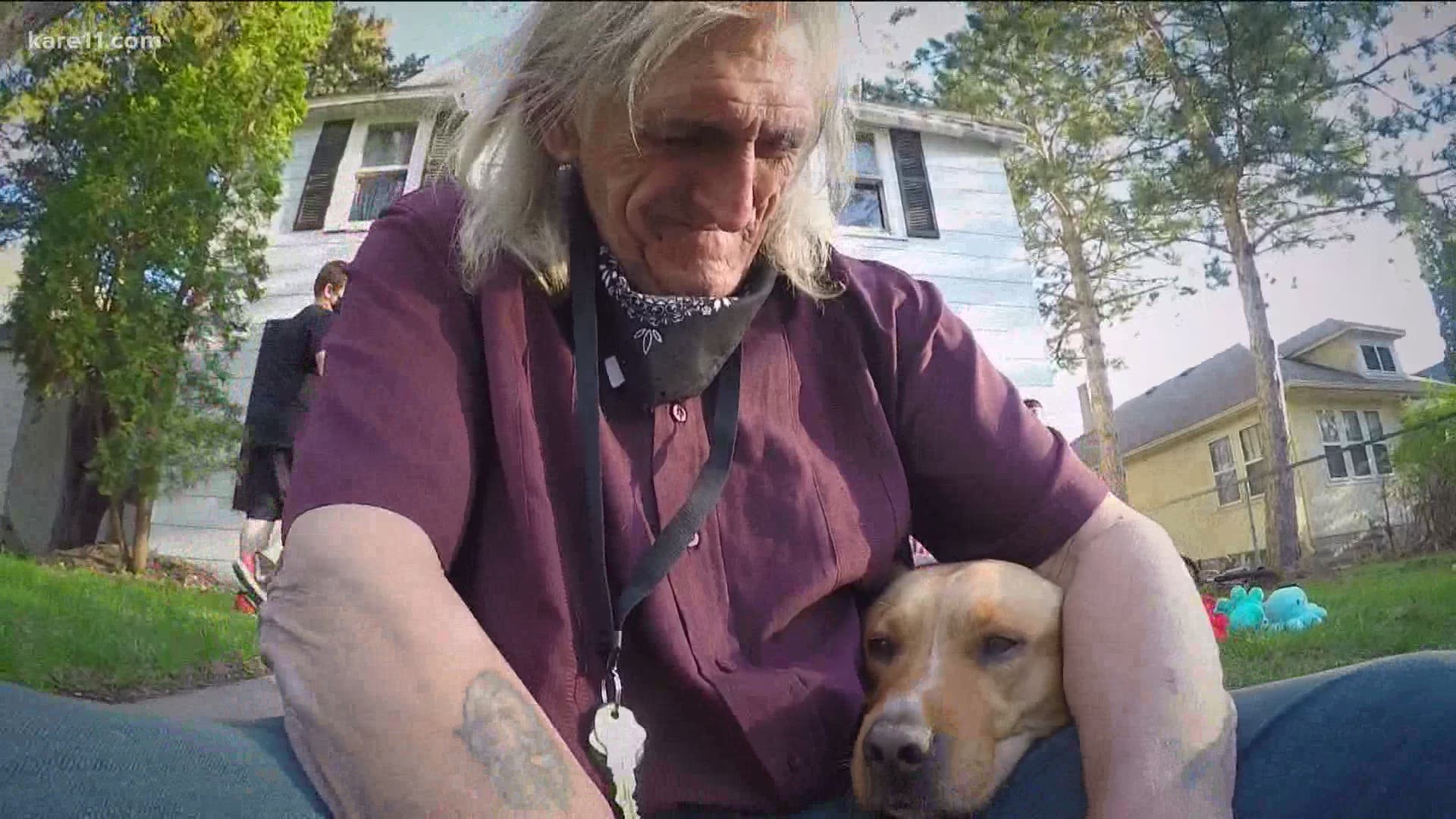 ST PAUL, Minn. — The St. Paul Police Department posted on social media that a car with a missing therapy dog that were allegedly stolen have been found and returned to its owner, a U.S. Navy veteran.

"I couldn't sleep and when I did kind of nod out, I'd have nightmares that something happened to her," said the dog's owner, James Booth.

The dog named "Ladybug" is a Shar Pei, Pitbull and Retriever mix.

Booth says he and Ladybug have been inseparable for the last ten years.

Booth reported his gray 2008 Dodge Caliber stolen with Ladybug inside on Tuesday. It happened at the Catholic Charities parking lot in downtown St. Paul.

On Thursday evening, St. Paul Police tweeted a person who saw a story about Ladybug saw the stolen vehicle and called 911.

Police officers found the dog inside the reported stolen Dodge Caliber, along with a 33-year-old woman.

Police say Ladybug was returned home to Booth and the woman was arrested.

"She's my best friend, aren't you baby," Booth said to Ladybug upon her return.

Someone saw a story about her, then saw the stolen vehicle and called 911. Officers showed up and found Ladybug inside the stolen Dodge Caliber, along with a 33-year-old woman. Ladybug was returned home, the woman arrested.