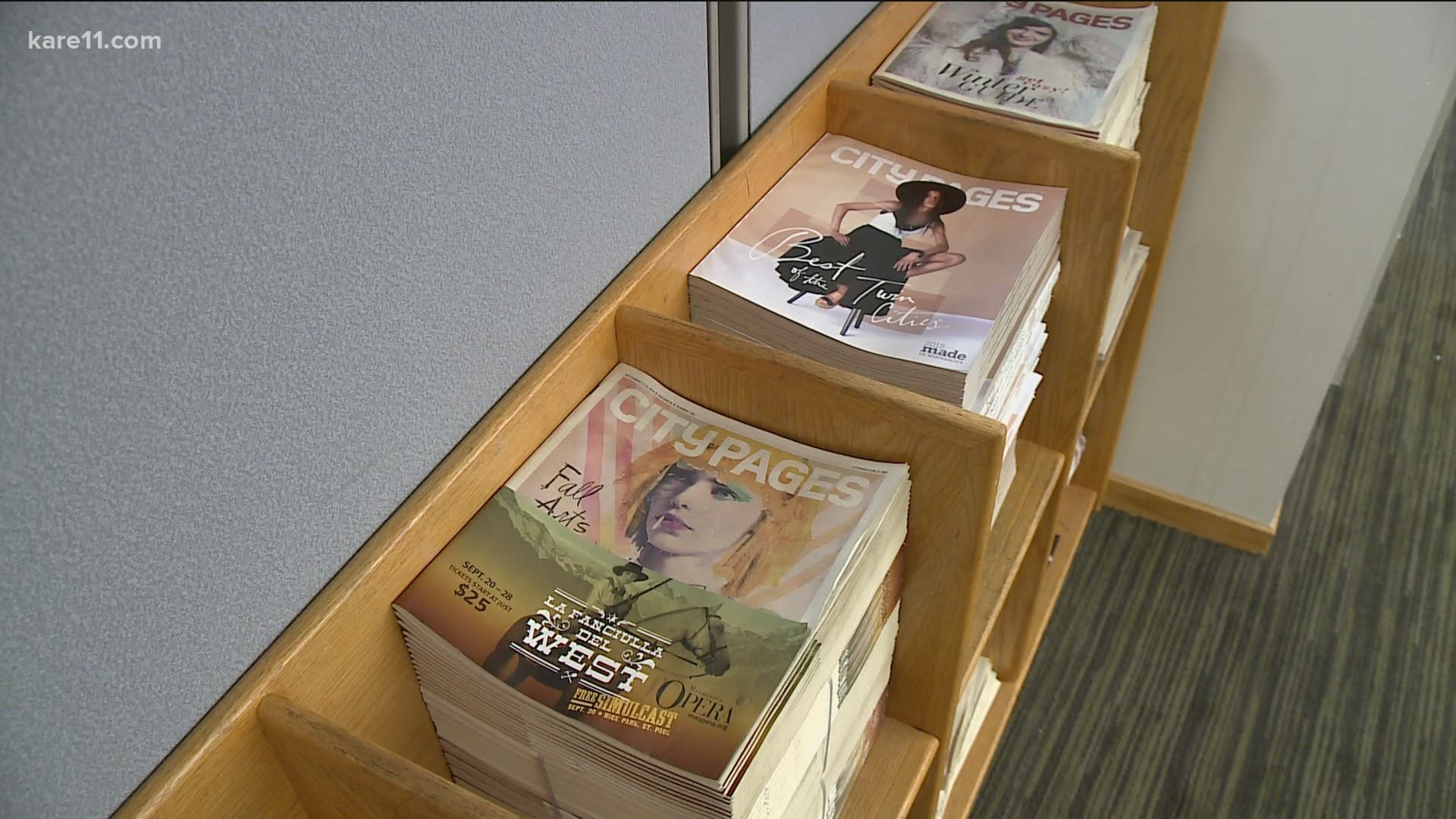 MINNEAPOLIS — According to a Wednesday article from the Star Tribune, City Pages will end operations and close immediately.

The article said that due to a loss of ad revenue tied to the COVID-19 pandemic, Star Tribune Media Co., which owns City Pages, could no longer sustain the alternative weekly outlet.

If a weekly paper could have a personality, City Pages would be the punky underdog. At least it was when it began, according to David Brauer.

"It began as a publication called Sweet Potato," he said. "It was a sort of the insurgent competitor to the Twin Cities Reader which was a much more established weekly, at least by the definition of that time."

Brauer who has penned more than just a few headlines for City Pages in the 90's, said he remembers his time there fondly.

"It really was a top-drawer news operation that competed with the big dailies," he said. "Didn't have as many stories but the stories it did have, had impact. It was a lot of fun to work at, and I think really for the last 20 years, it's kind of ridden the same rollercoaster that most media outlets have."

Shifting readership landscapes, changing habits and declining ads, all contribute to the struggles of newspapers. City Pages was no exception. The coronavirus pandemic ultimately becoming the crusher, according to the Star Tribune.

"Their bread and butter was the club, arts, dining scene and we all know how much those are suffering," he said. "You don't have to pick up a paper to. So it's really sad."

Brauer said on top of the lifestyle reporting, City Pages had a history of being edgy and keeping those who were in power, in check.

With the specific ethos that City Pages brought to Minneapolis, now gone, Brauer said something must fill in the gap.

"I think there is value in a professional operation with editors and reporters," he said. "And editors checking those reporters and reporters challenging those editors. Frankly [it's] just continuing to look for holes in the larger media coverage."

The Star Tribune article also said that 30 people will lose their jobs due to this closure, though a GoFundMe page has been set up for City Pages staff by Star Tribune digital projects editor Matthew DeLong.

The last print edition of City Pages will be distributed this week. The article said the company is making plans to preserve the print archive of City Pages. Its website will remain online for an unspecified period of time, but will no longer be updated.