Officials say drivers are becoming what they call extreme speeders, people traveling in excess of 100 miles an hour. 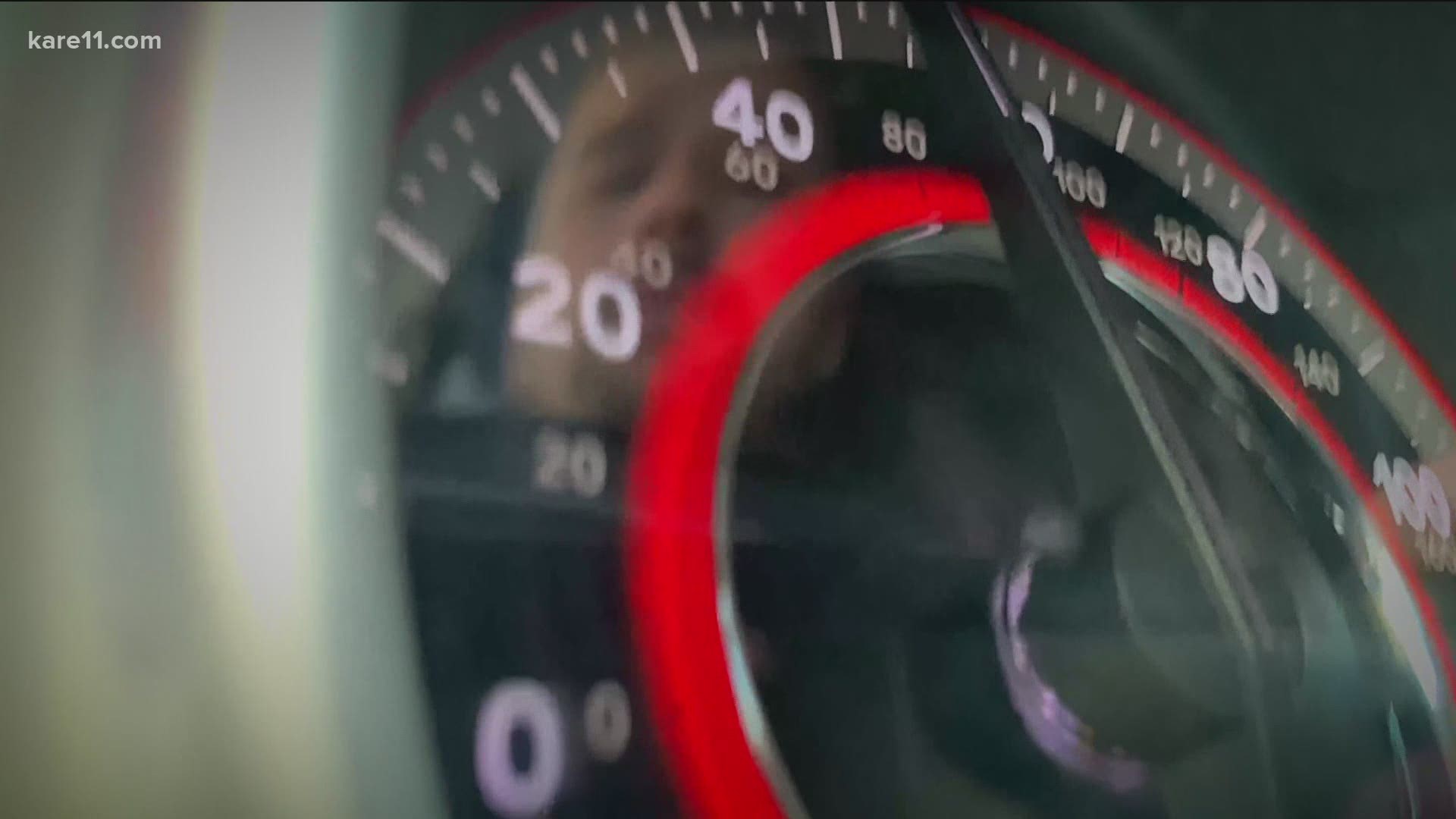 ST PAUL, Minn. — Slow your roll Minnesota. That's the message state safety leaders are trying to get across to drivers as some are choosing to treat our highways more like a racetrack.

"We are really going in a bad direction when it comes to safety on Minnesota roads," said Mike Hanson, Director of the state's Office of Traffic Safety, DPS.

Officials say drivers are becoming what they call extreme speeders, people traveling in excess of 100 miles an hour. A trend which is tragically contributing to a rise in traffic deaths.

"Over one third of the fatalities that have occurred on Minnesota roads so far this year are the direct result of a driver making that decision to speed," said Hanson.

For some perspective, there have been 83 traffic deaths this year in Minnesota and 33 of which were due to speeding. That's compared to 19 speeding-related deaths at this time last year.

"These are real people that are dying out there," said Hanson.

At this rate Hanson says we could be in for a dangerous summer.

"Instead of going to the lake or going to the cabin or going up north for the weekend, many families are going to wind up going to funerals," said Hanson.

Hanson believes the steady rise in speeding related deaths is in direct connection to people being used to not having as many cars on the roads throughout the pandemic.

"That just created a lot more open space for drivers to use and abuse, less congestion, it just made it easier for drivers who chose to make that decision to push on that accelerator pedal and go faster than they should’ve been," said Hanson.

A potentially deadly decision which state officials say can easily be prevented.

"We need drivers to cool down before the temperatures get too hot," explained Hanson. He went on to say, "we need to get back into the mindset of cooperating with each other and being a courteous driver and not being that aggressive driver."

State officials say they’re partnering with law enforcement agencies from across the state to help patrol the highways, and have invested more than a million dollars to do so.

The Department of Public Safety sent the following statistics:

OTHER NEWS: Stimulus check timeline update: Veterans should start getting $1,400 payments next week